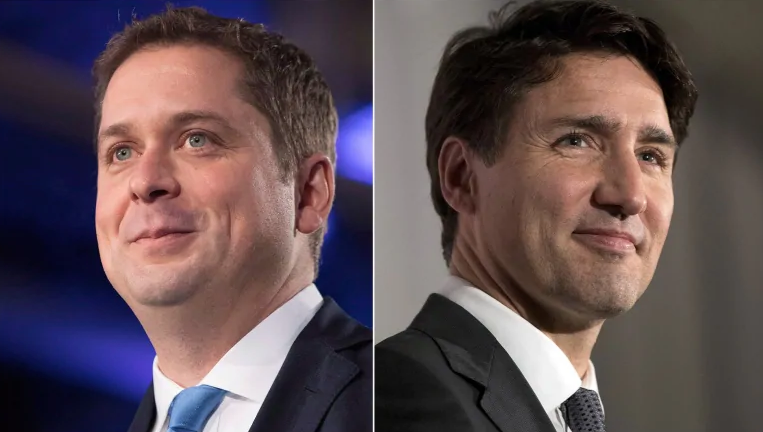 There's an old adage in military planning: no battle plan survives contact with the enemy. It works just as well with election campaigns — certainly with any plans the parties might have drawn up when this election year began.

The Liberals and Conservatives have one target in October: 170. That's the number of seats needed to form a majority government. But the paths of least resistance leading each party to that number look very different today than they did six months ago.

In early February, the Liberals enjoyed a comfortable lead over the Conservatives in the polls. How that support broke down across the country put the party in a good position to be re-elected with a majority, even if it was reduced in size.

The thinking at the time was that the Liberals would be able to compensate for losses in places like Ontario, Atlantic Canada and British Columbia with gains in Quebec — at least enough to put them over the 170-seat mark.

But then the SNC-Lavalin affair blew those plans up. The Liberals have been trailing the Conservatives in the polls — and the seat projections — ever since. Both parties have had to draw up new plans as the front line has shifted.

So what do the paths to a majority government look like now?

The CBC's Canada Poll Tracker makes it possible to map out the path of least resistance for each party to reach 170 seats, and how that path has changed over the last six months. The seat projections currently put both the Liberals and Conservatives in minority territory — so to find the path to 170, we merely need to add seats in places where each party is estimated to be trailing by the smallest margins.

In other words, this projection tells us which 170 seats are likely to be the easiest for each party to win, based on where they stand in the polls today.

The Poll Tracker update of Feb. 12 was the last to include only the polls that were conducted before the Globe and Mail broke the SNC-Lavalin story.

On that day, the path to a Liberal majority government was quite different from the one the party had taken in 2015. In that election, of the seats won by the Liberals by the biggest margins, 75 were in Ontario and 37 were in Quebec.

But by early February, things had flipped. The path of least resistance for the Liberals included 59 seats in Quebec and only 57 in Ontario.

In addition to those seats, the Liberal path to 170 included 27 seats in Atlantic Canada, 14 in British Columbia, 11 in the Prairies and in the North, and two in Alberta.

But with the Conservatives being hamstrung in Ontario by the unpopularity of Doug Ford's Progressive Conservative government, the calculations for the Liberals to reach 170 have reverted to banking on Ontario.

Today, the path of least resistance to 170 for the Liberals counts on 69 seats from Ontario, 55 from Quebec, 13 from B.C., eight in Nova Scotia, six in Newfoundland and Labrador, six in Manitoba, four in New Brunswick, three in Prince Edward Island, three in the North, two in Alberta and one in Saskatchewan.

This scenario represents 12 more Ontario seats, a drop of six in Atlantic Canada and a loss of four seats in Quebec compared to the Liberals' pre-February path to a majority. It shows how voting intentions have shifted over the last six months — the Liberals' standing in Quebec and Atlantic Canada is now relatively worse than it is in Ontario.

Quebec still plays an outsized role in the Liberals' quest for 170 seats in 2019 — the party is estimated to need 18 more seats from the province today than it needed in 2015 — but it now looks like Liberal planners can hope for fewer losses in Ontario that need to be made good in Quebec.

The Conservative path to 170

In many cases, the Conservatives and Liberals are vying for the same seats that will decide which party wins and whether it will be a minority or majority government. Accordingly, Ontario has become less important for the Conservatives, while Quebec and Atlantic Canada have become more important.

Back in February, when the Conservatives were trailing in the polls and a majority government seemed out of reach, the path to 170 looked tough.

Their easiest path included 72 seats in Ontario, 55 seats in Alberta and the Prairies, 23 in B.C., 14 in Quebec and just six in Atlantic Canada.

With the exception of more seats in Quebec and fewer out east, it was a map that looked very similar to the majority government Stephen Harper cobbled together in 2011 — with a heavy emphasis on Ontario and Western Canada.

Now, however, the polls suggest the Conservatives might have an easier time winning seats east of Ontario than they would in making significant gains in the province itself.

The easiest Conservative path to 170 today includes 59 seats from Ontario, followed by 33 in Alberta, 25 in B.C., 19 in Quebec, 13 in Saskatchewan, eight in Manitoba, seven in New Brunswick, five in Nova Scotia and one in Prince Edward Island.

That would represent significant gains over 2015 in many parts of the country. But compared to 2011 — and adjusting for the 30 extra seats that have been added to the map since then — the numbers are roughly similar in the West and in Atlantic Canada.

The Conservatives' required seat count is much lower in Ontario and much higher in Quebec. There are more than four times as many Quebec seats in the easiest Conservative path to a majority than there were in 2011.

It all shows how decisive Quebec could be in October. While the sheer number of seats up for grabs in Ontario still makes it the linchpin of any majority government, Quebec is the province where both the Conservatives and Liberals are counting on gains in order to put together a map that gives them 170 seats.

That means both parties are planning an offensive in Quebec this fall. We'll see if those plans can survive through to election day.