(...) would have a serious impact on new immigrants - especially those from Ethiopia, who must convert to Judaism in order to obtain full Israeli citizenship. 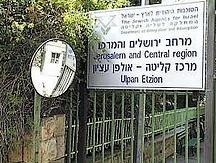 RUTH EGLASH - The Jerusalem Post *** Hebrew language instruction for new immigrants could become privatized within the next few years if plans being drafted by the Immigrant Absorption Ministry come to fruition, The Jerusalem Post learned on Tuesday.


"We are definitely looking into privatization," ministry director-general Erez Halfon told the Post, referring to plans to put out tenders for private companies to run the ulpanim. "We need to hold an emergency meeting with the Education Ministry to decide what happens next."
Halfon spoke to the Post following an emergency meeting of the Knesset's Immigration, Absorption and Diaspora Affairs Committee to discuss proposed budget cuts by the Education Ministry to the entire ulpan system.
While the Education Ministry is currently responsible for teaching Hebrew to adult immigrants, the office's director-general, Shlomit Amihai, said Education Minister Yuli Tamir had already approved transferring that responsibility to the Immigrant Absorption Ministry because "our priority lies with the children in the education system and less with teaching adults."
The meeting was called following recent reports that the budget for adult ulpanim, which are supplied free of charge to new immigrants as part of their standard absorption package, was to be cut by up to 50 percent.
Amihai told the committee on Tuesday that the plan was indeed to reduce the number of ulpan teachers, which currently stands at 600, to a mere 300 by January 1 and to cut up to NIS 40 million from the ulpan budget, in order to cover the pay increase promised to the country's teachers after the recent teacher's strike.
"It is not our aim to hurt new immigrants, but we have simply no choice but to cut the [ulpan] budget," she said during the meeting.
However, following a stream of harsh criticism from MKs present at the meeting, including committee chairman Prof. Michael Nudelman (Kadima), Ze'ev Elkin (Kadima), Avraham Michaeli (Shas), Sarah Meron (Gil Pensioners) and Leah Shemtov (Israel Beiteinu), Amihai relented and agreed to ensure that the cutbacks would not be felt on the ground until the beginning of the next academic year in October.
"We will strive to make sure that these cuts are not felt by those immigrants who are currently learning Hebrew," promised Amihai, although she told the Post afterwards that she could not guarantee that the cutbacks would not go ahead.
"Any kind of reduction to those basic hours [of learning Hebrew] will cause serious damage to the integration and absorption of all new immigrants," said Halfon at the meeting. "It will reduce their chances of finding employment and will mean their ability to manage on a day-to-day basis will be harmed."
He also said that any cuts to the religious conversion classes, which are also under the Education Ministry's budget and have been slated for cutting, would have a serious impact on new immigrants - especially those from Ethiopia, who must convert to Judaism in order to obtain full Israeli citizenship. (ns)
Welcoming Amihai's suggestion to pass the responsibility of the ulpan system over to the Immigrant Absorption Ministry, Halfon called on Education Ministry officials to hold a meeting as soon as possible to discuss whether it was indeed a viable option.
Elkin, who heads the Knesset Subcommittee for the Absorption of Children and Youth in the Education System, told the Post after the meeting that he was buoyed by the direction of the session and that if the privatization plans suggested by Halfon came to fruition, it would be a big improvement on how Hebrew is taught to new immigrants.
Nudelman said the committee would hold a follow-up meeting in March to ensure that a changeover between the Immigrant Absorption and Education Ministries had indeed taken place and to make sure that Amihai kept her promise not to take ulpan hours away from new olim.
- source