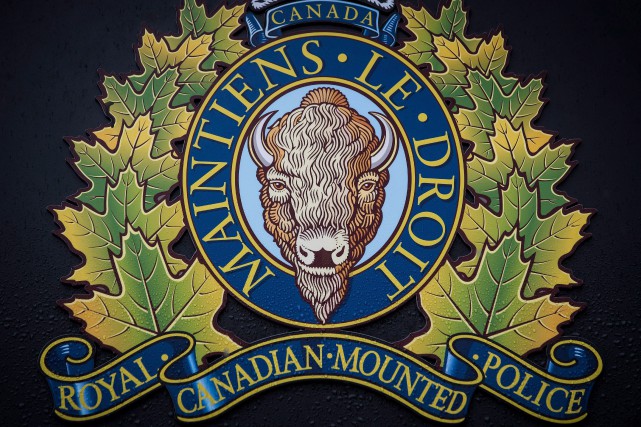 A man with ties to Quebec far-right groups discussed staging a fake terrorist attack to “wake up” people in the province and encouraged his peers to start training with firearms.

In private chat logs obtained by the Montreal Gazette, a man calling himself Phénix le Patriote wrote that “(there) would have to be a fake terrorist attempt” to “scare the hell out of” Quebecers.

He followed the post by adding, “don’t worry … many actions coming up.”

Phénix also shared an image of targets he had fired on with a 9-mm and .22 calibre pistol at a shooting range in Joliette. Alongside the image, dated Jan. 22, 2018, he added the caption, “do as I do brothers.”

That comment was met with the reply, “Great job, Patriote. Keep your aim true” from another member of the private chat.

The activist who uncovered the chat logs shared them with the Sûreté du Québec last January, alongside evidence that suggests Phénix may be a member of the right-wing group La Meute.

“(Phénix is) not the type of person we’re looking for as a member,” said La Meute spokesperson Sylvain Brouillette. “The Patriotes (online group) has nothing to do with La Meute. There’s actually tension between us.”

A representative from Storm Alliance denied any knowledge of the chat group.

The SQ received the complaint last winter and passed the information along to a unit that investigates hate groups, according to a police source.

“We can’t comment on this particular group but we do keep an eye on extremism of all stripes for criminal activity,” said Lt. Hugo Fournier of the SQ. “But again, we can’t confirm or deny anything about this group.”

A detective with the Montreal police says people should report these types of incidents to law enforcement.

“It’s a criminal act to encourage others to commit violence,” said Line Lemay, a lieutenant-detective with the department’s hate crime task force. “You don’t want something terrible to happen and then, after the fact, you hear about how there were all these signs.

“Just because you report someone doesn’t mean we’ll treat them like a criminal. Often it’s just a matter of contacting the person and letting them know their words have consequences.”

One anti-radicalization expert told the Gazette he was “extremely worried” about Phénix’s posts.

“Someone who says these things — in public or in private — is clearly in a dangerous state of mind,” said Maxime Fiset, a project co-ordinator with the Centre for the Prevention of Radicalization Leading to Violence. “People around him should call the police to make sure those words aren’t backed up with action.”

While it’s difficult to gauge how serious the posts are, Fiset says the images of Phénix’s target practice suggest he may have the means to commit a violent act. He added it’s troubling to see none of the other group members challenge him on his extremist ideas.

“When no one discourages you, when the exchanges only escalate, the idea of real world violence becomes normalized,” Fiset said. “And it becomes possible for him to commit a violent act.”

One of Phénix’s associates, in the chats, goes by the username Heinrich Himmler — a reference to the Nazi commander who directed the killing of 6 million Jews during the Holocaust.

People who post hateful or extremist comments online are frequently isolated, angry and suffer from mental illness, according to Lemay.

“They often take the anger about whatever is going wrong in their life and they target immigrants or some group of people with that anger,” she said. “Our job is to assess how serious the threat is and sometimes simply to put people in touch with mental health services, a local clinic and just work to the root of the problem.”

When police do intervene, they can refer cases to the Centre for the Prevention of Radicalization Leading to Violence.

One of the challenges of investigating online extremism is that users often use pseudonyms and post in secret Facebook groups, away from prying eyes. Because police don’t actively monitor right-wing groups, they rely on tipsters to report problematic online behaviour.

Often, the work of investigating these networks is carried out by online vigilantes who infiltrate the groups and gather intelligence on them. In this case, a Twitter user who runs the anonymous @LeTroupeauQC account uncovered the secret chat logs.

On social media, Phénix also writes about taking classes at a martial arts gym in Joliette. He uses the Quebec Patriotes flag — which symbolized the 1837 Lower Canada Rebellion — as his social media avatar.

In the Patriotes chat group, members talk about wanting to act as advisers to Aline Lafond. Lafond is an activist who has called for the abolition of the Quebec Liberal Party because, she claims, it wants to “destroy Quebec identity, destroy our borders and allow the free circulation of illegal, potentially dangerous immigrants.”

In public, Storm Alliance and La Meute strongly deny any claims that they target Muslims or immigrants. Leaders in both groups insist they only have a problem with illegal immigration and Islamic extremism.

However, on their private pages, some share anti-Muslim conspiracy theories and have in the past joked about gift-wrapping a pig’s head and leaving it at the door of a Quebec City mosque.

Months after the exchange about the mosque, someone left a gift-wrapped pig’s head at the foot of the Centre Culturelle Islamique de Québec.