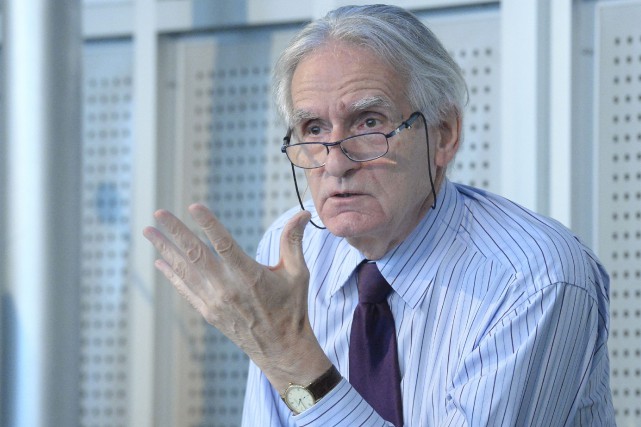 François Legault’s government is not ready to lead a conversation about secularism in Quebec.

That’s what Gérard Bouchard, one of the co-authors of Quebec’s 2008 report on reasonable accommodation, said Friday after a panel discussion organized by Le Devoir.

“There are people in this government who arrived not entirely prepared and who are learning, right now, that Mr. Legault may have gone a bit far,” said Bouchard, the sociologist who presided over the Bouchard-Taylor Commission.

“Now (Legault) will take the time to revise his positions. That’s why I’m not being too critical (of the Coalition Avenir Québec government). As they say, we’ll see. We’ll see.”

In particular, Bouchard says he took exception to the CAQ referring to his report to justify firing kindergarten teachers and civil servants for wearing religious symbols on the job.

“They’re ascribing ideas to us that were never in our report,” Taylor said. “Banning kindergarten teachers from wearing religious symbols? We never suggested that.”

Until Friday, Bouchard had largely stayed out of the contentious public debate over secularism in Quebec. His co-commissioner, the philosopher Charles Taylor, has weighed in on the CAQ’s religious symbols ban, calling it dangerous, appalling and destructive.

Bouchard added his voice to that criticism; taking aim at the CAQ’s proposals, but also at the tone and tenure of Quebec’s decade-long conversation over religious neutrality.

He said the debate over secularism in Quebec has been hijacked and turned into a fight over the rights of Muslim women that ignores the oversized role Christianity plays in political life.

“We can’t logically and honestly reduce the rights of certain citizens, when it comes to religious symbols, while we still have a crucifix in the National Assembly,” said Bouchard, to a chorus of applause. “And we allow city councils to recite (Christian) prayers before their meetings.

“We lose all credibility vis à vis minorities and people who would be affected by a religious symbols ban. If I were in their place, that’s the argument I would use and with reason.

“We have some homework to do, but I’m not sure it will happen with this new government.”

Bouchard said he would welcome a meeting with the new premier.

Though Legault has insisted he wants the state to be neutral, he’s also said the crucifix that hangs over the National Assembly will remain in place. The cross, Legault says, is a part of Quebec’s heritage.

“When you look at the cross on Mount Royal, that’s a part of our heritage,” Bouchard said. “No one wants it to come down. It’s effectively been disarmed. It’s not truly a religious symbol.

“But the cross in the National Assembly is very much the subject of debate. It isn’t a harmless symbol and it’s not a part of our heritage.”

The Bouchard-Taylor Commission’s recommendation to remove the crucifix from the National Assembly and put it in a museum was rejected by successive Liberal and Parti Québécois governments.

Its key recommendations — that prison guards, police officers and judges not be permitted to wear religious symbols, have largely been accepted by the province’s major political parties.

The report called for employees of the state not to be allowed to wear niqabs and burkas, two face-coverings worn by Muslim women. But it otherwise left the question of religious symbols untouched.

Instead of heeding the commission’s advice, Bouchard argues, the PQ, Liberals and CAQ chose to cherry-pick aspects of the report that suited their political needs without offering much in the way of compromise.

“It’s imprudent to detach one piece of the secularism debate and to make that the focus of the conversation,” he said. “We’ve been doing that for last 10 years, where the debate on secularism is centred on a debate about wearing the hijab.

“I believe it’s a polarizing way to have that debate and only deepens divisions and it makes it impossible to have a conversation. That’s why we’re stuck with the status quo.

“We all have compromises to make. That’s our first duty.”

Bouchard’s fear, he said, was that if the majority of Quebecers don’t begin to make some concessions in the debate, they’ll create deep and irreparable divisions with its religious minorities.

“We’re well on our way toward that situation given the last 10 years,” he said. “When we want to reduce the rights of some citizens, we have to be sure we’re doing it for superior motives.

“Because there’s a cost to pay. The cost we pay is that it will always be the same populations that suffer the consequences, they always have to shoulder that cost.”

After the panel discussion, Bouchard was approached by a man who made an agitated, emotional appeal against Islam, which he referred to as a “barbaric religion.”

“It isn’t compatible with our way of life,” the man said. “What about when they become the majority in Quebec? Their religion seeks to do that by conversion or by war.”

Without even raising the tone of his voice, Bouchard replied:

“Here, in Quebec, Islam is perfectly legal and there has been an act of terrorism, but it came from the other sphere,” he said, referring to the Quebec City mosque shooting that left six Muslim men dead last year.

“Islam wasn’t the problem there. What acts of barbarism are there in Quebec linked to Muslims?”

“Well, in other places …” the man replied.

Bouchard cut him off: “But here, in Quebec?”

“But once they form a majority, they’ll do whatever they want,” the man yelled. “That’s their goal, to achieve that by a war or by invasion!”

“You think they’ll become a majority? That’s absurd,” Bouchard said. “No one is preventing us from living our lives. … They send their children to the same schools as ours. In 30 years, their ideology will likely become (more like ours). Sir, respectfully, we disagree.”

And with that, the man — still shaking with anger — walked away.

“A nation like ours, we have to try to achieve a maximum of unity and solidarity to be as strong as we can,” Bouchard said. “That should weight heavily on our reflections about secularism.”