Why TransCanada won’t back down on Keystone XL now 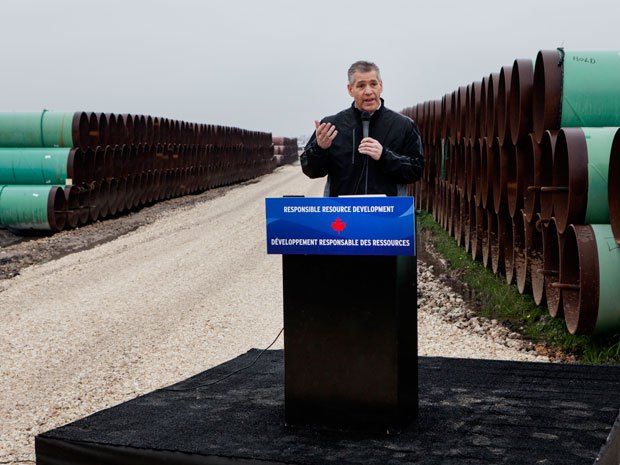 Retreat and cut your losses, or carry on fighting. Those are the choices facing TransCanada Corp. after Barack Obama’s Good Friday non-decision to put Keystone XL on hold, yet again, possibly until next year, perhaps indefinitely.

For sure, pulling the plug would be liberating. Why fight the fight when the rules keep being changed by a U.S. President who ignores his own commitments, makes a mockery of his regulatory system and tramples over the free trade relationship between the United States and Canada?

Besides, delays are expensive: equipment sits idle; staff time could be put to better use on other projects; commitments expire; there are lobbying and legal costs. At some point Calgary-based TransCanada will have to make its own calculation about whether to continue to bear the burden of a regulatory and legal charade.

Delays are also exhausting and demoralizing. Decisions are put on hold. Investors get nervous. Bad choices are made. The weak suffer the most, such as the unionized workers who had been hoping to start building the northern portion of the Alberta-to-Texas pipeline this summer and are instead facing unemployment.

But it’s the message that a retreat would send that will keep it from happening.

Much like KXL has become a symbol to environmentalists who want it defeated to show progress on climate change, the pipeline is now symbolic to those in the energy economy who want it built to demonstrate they won’t be pushed around by fringe groups preaching extreme solutions based on dubious information that would be disastrous for North America’s economy, security and the environment, too, given the rise in rail traffic that the state of pipeline indecision is encouraging.

If anything, watch for it to widen to new fronts.

The energy company said its customers remain “100% behind Keystone XL, and we have a waiting list of companies that would be interested in shipping crude oil through this pipeline if additional room became available,” said spokesman Shawn Howard.

“Energy infrastructure projects like Keystone XL are designed to meet a need — and that need has not has changed. Our customers want a direct connection between U.S. and Canadian oil fields and American refineries — and the energy security that it provides — this has not changed,” Mr. Howard said in an emailed statement. “The U.S. imports eight to nine million barrels of oil each and every day — this need has not changed. And that oil will continue to be needed well into 2040 to start our cars, cook our food, build our cell phones, make eye glasses and manufacture medications — all products we rely on each day.”

The State Department, which was finally nearing the end of its national interest determination review, capping more than five years of other reviews, decided to give government agencies more time to study the project. The excuse? It’s now waiting for the outcome of a legal challenge to the project before the Supreme Court of Nebraska that could alter the pipeline’s route.

The Nebraska routing challenge was proceeding on its own legal path and the KXL’s route remained valid, he said in a statement.

Now that Obama has made it even more political, politicians may have their own plans for KXL.

By frustrating Democratic senators who support the pipeline, the delay could encourage new efforts to pass legislation to approve KXL that cannot be vetoed by the President. A bill authored by Senator John Hoeven, a North Dakota Republican, was only four votes shy of the 60 needed, according to Bloomberg News. But half a dozen senators who support the pipeline but opposed the bill to give the President time to reach a decision may be ready to sign on.

With the mid-term election campaign gearing up, both sides in the KXL debate are expected to make the most of the President’s stalling tactics.

In the November vote, Republicans, who already control the House of Representatives, would also take control of the Senate if they gain six seats, enabling them to push through KXL and past a lame-duck President.

Meanwhile, there is zero urgency to work with the United States on joint greenhouse gas emissions regulations.

For all the criticism directed at Prime Minister Stephen Harper for delaying such regulations for the Canadian oil and gas industry, it’s now clear it would have been a huge miscalculation for Canada to implement rules under pressure from the U.S. that would have made its oil and gas industry uncompetitive — while getting strung along on Keystone in return.

Why TransCanada won’t back down on Keystone XL now