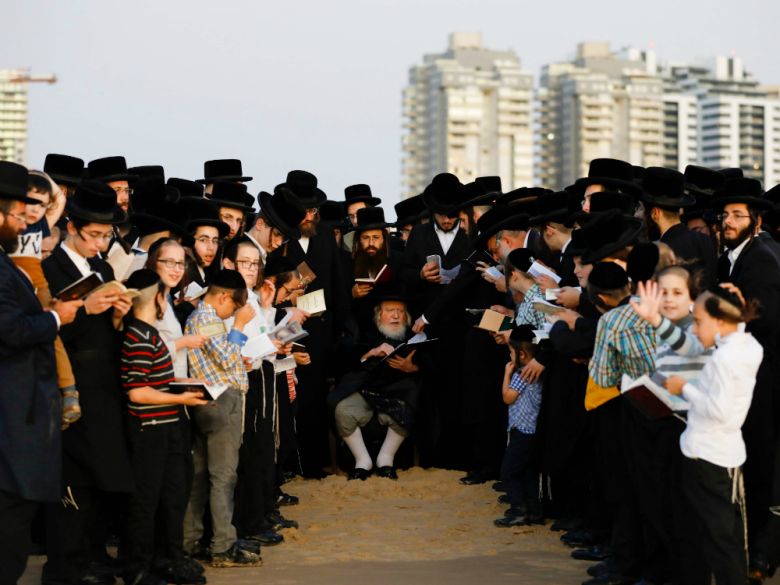 What presents, on the surface, as an unprecedented and complex political impasse in Israel is, actually, quite simple.

In a poll released in late September by the NGO Hiddush, 63 per cent of Israeli citizens supported a centrist government that admits no ultra-orthodox members to a coalition. That is as resoundingly clear a political mandate as there ever was. Problem is, Prime Minister Benjamin Netanyahu does not want to heed it.

They constitute a whopping 72 per cent of the state’s non-orthodox citizens, both Jewish and Arab Israeli. They work, pay taxes, the vast majority serve in the IDF and National Service (a civilian volunteer program), and vote for every political party in the mix, but not the extreme ultra-orthodox.

The poll responses align quite neatly with the voice of the electorate, most recently heard in the September election, the second this year. Yet, Netanyahu and his Likud party remain steadfast in refusing to form a coalition that excludes the ultra-orthodox.

And it seems that the paramount reason this obduracy persists is because the ultra-orthodox have pledged to support Netanyahu’s intention to legislate, as his first order of business, that no sitting prime minister may be prosecuted criminally; what is referred to colloquially as the “Immunity Law.”

At the moment, the PM is in the midst of pre-indictment hearings, a procedural requirement in Israel that is intended to provide his legal team an opportunity to explain why the contemplated charges are unjustified and unsubstantiated. The expectation is that Netanyahu will, however, and quite imminently, in fact, be charged on several counts of fraud, bribery and breach of trust. His preference, of course, is to drag out any prosecutorial progress for as long as possible, ideally for another few years. And, therein, lies the crux of his unbreakable bond with the ultra-orthodox leaders.

Israeli political “alliances” and “agreements” are notoriously unstable, shifting constantly. Parties and coalitions reconfigure frequently, often because of a single issue or personality conflict or ambition.

So, this unshakeable bond between the secularly-inclined Likud with the ultra-orthodox is peculiar. And the reason is very likely that for Netanyahu, the single most critical issue in his matrix is his personal legal conundrum.

An immunity law would also likely extend to two additional members of Knesset, who happen to be cabinet ministers, and also happen to lead the two large ultra-orthodox parties in the governing coalition. They both, also, happen to be facing imminent criminal charges. So, there is a compelling logic as to why these three senior MKs — Netanyahu, and his ministers of health and the interior — have entered into such a passionate alliance. But, their particular motivation — delaying their personal accountability under the law — does not resonate with the general public. At all.

Then why did so many still support Likud in the past election? Because there is a reverence of Bibi, particularly among working-class Jews of Middle Eastern origin, that is almost religious in fervour and devotion. He is seen by his base to be strong and unrivalled in skill in handling this brutal region. He is also a brilliant and deft hand internationally (a talent that even his committed political enemies concede).

And, for the most part, life is good. The economy is strong, tourism is thriving, tech is booming and there hasn’t been a war since 2014.

On the other hand, Likud effectively lost approximately eight mandates in the September election, approximately 20 per cent of its Knesset clout. The message would seem to be that even diehard Likud supporters are not enamoured of the ultra-orthodox alliance.

What the 63 per cent, many of whom are Likud voters, want — and likely expected — was that Likud would find a way to negotiate a coalition with Blue and White and, perhaps one or two additional small parties, but leave the ultra-orthodox on the outside, to reconsider their intransigent positions and extreme entitlements.

Nowhere in the world do the ultra-orthodox demand, never mind receive, the economic support from the state that they consider a birthright in Israel. They tend to have very large families (birthrate of 7.8). Most husbands do not work outside the home but immerse themselves in religious study full time. More than 90 per cent do not serve in the military or the national service, and their sons, in particular, are ill-prepared for the working world, as they do not study math, English, science or other “secular” subjects. (Ironically, ultra-orthodox girls are better educated in the secular core subjects, in part because they are seen to be intellectually unsuited to higher religious learning.)

In the early years of the state, founding prime minister David Ben-Gurion accommodated the ultra-orthodox demands for support, seeing the few hundred religious scholars benefitting as tragic tatters of a once great European community. Ben-Gurion was certain that within a few years the extremists would shed their old country ways and integrate into the new, secular, Jewish country.

It was, perhaps, Ben-Gurion’s most egregious error, as it became the foundation for the early entrenchment of the inflated and unsustainable expectations now confronting Israelis today.

This is a fight for the soul and future of Israel in a way that no other has been since 1948.

The 63 per cent cannot and will not continue to submit to the path of least resistance that has prevailed since 1948; to submit to the demands of the ultra-orthodox. The paradigm is broken and unsustainable, economically and socially.

This is what the election was and is really about: whether Israel will emerge a more mature and confident democracy, or concede, further, to the destructive power of a theocratically inclined minority.

— Vivian Bercovici is a former Canadian ambassador to Israel. She lives in Tel Aviv