This Is Canada's Depression: Surging Crime, Soaring Suicides, Overwhelmed Food Banks «And The Worst Is Yet To Come» 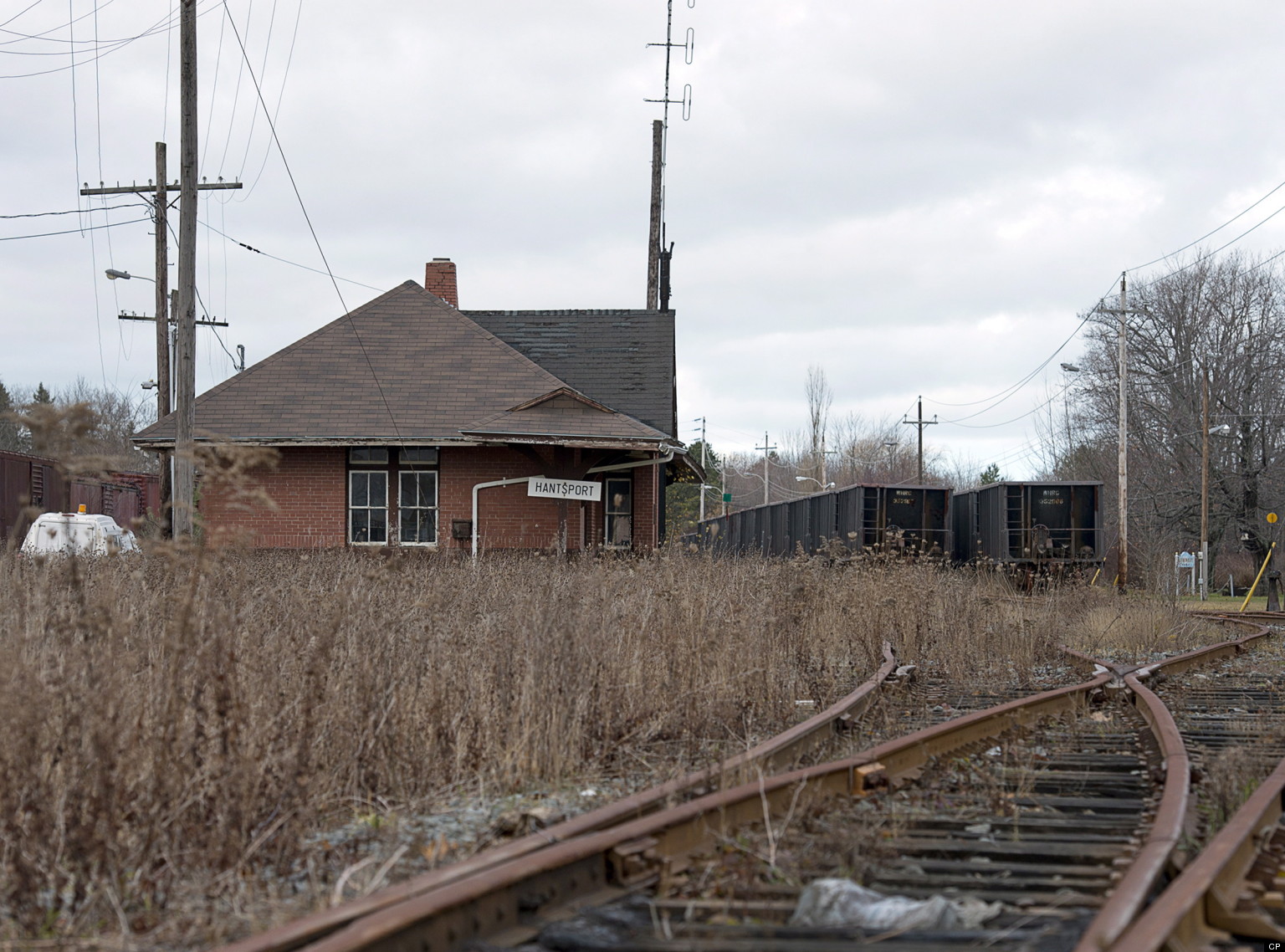 Back in March, we brought you “Drugs, Prostitution, Violence Plague Oil Boom Towns Gone Bust,” in which we detailed the plight of towns like Sidney and Bainville, Montana, where the slump in oil revenue has made it all but impossible for local authorities to cope with surging crime rates that some attribute to the influx of oil workers the communities experienced in the good old days of high crude prices.

The problem, apparently, was that despite the dramatic slump in oil, companies hadn’t yet begun to cut jobs or slash capex and so, officials were left with less money to put towards policing their growing populations.

As dangerous as it may be for small towns to experience exponential growth in what The Washington Post described as “highly paid oil workers living in sprawling ‘man camps’ with limited spending opportunities,” what’s even more dangerous is the prospect that suddenly, the majority of those workers will be jobless. That is, if there’s anything that’s more conducive to raising the crime rate than legions of highly paid young men living in small towns with “limited spending opportunities,” it’s legions of formerly highly paid young men stuck in small towns with limited job opportunities.

With that in mind, America can look north to Calgary for a preview of what’s in store for America’s oil boom towns.

Although Alberta’s largest city bares little resemblance to Sidney and Bainville, the three do have one thing in common: oil. "Calgary boasted one of the lowest jobless rates in Canada as crude prices rose over $100 a barrel [but] it’s now reeling after a global glut pushed prices down by two-thirds,” Bloomberg notes.

For our part, we’ve spent quite a bit of time documenting the city’s trials and travails:

As we noted earlier this year, resource revenue makes up nearly a third of Alberta's annual revenue:

"Alberta’s real GDP is expected to expand in 2015, but at a much slower pace of 0.6%. This is down from the Second Quarter forecast of 2.8%," provincial authorities wrote in March, in their quarterly fiscal update. That underscores just how significant the swift decline in crude prices is for the province. Since then, the government's projection for 2015 GDP has fallen by a full percentage point, as the economy is now expected to contract by 0.6%. Here's more from the latest fiscal update:

The sharp decline in oil prices has substantially reduced capital spending in the energy sector. Oil and gas investment is expected to fall over 30% in 2015, with weakness carrying into 2016. Conventional investment has been hit especially hard. Rig activity has declined almost 50% through the first seven months of 2015.

Lower oil prices are weighing on production and exports. Although exports remain an important driver in Alberta’s economy, the forecast for oil production has been revised lower since March. This mainly reflects unplanned disruptions in oil sands production and the significant slowdown in conventional drilling. In addition, weakness in the oil and gas sector has spread to other sectors of the economy. Alberta machinery manufacturing has fallen 20% since January. This can be mainly traced to declining industrial machinery and equipment manufacturing, which primarily serves the oil industry.

Needless to say, this has had a dramatic impact on jobs. As we reported on Tuesday, Canada is expected to lose some 100,000 oil and gas sector jobs by the end of the year. Jobs like those Jillian Berling-MacKenzie, 25, and her boyfriend used to have. Here's Bloomberg:

Jillian was one of the lucky few of her graduating geology class to secure full-time work this year, at oil company ConocoPhillips. She bought a house with her boyfriend, also a newly graduated geologist with a job, before they both became victims of the cuts. A friend’s company has provided some contract work paying slightly more than employment insurance as Berling-MacKenzie tries to land positions just about anywhere, seeing no postings she qualifies for in her field.

And then there's Keely Eng, 27, who was fired from an engineering position in March at Nexen and is now so worried about her future in the field that she simply threw in the towel and decided to go to medical school:

The dearth of opportunities has Keely Eng, 27, seeking a career change. Eng was let go from an engineering position in March at Nexen, the Cnooc Ltd. subsidiary. Dreading an extended job hunt, Eng took medical school exams and has applied to several programs.

And don't forget about Kevin Mulligan, 61, who was let go by Stampede and now works with his wife making Christmas decorations:

Kevin Mulligan, 61, was among Stampede workers who “got the Tuesday boot,” he said. The former park maintenance manager, six years from retirement, is helping his wife with a Christmas wreath-making side business to supplement severance payments while job-hunting.

“My new job is finding a job,” Mulligan said.

As The Financial Post notes, Alberta's troubles go beyond falling crude prices. "Apart from the protracted price declines, Alberta’s oil and gas sector has also had to contend with a 20 per cent hike in corporate taxes, a carbon tax and new regulatory policies to limit rein in carbon emissions," the Post writes, adding that "a new provincial royalty regime is to be announced in January, leaving Alberta oil and gas producers under a cloud of uncertainty [while] the new federal government also plans to unveil new policies, including a review of the regulatory process, which the sector sees as more burden in an already difficult environment for the industry."

As we pointed out three weeks ago, the real casualties in Canada are no longer metaphorical economic objects, but the very people who until recently enjoyed comfortable lives only to succumb to an unprecedented collapse in the local economy. According to the chief medical examiner's office, 30% more Albertans took their lives in the first half of this year compared to the same period last year. Here are the numbers:

Well, in the latest abysmal news out of Alberta, Bloomberg reports that food bank use and crime are now soaring amid the protracted slide in crude. "Calgary’s unemployment rate rose to 6.9 percent in November from 4.6 percent a year earlier, Statistics Canada data show, as 21,100 more were put out of work," Bloomberg writes. "Home sales have fallen 21 percent this year as the average price skidded 2.6 percent, according to the Calgary Real Estate Board." Here's more:

Crime is rising, home prices are falling and food banks are overwhelmed in Calgary as job losses spread. And the worst isn’t yet over in the heart of Canada’s oil patch.

Some of the city’s largest employers are poised to cut more jobs in 2016 as they reduce spending for a second straight year, adding to an estimated 40,000 oil and natural gas positions lost across the nation since the crude price rout began 18 months ago.

“We all know someone who has lost a job,” Naheed Nenshi, the city’s mayor, said in a speech this month, lamenting the “funeral"-like atmosphere in the business community.

Brown Bagging for Calgary’s Kids is providing 16 percent more school lunches than in September -- about 2,900 across 187 schools. The rise is unprecedented, said Tanya Koshowski, the group’s executive director. Food bank use jumped 23 percent in Alberta in the year ended March 2015, the country’s biggest increase, according to Food Banks Canada.

Police are pointing to economic decline and rising drug use to explain Calgary’s crime surge. In the first 10 months of 2015, commercial break-ins almost doubled from a year earlier, bank robberies were up 65 percent and home invasions increased 52 percent, Calgary Police Service data show.

Here are the graphs from CPS:

And here are the visuals from Food Banks Canada:

While it's not possible to definitively identify the proximate cause, it seems clear that the same mindset which is driving the suicide rate higher is also compelling Albertans to commit crimes. As Nancy Bergeron, who has answered distress centre phone lines for a few years, puts it, "people are just at wit's end."

Why? Because, as we put it previously, "simply because the price of a commodity has dropped to a third of what it was just over a year ago, and the shocking impact has been a paralysis of every aspect of financial, economic and social life, first in Alberta, and soon everywhere else across Canada, as the local recession (on its way to a depression) spreads across the country and eventually crosses the U.S. border."

One person who isn't concerned is Greg Cosma, a 58-year-old engineer was let go from Cenovus in October and now builds houses for Habitat For Humanity as a volunteer.

His message to new graduates hoping to find gainful employment in Canada's oil patch: “If you’re good at something, you have a future. Don’t sweat it.”