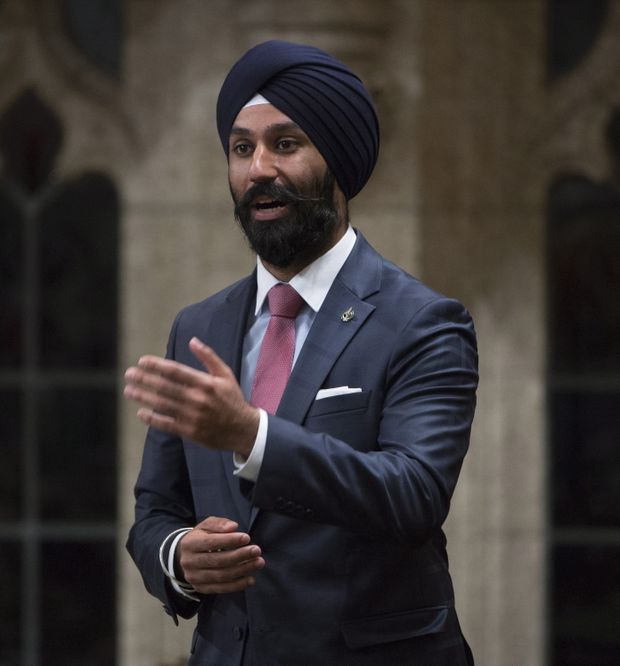 The RCMP have been investigating former Liberal MP Raj Grewal for months, closely analyzing millions of dollars in transactions, including at a casino near Parliament Hill, and occasionally tracking his movements, federal sources say.

Mr. Grewal resigned last week from the Liberal caucus and his seat of Brampton East, taking Parliament Hill by surprise, given that he was recently nominated to run for a second term in the next election.

However, there has been growing interest by law-enforcement authorities into Mr. Grewal’s gambling activities, according to the sources, who were granted anonymity by The Globe and Mail to discuss confidential information that they are not permitted to disclose. Those sources have direct knowledge of the investigation.

The sources said Mr. Grewal spent millions of dollars in total in the past three years, including at the Casino du Lac-Leamy, which Loto-Québec runs across the Ottawa River from Parliament Hill.

The Prime Minister’s Office said after Mr. Grewal resigned that the former MP is dealing with a gambling problem. Mr. Grewal is also under investigation by the federal Ethics Commissioner for bringing Yusuf Yenilmez, chief executive of ZGemi Inc., to an event during the Prime Minister’s trip to India. Mr. Yenilmez’s company also paid Mr. Grewal employment income while he was an elected official, and is a co-debtor on a vehicle loan for the former MP.

One of the sources said Mr. Grewal’s gambling activities triggered the disclosure requirements of the Financial Transactions and Reports Analysis Centre of Canada (FINTRAC), under which casinos must report transactions of more than $10,000 a day. Another federal source said Mr. Grewal exceeded that threshold many times over on occasion at the casino.

FINTRAC relayed the information to the RCMP. The police force eventually transferred the file to its national division, which is responsible for political matters. In addition to looking into financial transactions, the RCMP sometimes followed Mr. Grewal from Parliament Hill to the casino as part of the investigation, one source said.

According to the sources, the RCMP recently informed the House of Commons of their investigation so they could have access to parliamentary records involving Mr. Grewal. Under the concept of parliamentary privilege, the Speaker of the House must give consent before executing a search warrant or production order on Parliament Hill. The Speaker’s Office said on Monday that it cannot comment on specific cases.

The RCMP’s national division would not confirm or deny that it is investigating Mr. Grewal.

Mr. Grewal did not respond to a request for comment on Monday. He announced his resignation on Thursday in a Facebook post in which he referred to “personal and medical reasons” to explain his move.

“This has been a decision I’ve struggled with for some time now and one I made with great difficulty and real sadness. But I feel I need this time to focus on my health and family,” he wrote.

The PMO subsequently said Mr. Grewal was facing “serious personal challenges,” pointing to a gambling problem and the accumulation of “significant personal debt.” The PMO would not provide more information on Monday.

Mr. Grewal is a 33-year-old lawyer who also holds an MBA. First elected in 2015, Mr. Grewal had been a member of the influential finance committee of the House of Commons, as well as the health committee.

Mr. Grewal and Ms. Kasal, also a lawyer, married on July 22 and, by early August, a Brampton, Ont.-based numbered company, 2206492 Ontario Inc., placed a lien against one of their suites. Ms. Kasal was discharged from the lien on Nov. 16, less than a week before Mr. Grewal resigned, meaning she is no longer accountable for it.

And in August, Mr. Grewal and ZGemi Inc., a Brampton construction company, secured a Bank of Nova Scotia loan for a 2017 Land Rover valued at $116,824. Earlier this year, the New Democratic Party asked the Ethics Commissioner to investigate whether Mr. Grewal violated the conflict-of-interest code over the event on Mr. Trudeau’s India trip.

According to his most recent disclosure to the Ethics Commissioner, Mr. Grewal had lines of credit with Royal Bank of Canada, Toronto Dominion Bank and Bank of Nova Scotia, as well as the joint mortgage with HSBC Canada. In addition, Mr. Grewal disclosed that he had received employment income from ZGemi Inc. and a law firm called Gahir & Associates during his time in the House. Parliamentary rules do not require MPs to reveal the amounts they were paid, and there is no threshold for disclosure. Backbenchers are subject to fewer rules than ministers in terms of disclosure.

Tories would not challenge proposed Quebec ban on religious symbols in the workplace, MP says