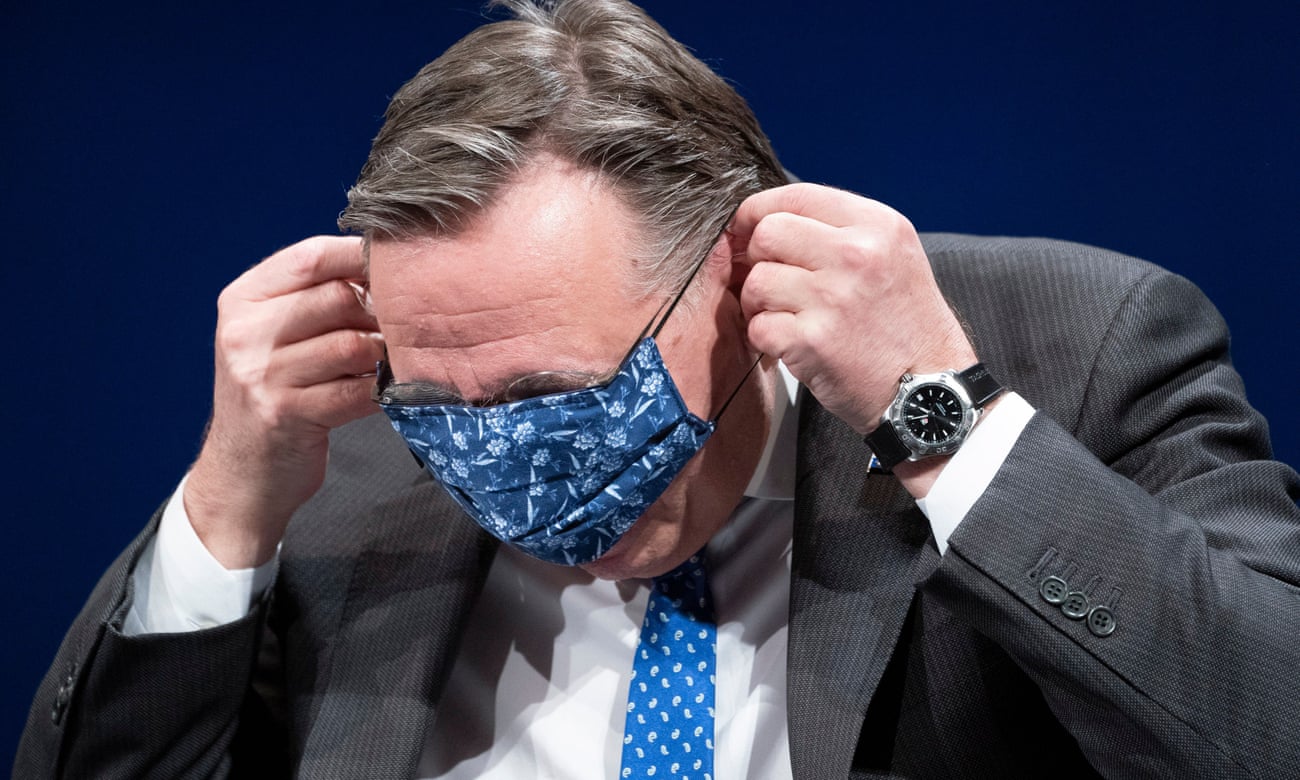 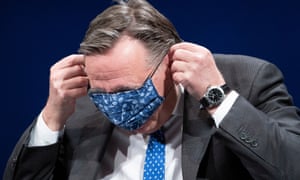 Quebec’s premier, François Legault, gets himself into a muddle over masks on Friday. Photograph: Canadian Press/Rex/Shutterstock

Less than a year after passing a secularism law forcing certain members of religious minorities to uncover their heads and faces, Quebec is now debating whether to force everybody to put masks on.

As the province at the centre of Canada’s coronavirus outbreak, Quebec is currently “strongly recommending” that citizens wear masks – but the measure will not be mandatory.

Asked why not, Horacio Arruda, the province’s public health director, told reporters: “You need to have a good argument for infringing on individual rights for the sake of a collective right.”

Coronavirus: the week explained - sign up for our email newsletter

But such arguments ring hollow to Nour Farhat, a Montreal lawyer whose dreams of being a Crown prosecutor were dashed after the Quebec government passed legislation last year barring certain public sector workers from wearing religious symbols at work.

“Bill 21 violates the rights of religious minorities without a real or urgent situation. And now that we’re in a real and urgent situation, the premier cares about violating people’s rights,” Farhat said.

“For them, it was always OK to violate the rights of religious minorities.”

Bill 21 has always permitted masks for medical reasons, and government media representatives say their hesitancy on masks is not related to that law. 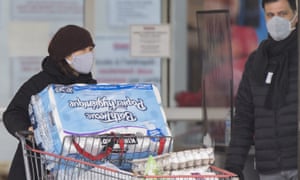 But head and face coverings carry a certain political weight in Quebec. Recent years have seen multiple instances of people trying to snatch hijabs from women’s heads in the province. And only last year did Montreal reverse a seven-year ban on people wearing masks at protests.

There is precedent for making masks mandatory, said the prominent civil rights lawyer Julius Grey, who said that the ban on smoking indoors was upheld despite suggestions that it infringed on aspects of the country’s charter of rights. 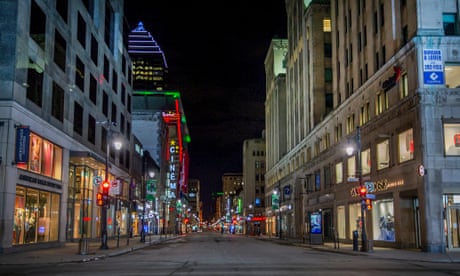 Why are so many people getting sick and dying in Montreal from Covid-19?

“The charter says ‘life, liberty and security of the person’. You can’t just put the stress on liberty and forget life and security,” he said. “I think it would be lawful to require a mask reasonably [in enclosed spaces], as long as it’s not done in a discriminatory manner.”

He added that physical distancing measures currently enacted may already violate some charter rights, such as freedom of association – albeit for good reason.

Quebec has seen more cases of coronavirus and more deaths than any other region of Canada, but the provincial government has delivered mixed messages on whether masks help limit the spread of Covid-19.

On 18 March, Arruda said in a minute-long video public service announcement: “Masks don’t prevent community transmission … If you want to protect yourself, it’s not the mask that matters. Just wash your hands.”

A string of conflicting statements from provincial and federal officials followed, until Canada’s chief public health officer, Dr Theresa Tam, said in early April that wearing masks in public would help limit the spread of Covid-19. The US Centers for Disease Control and Prevention and the World Health Organization have made similar statements.

Globally, examples abound of communities that implemented mandatory masks. Jena, a German city of about 110,000, did so in late March and saw a swift slowdown in Covid-19 infection rates. Its approach has been so successful that it was able to reopen bars and restaurants this past week.

A spokesperson for the Quebec government said there were no plans to make masks mandatory until scientific evidence is published showing that they reduce community transmission of Covid-19 and enough can be provided to supply the entire province. 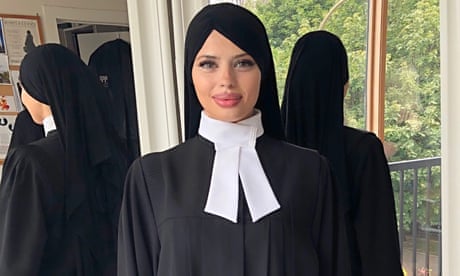 ‘It shut all my doors’: how a Quebec law banning religious symbols derails women’s careers

Farhat said she found the bureaucratic back-and-forth frustrating and hypocritical.

“This is life and death. This is the best example we can have for the government to infringe on human rights for a good reason – and the government won’t make the call. This is really irresponsible,” she said.

News is under threat ...

… just when we need it the most. Millions of readers around the world are flocking to the Guardian in search of honest, authoritative, fact-based reporting. As we face the biggest challenge of our lifetimes, we’ll remain with you, so we can all better understand the crisis. But at this crucial moment, news organisations are facing an existential threat. With advertising revenues plummeting, we risk losing a major source of our funding. More than ever before, we need your support to help fill the gap.

We believe everyone deserves to read quality news and measured explanation, in times of crisis and beyond. That’s why we keep our journalism free from a paywall and open to everyone. This would not be possible without financial contributions from our readers, who now support our work from 180 countries around the world.

We have upheld our editorial independence in the face of the disintegration of traditional media. Free from commercial ownership and political bias, our journalism is never influenced by billionaire owners or shareholders. Our agenda and opinions are our own, and this makes us different. It means we can challenge the powerful without fear – investigating, disentangling and interrogating.

We need your support so we can keep delivering open, independent journalism. Every contribution, however big or small, helps secure our long term future. Support the Guardian from as little as CA$1 – and it only takes a minute. Thank you.