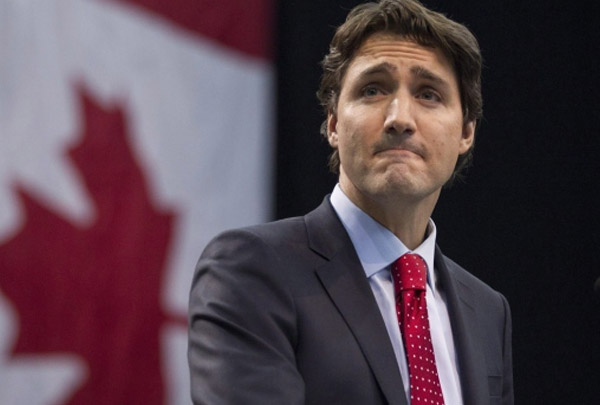 It's increasingly evident, as 2018 limps to a close, that Canada is more isolated on the world stage now than it has been in decades — thanks in large part to an indifferent neighbour to the south and the rise of isolationist and populist leaders in other parts of the world.

The challenges facing Justin Trudeau's government are many and complex.

One setback to Canada's international reputation — Trudeau's much-maligned trip to India early in the year — was self-inflicted. But most of the foreign policy challenges Ottawa faces now are the result of what the University of Manitoba's Andrea Charron calls a "massive shift" in the geopolitical landscape.

"China and Russia are wielding more clout both economically and militarily than at any time since the Cold War. Saudi Arabia is exercising unprecedented power in the world," said Charron, the director of the university's Centre for Defence and Security Studies.

"Canada needs to be more strategic about how it conducts itself on the world stage."

Saudi Arabia ordered 15,000 Saudi students to leave Canada, halted direct flights to and from Canada and froze new trade and investment — all over of a tweet by Global Affairs in August that called for the release of two jailed human rights activists.

Getting by with little help from our friends

And then there's China, which erupted in fury earlier this month after Canada detained Huawei executive Meng Wanzhou at the request of the Americans, who are seeking her extradition on charges of bank fraud and violating U.S. sanctions against Iran.

In both cases, the Trump administration did nothing, and said nothing, to support its northern neighbour.

"I am not going to get into this," said then-State Department spokeswoman Heather Nauert back in August when asked about the Canada/Saudi spat. Nauert is now Trump's choice to become the new UN ambassador.

It's clear that no one has Canada's back.- Kim Richard Nossal, Queen's University.

Canada's isolation extends to its ongoing confrontation with China, said Kim Richard Nossal of the Centre for International and Defence Studies at Queen's University.

"In each of those cases it's clear that no one has Canada's back," he said. "In that sense, Canada is indeed all alone. We did not see any of Canada's traditional friends and allies coming out and standing with Canada."

That silence from Canada's traditional allies does not go unnoticed by its antagonists. It tells China that it doesn't need to fear reprisals for arresting three Canadians in the immediate aftermath of the Meng detention. It tells China and Saudi Arabia both that the world will go on ignoring their human rights violations.

Bob Rae takes a different view of what the events of 2018 said about Canada's standing in the world. This country, said the former interim Liberal leader, did the right thing in calling out the Saudis for arresting activists, and in speaking out forcefully against human rights abuses elsewhere.

"You cannot remain silent in the face of that kind of abuse, that kind of misbehaviour," he said. "The fact we are not pulling our punches is a good thing."

Canada did record some foreign policy successes in 2018. Rae's work as Canada's special envoy to Myanmar, highlighting the plight of Rohingya families in refugee camps, helped to galvanize a global response to Myanmar's oppression of the Muslim minority.

The Trudeau government fulfilled a commitment to re-engage with UN peacekeeping missions by sending helicopters and 250 troops on a one-year mission to Mali.

But the main obstacle to Canada's foreign policy objectives was, and is, Donald Trump.

Renegotiating the North American trade deal took much longer than anticipated, thanks in part to the U.S. president's repeated threats to walk away from the talks, or to simply rip up NAFTA.

He imposed tariffs on Canadian steel and aluminum exports, arguing they constituted a threat to national security. He personally attacked both Trudeau and Foreign Affairs Minister Chrystia Freeland — referring to Trudeau as "very weak and dishonest" as he instructed his officials not to sign the communique following the G7 summit hosted by the prime minister.

Charron said that dealing with Trump consumed a vast amount of Prime Minister's Office staff time and resources over the past year.

"We have never had to put that much energy into our closest ally. Of course, the relationship has always had to be managed — but not with a full war room setting that has to devote all of its attention to the U.S. file."

Trump also played a role in escalating Canada's tensions with China when he suggested that he might intervene in Meng's extradition case if it would help to secure a trade deal with Beijing.

That comment suggested there was a political element to Canada's extradition proceedings. It also undermined the Trudeau government's efforts to expand Canada's trade and financial ties with the second largest economy in the world.

"It puts Canada in an extremely awkward situation," said Dan Ciuriak, an Ottawa-based trade consultant and a distinguished fellow with the Asia-Pacific Foundation of Canada.

Trudeau was asked repeatedly at his year-end news conference on Wednesday why he hadn't called Chinese president Xi Jinping to personally press for the Canadians' release. Each time, he stressed the need to avoid politicizing the case.

"We have always looked for ways to benefit mutually, with the creation of jobs and prosperity for our citizens, by accessing the growing middle-class market in China for our producers," he told reporters.

"At the same time, we also have to pay close attention to the fact that they don't follow the same rules we do. The human rights situation is not as front-of-mind as it is here. There are rules and standards that are Canadian, and we need to make sure that they are respected when we engage with them."

It's been a tough year for Canadian foreign policy. It's not at all clear that 2019 — an election year — will be easier.

Two world leaders who share many of Trudeau's views on signature issues like migration, globalization and climate change are facing troubles of their own. Germany's Angela Merkel is beginning a slow march to retirement, her departure sparked in large part by opposition at home to her migration policies. Emmanuel Macron of France had to scale back his climate plan after violent street demonstrations.

It all suggests Canada's isolation on the world stage isn't over yet.