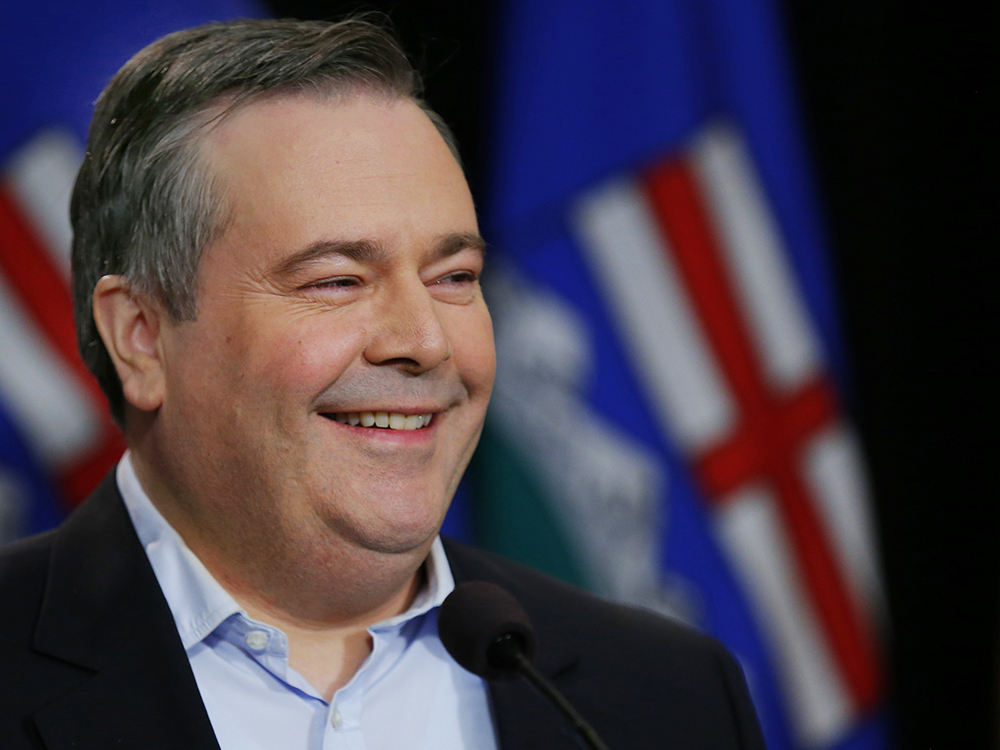 Andrew Scheer made a brief stop in Calgary late this week to campaign for former colleague and fellow Conservative leader Jason Kenney.

Alberta is friendly turf for the federal party leader — even when the weather isn't. The two stood on the back of a pickup truck in the middle of a baseball field Thursday, with the snow falling so heavily that a few hundred supporters stood caked in a layer of white.

It might have cut the rally a bit short. But then, the two leaders really only had the one, shared message.

"Are you ready in five days to end the Trudeau-Notley alliance?" Kenney thundered as the crowd roared its approval.

Both leaders talked about the importance of building more pipelines. Both railed against a price on carbon. Both dismissed NDP Leader Rachel Notley as a mere pawn in the hands of Liberal Prime Minister Justin Trudeau.

"I'll make you a deal right now," Scheer told the crowd. "This Tuesday, you all take care of the first part of the problem, and I will do my bit, and come October … we'll make sure that Justin Trudeau is a one-term prime minister."

Scheer doesn't stand to gain much in Alberta from his alliance with Kenney. The province has been federal Conservative bedrock ever since Trudeau's father introduced the National Energy Plan in the 1980s. Even a sweep here in the fall would give Scheer only a handful of new seats.

So he's in Calgary for another reason. Scheer wants another Conservative premier to join the ranks of those already opposed to any carbon tax, another premier willing to take Ottawa to court over the issue, and another ally willing to campaign against Trudeau's Liberals from now until the federal election this fall.

Defeating Notley is the first step in achieving that goal. Polls suggest Kenney's United Conservative Party holds the lead heading into the final weekend of the campaign.

But Notley's used to being the underdog. She wasn't supposed to win four years ago. And she's not conceding anything this time around.

Down the 'rabbit hole'

"What I have done is stood up for Albertans since day one," Notley said in an interview airing Saturday on CBC's The House. 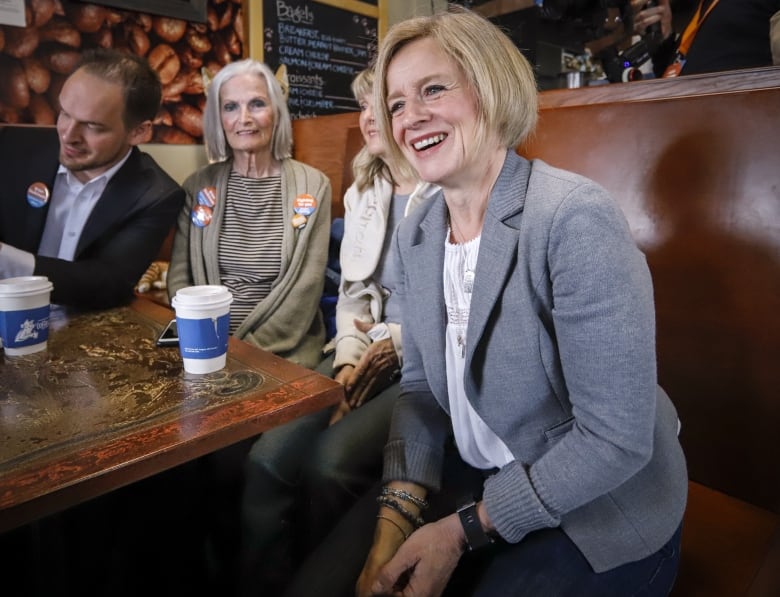 But the test in this provincial election campaign may have less to do with how a candidate stood up to Ottawa — and more about the results.

Is work underway on the expansion of the Trans Mountain pipeline? Not yet.

Has the federal bill banning tanker traffic off B.C.'s northern coast been "thrown in the garbage," as Notley recently called on the Senate to do? No.

Has the Trudeau government agreed to amend its bill changing the way major energy projects are reviewed? Again, no.

All of which sets up the likely ballot box question on Tuesday: Which leader — Notley or Kenney — is better equipped to resuscitate the oil and gas sector, to get people working again now?

The repeated blows to Alberta's once-powerful economy have rekindled the feelings of 'western alienation' that helped fuel the rise of the Reform Party way back in the early 1990s.

"You know, there's a lot of land between here and Ottawa," said John Guelly, of the Alberta Canola Commission. He and other canola farmers are trying to cope with China's recent ban on Canadian canola seed exports. Guelly said he's not sure the politicians back in Ottawa really understand what's happening to them.

"Sometimes it's a perception and sometimes it's the feeling that we are a long way away from those making the decisions."

The political meaning of 'pipelines'

Guelly isn't saying who he'll vote for on Tuesday. He said he and many other farmers will be looking for the candidates and parties paying the most attention to the plight of agriculture, the province's second largest industry.

Political scientist Lori Williams teaches at Mount Royal University in Calgary. She said pipelines have become a kind of catch-all election issue for Albertans, a place for them to park all the anger and anxiety they feel about the struggles of the energy sector, the massive job losses there — and the fear that the province's economy may never fully recover.

"Included in the word 'pipelines' is the economy and jobs," she said. "And I think most of the other issues are secondary to that."

Four years ago, when Notley stunned the political world by forming the first New Democratic government in Alberta history, both Trudeau and then-federal NDP leader Tom Mulcair embraced her win as a vote for change, and sought to hitch that message to their own upcoming election campaigns.

Don't expect the prime minister or Mulcair's successor, Jagmeet Singh, to be embracing change in Alberta in this election.

That will be Andrew Scheer's message. His challenge will be to make it resonate across the country, beyond the borders of Conservative-friendly Alberta.