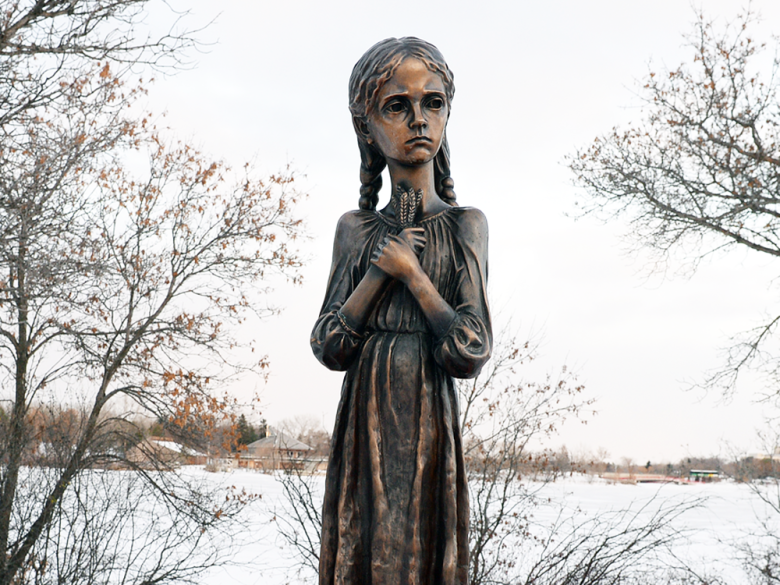 A day after Ukrainian students vented their fury at a University of Alberta lecturer who called the Holodomor famine “a lie,” Alberta Premier Jason Kenney slammed the “useful idiots” who engage in genocide denial.

Dougal MacDonald, who is listed as a lecturer in the university’s education department, said on Facebook that the Holodomor was a myth perpetuated by the Nazis. His comments led the Ukrainian Students’ Society to call them “harmful and false beliefs” that are unacceptable for an employee of the university.

“Sad to see some in Canada still engaged in this genocide denial,” Kenney said on Twitter on Thursday morning although he didn’t mention MacDonald by name.

Kenney also posted a video of a speech he gave about Holodomor, which was a fierce condemnation of “Western, supposedly-progressive voices who were complicit in one of history’s great cover-ups.”

“These were the useful idiots of whom Lenin wrote. Westerners who purposefully lied about one of the great acts of mass murder in human history,” said Kenney.

The speech was delivered last week at a Holodomor commemoration in Calgary and the video was posted in full on Thursday morning as the scandal around MacDonald erupted.

MacDonald’s comments were originally reported by The Gateway, the student newspaper at the U of A, and MacDonald responded to the paper’s story with a statement decrying the “irrational assertions” and “defamation” directed at him.

The term Holodomor means “to kill by starvation” and refers to the famine in Ukraine that killed millions of people in 1932–33. The genocide has been recognized by the Canadian Parliament and provincial legislatures, including in Alberta.

In his Facebook post, which was archived online by the Ukrainian Canadian Congress, MacDonald describes the Holodomor as a myth perpetuated by the Nazis to discredit the Soviet Union.

The Ukrainian Canadian Congress urged its members to contact the university and demand the dismissal of MacDonald, even providing suggested text for an email to the school’s president.

“This is a stark reminder that, even in 2019, we cannot afford complacency in Holodomor education and awareness,” the organization’s website reads.

MacDonald was a candidate for the Marxist-Leninist Party of Canada in the 2019 federal election in the Edmonton-Strathcona riding, which NDP candidate Heather McPherson won. MacDonald tallied 77 votes. His banner photo on Facebook is an advertisement to subscribe to the Marxist-Leninist Party’s online bulletin and his profile picture is a photo of Fidel Castro. His photos on Facebook are a collection of historical leftist leaders, like former Venezuelan dictator Hugo Chavez, Che Guevara and former North Korean dictator Kim Il-sung, who MacDonald describes as a “great leader of the Korean people.”

Although the university did not respond to a request for comment before press time, it said in a statement to the Gateway that the university is “balancing many interests and obligations” while it is “carefully monitoring this matter.”

The university has a commitment to freedom of expression and academic freedom for its staff, which includes “the right to comment (and) to criticize without deference to prescribed doctrine.”

In responding to the Gateway’s questions, deputy provost Wendy Rogers noted that MacDonald was making the comments as a private citizen and that they did not reflect the university’s views.

“The University of Alberta actively fosters an inclusive culture committed to the expression of, exposure to, and debate of diverse points of view,” a draft statement on freedom of expression on the school’s website reads. “Our campuses are forums for rigorous debate.”

Listen to 10/3 on Apple Podcasts or Spotify