Graeme Hamilton: The PQ is ‘a funny party’ but Lucien Bouchard’s not laughing 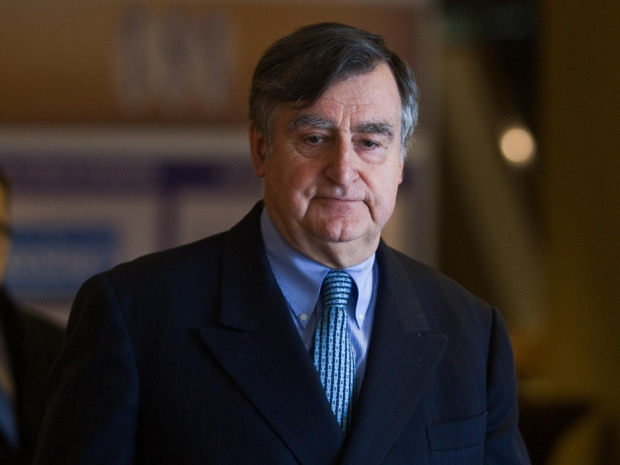 Former Quebec premier Lucien Bouchard speaking on behalf of the Quebec Oil and Gas Association on Monday, March 14, 2011. *** After leaving politics in 2001, Mr. Bouchard initially kept a low profile and, unlike other former PQ leaders, resisted commenting on the Quebec political scene. More recently, however, he has had a harder time biting his tongue. In 2010, he said he did not expect to see a winning referendum in his lifetime and he criticized the PQ for its suspicion of immigrants. Last year he published a short book in which he lamented the fading of the sovereigntist dream. Those comments, along with his role until this year as head of an industry association pushing for oil and gas development, were not going to win over the boobirds. But the PQ can still be counted on to invoke Mr. Bouchard when it suits its purposes. Last week, Mr. Bouchard gave an interview to Radio-Canada discussing a new book that alleges the former chief justice of the Supreme Court of Canada, Bora Laskin, revealed confidential information about court deliberations to government officials in the run-up to the 1982 patriation of the Constitution. Mr. Bouchard said the book raises “extremely troubling questions” about the independence of the judiciary, and he called on Ottawa to open its archives to permit a fuller understanding. Alexandre Cloutier, Quebec’s Minister of Intergovernmental Affairs, wasted no time celebrating Mr. Bouchard’s comments on Twitter; then, speaking to Le Devoir on Sunday, he hailed Mr. Bouchard as “a man of principle.” That, however, was before Mr. Bouchard’s comments trashing his former party were published Monday. No cabinet ministers are highlighting the latest story, and the praise of Mr. Bouchard’s high principles has ceased. Funny that.