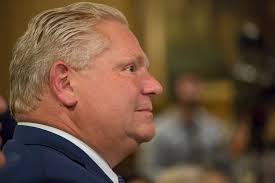 In the next few weeks in New Brunswick, Blaine Higgs’ Progressive Conservative Party will form the new government with the support of three MLAs from the People’s Alliance of New Brunswick (PANB).

Mr. Higgs was a founding member of the former Confederation of Regions Party (CoR), a populist movement that openly fought bilingualism in the 1990s. The PANB, which campaigned on abolishing the official linguistic duality of New Brunswick, has revealed itself to be the ideological heir to the CoR . It justified the hiring of unilingual personnel and proposed major cuts in a number of sectors serving the Acadian population – health and education among them – by using “economic common sense” rhetoric.

In Ontario, this same economic common sense discourse has been used by another Progressive Conservative party to eliminate the office of the French Language Services Commissioner and to kill the promised creation of a French-language university in Ontario. Premier Doug Ford and Finance Minister Vic Fedeli thus multiply the attacks on historic francophone communities under the guise of “fiscal restraint.”

However, studies have demonstrated that in both New Brunswick and Ontario, bilingualism – far from being a burden – actually is an economic multiplier in areas such as culture, tourism and business. Yet in his search for $15-billion to cut the deficit, Mr. Ford has imposed so-called savings that amount to less than $15-million a year ($2.9-million for the FLSC’s office and approximately $12-million for the university). It is difficult not to read into this a full-fledged attack on hard-earned and long-fought institutions. These decisions were made without any consultation with the Franco-Ontarian community.

Political figures of many stripes, among them Prime Minister Justin Trudeau, leader of the Official opposition Andrew Scheer and Québec premier François Legault, have come out publicly to disavow Mr. Ford’s decision to go ahead with these cuts. Mr. Scheer and Mr. Legault have discussed this issue with him behind closed doors in the last couple of days, to no avail. Mélanie Joly, Mr. Trudeau’s official-languages lieutenant, has also requested a meeting with Doug Ford and Caroline Mulroney to convince them to reverse their decision. However, her partisan quips in the media have probably only convinced Mr. Ford, who has already positioned himself as Mr. Trudeau’s opponent, to dig his heels in even further.

It is hard not to look at the fiscal arguments presented by the actual populist governments of Ontario and New Brunswick as mere smoke screens to hide a truth they won’t openly admit: Minority language protection does not deserve even minimal investment.

Worse, when insisting on the idea that all Canadians must be a single and indivisible people, they imply that minorities do not deserve protection because their existence delegitimizes that project. These positions are symptomatic of an ideological hardening of the English-Canadian populist right against Francophones in Canada. This is nothing new. Franco-Ontarians still remember the traumatic decision of Mike Harris’s PC government to close the Montfort Hospital – the only health-care institution west of Quebec that offered Francophones service in their language.

If measures taken against Acadian and French-Canadian populations during the 19th and 20th centuries spoke to a greater project of cultural and linguistic homogenization, founded itself on the idea of English Protestant superiority, today’s populist discourse seeks to erode hard-won minority institutions and protection.

The ideological discourse and the fight against deficits are not new, but the new populist right uses them efficiently to impose a political program that polarizes the population and undermines social cohesion.