Coalition holds alternative hearing for those most affected by Bill 21 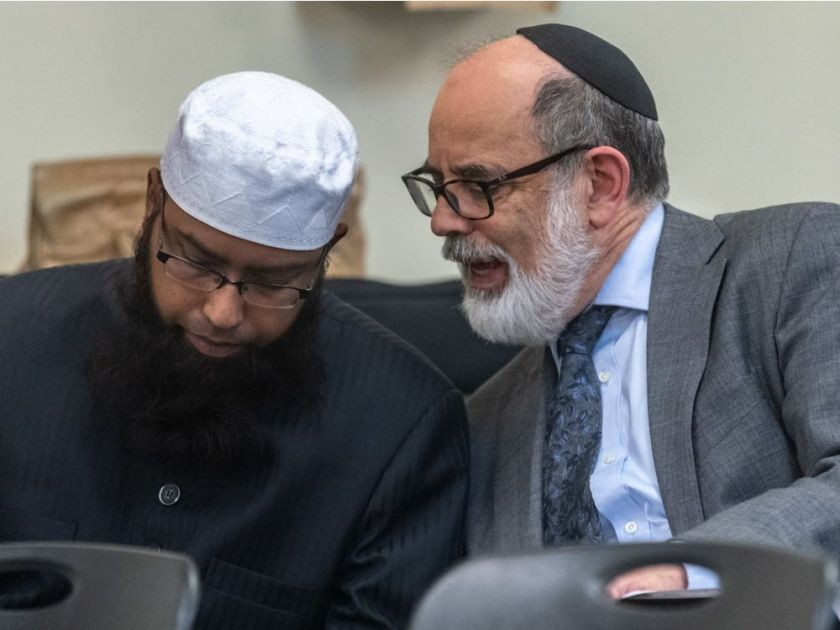 Frustrated with the Quebec government’s move to restrict the number of groups and individuals invited to speak at the official public hearings on its controversial religious neutrality bill underway at the National Assembly, a coalition opposed to the bill held its own hearings in Montreal on Monday.

“We invited as many people as possible who had wanted to go before the commission and were unable to do so,” said Diane Rollert, coordinator of Coalition Inclusion Québec, a coalition of groups and individuals who oppose Bill 21.

The coalition denounced the official Bill 21 hearings, which began last week and continue until Thursday, for not including enough voices from members of the very religious groups who will be most affected by the bill, and decided to hold its own “Peoples’ Hearings” to hear them out. The Coalition itself is scheduled to address the official Bill 21 hearings on Thursday, and plans to present as much of what it heard Monday as possible.

Hanadi Saad told the commissioners that her organization, Justice Femme, was formed in 2013 to help Muslim women cope with the wave of hate that came their way in the wake of the so-called “reasonable accommodation” debates. She said Bill 21 has only made things worse.

“They find themselves on the front line of invective and violence resulting from this noxious climate,” she said. “The number of hateful incidents with religious motivation have been growing year after year. … No government has acted against this rising intolerance and the excesses that result. On the contrary, they have all in their way participated in aggravating the situation by proposing discriminatory laws without ever seriously dealing with these issues. And Bill 21 is unfortunately no exception.”

She said that in the couple of months since Bill 21 was tabled, Muslim women have reported more than 40 cases of hateful acts to her organization, including verbal insults from strangers, workplace harassment and physical attacks.

Bochra Manaï, of the National Council of Canadian Muslims, said the bill will create a “sense of differential treatment that can create social ruptures, the perception of being second-class citizens.”

“We think this bill gives legitimacy to anti-Semitic, Islamophobic and anti-Sikh sentiments, and in a context where hateful acts and hate crimes are growing, it is very risky of this government to ‘de-integrate’ citizens who are resolutely (trying to) integrate into these institutions,” she said.

Amrit Kour, Quebec vice-president of the World Sikh Organization of Canada, explained how the bill will affect Sikhs who wear a turban, which she said has a “religious significance that is much more than just a symbol.”

“Just as individuals would be embarrassed if the state asked them to undress, it’s the same thing as asking a Sikh to take their turban off. It’s akin to a strip search,” she said.

“There are people who may be uncomfortable with turbans, yarmulkes and hijabs and these fears need to be allayed and not validated. It’s only when we regularly interact with people who appear different from us that they stop being objects of fear.”

Julien Feldman, a commissioner with the English Montreal School Board, reminded the hearings that EMSB wants the bill amended to exempt public school teachers, staff and administrators from its provisions.

“The secular nature of our school system is guaranteed in the law, and is certainly not under threat from school employees who choose to wear religious symbols. There is no justification for discriminating based on individual expressions of religious belief or for the use of the notwithstanding clause.”

He added Bill 21 would severely limit the opportunities for advancement and growth of current employees of the EMSB, and he disputed the hypothesis that the teachers who wear religious apparel are attempting to influence their students’ religious beliefs.

Holly Hampson, executive director of Quebec Association of Independent Schools, agreed with the EMSB stand, even though private schools are not targeted in the provisions of Bill 21. She said schools should be modelling diversity for their students, not hiding it.

“Although QAS assumes that some (teachers affected by the ban) will seek transfer to our school system, or move out of the province, the loss of these professionals will damage our public school system. Quebec is currently experiencing a teacher shortage. If Bill 21 is passed, it will make the situation even worse.”

Perri Ravon. The Parti Québécois and Coalition Avenir Québec were asked to send representatives as well, but declined, Rollert said.

Coalition holds alternative hearing for those most affected by Bill 21