« In his zeal to conclude the sale, the premier seems to be politically irrational and like a man possessed, and this leads me to somehow suspect that somewhere there is an "eminence grise" behind the whole scene with its own agenda, even though it may lead to the downfall of the present administration. »

« It seemed all right for a Quebec-incorporated company to have its ownership for almost 100 years in France, but the ownership transferred to a sister province in Canada was not acceptable to them. The company was eventually sold to a Quebec-based institution and ended up in the Desmarais family. »

H. Reuben Cohen, CC, QC, is one of New Brunswick and Canada’s most distinguished businessmen. Citing his own personal experience, he argues that New Brunswick should be wary of signing a power deal with Quebec, where the sovereignty movement is still a volatile political force.

As a native born in Moncton and having lived here all of almost 90 years, I have never, in all this time, felt the need to write to the local press. However, the new NB Power deal with Quebec has created such misgivings that I feel an obligation to express my concerns in this regard.

My main fear is dealing with the province of Quebec, and I write of this from personal experience. In my younger and active days, on a visit to Paris, I made arrangements to buy a company called Credit Foncier Franco-Canadien, which had a Quebec charter but was owned for many decades by a financial institution in France called La Banque de Paris et du Pays Bas, or Paribas. This was a natural fit for our company, as it had extensive investments in Western Canada, which would have opened up new business fields for us. We paid the Paris company $75 million in full and received the company shares and returned to Canada.

A short time later, as a courtesy, we made arrangements to speak to the Quebec Minister of Finance, Jacques Parizeau, to advise him of our ownership. We were well received and left, we thought, amicably.

The very next morning, legislation was introduced in the National Assembly of Quebec, forbidding our acquisition and leaving us in a substantial predicament. This legislation could have been overturned by eventual appeal to the Supreme Court of Canada, and such an appeal would have been undoubtedly successful. However, we were so upset with this completely unexpected turn of events that our stomach for even attempting to deal in Quebec was pretty well negated.

It seemed all right for a Quebec-incorporated company to have its ownership for almost 100 years in France, but the ownership transferred to a sister province in Canada was not acceptable to them. The company was eventually sold to a Quebec-based institution and ended up in the Desmerais family.

A few months later, my late wife and I were at a reception in Montreal where Rene Levesque, the then premier, was also a guest. Looking around to find the prettiest girl in the room, he asked my wife to dance. While they were dancing, he asked her where she was from and what her name was. He put two and two together, stopped dancing and exclaimed, "You're not his wife, are you?"

With that, he brought her back to my table and said, "You should have come to me."

To which I replied, "I went to your Minister of Finance, who I thought was the proper person in the government to be advised."

To which I replied, "There will be no next time for me in Quebec."

Some 12 to 15 years ago, I published my autobiography, A Time to Tell, and in it all of these details are set out much more explicitly.

After the MOU was announced, I sent a letter to our premier, outlining my experience in Quebec, and expressed to him my fears of getting in bed with Quebec. The province of Quebec has a history of political volatility that makes associations with them highly vulnerable, if not suspect. I think I ended the letter by saying it would be my prediction that he and New Brunswick would eventually "rue the day" if this deal is concluded. Throughout our confederate history, the rest of Canada has, from time to time, been held to expensive ransom through their threat and our fear of Quebec secession.

One of my many concerns is the fixed price for domestic power, which is tied into the cost of living after five years has expired. This concern has been raised in other distinguished academic quarters as well. Recently, I received Christopher Ondaatje's latest publication, in which he not only forecast the economic crisis that we endured in the last short while, but also prohesizes that the next decade will see hyperinflation because of the enormous debts that our governments have incurred. He wrote that the only hope of repaying this indebtedness is by deflating the currency. This is the fear that I myself see as a major problem that we may be facing in the coming years. The only acceptable solution would be to have our domestic rate increases tied in with Quebec itself. That would at least give us some security.

It is ironic to remember that back in 1925, the Peter Veniot Liberal government was defeated, presumably on their plan to create the Grand Falls hydro installation at a cost of $9 million. That government went ahead and called for contracts before a contemplated election. At election time, they were soundly defeated at the polls. Whilst this is given as the reason for the defeat of the government, others felt that the time was not yet ripe for an Acadian premier to be elected on his own (Venoit inherited the premiership). That was not to be until Louis Robichaud came to power 35 years later. Incidentally, that 1925 election ended the political career of Ivan Rand, the then attorney general who, in his later years, distinguished himself internationally and, to my mind, is the most illustrious native-born Monctonian.

If the present government in New Brunswick feels that it can control the energy prices in our province through the New Brunswick Energy and Utilities Board, to me, this is an illusion, and if the circumstances arose where this might be contrary to Quebec's interests, I have no doubt that they would cut off the flow of juice and let New Brunswickers freeze in the dark.

My feeling is the revised plan is no less detrimental to New Brunswick and its citizens than even the original MOU, which in itself, was next to a disaster.

In my days at university, we used to write weekly essays on various topics. One week the topic was on Richard III, who occupied the throne for only two years - from 1483-1485 A.D. But in that short time he was able to get into scrape after scrape of difficulties. My thesis at that time was entitled "Noli Festinare Fatum Salutare," which translates "don't hasten to meet destiny." But the professor at the time translated it as "Don't go looking for trouble."

I give this advice to the Graham administration and ask again, what the hell is the rush?

In his zeal to conclude the sale, the premier seems to be politically irrational and like a man possessed, and this leads me to somehow suspect that somewhere there is an "eminence grise" behind the whole scene with its own agenda, even though it may lead to the downfall of the present administration.

I must confess that at the outset, I welcomed the youthful enthusiasm of our premier and found it to be a refreshing change on our political landscape. However, I have reluctantly come to the conclusion that youth sometimes must be tempered by older and more experienced minds, who have confronted and endured the many vicissitudes of life's fortunes. I have a personal feeling of affection and respect for Premier Graham and wish him no harm in his many important endeavours.

One of Quebec's slogans throughout its history is "maitre chez nous--masters in our own house." And we unfortunately, in going through with this deal, are giving up our own provincial sovereignty.

It seems incredible that we in New Brunswick are asked to dismember our energy power, that took us the better part of 100 years to create, and to make this decision virtually overnight without any input from the wishes and concerns of New Brunswick citizens. In many ways, this reminds me of the biblical Esau, who gave up his valuable birthright for a mess of pottage.

The administration has stated that the status quo is not acceptable and that an alternative solution has not been forthcoming before the secrecy and panic of the MOU solution came upon us like a bolt of lightning out of the blue. There are, and have to be, many alternative solutions that could be presented and debated if given an opportunity, and this hopefully, without the political interference and mostly unqualified political appointments that have crippled the efficiency of our utility and its effective management in the last few decades.

It is extremely unfortunate that this debate was not allowed before we are forced, kicking, screaming and trembling, into becoming the vassals of Quebec.

H. Reuben Cohen, CC, QC is a prominent Moncton lawyer, businessman and philanthropist and a Companion of the Order of Canada. 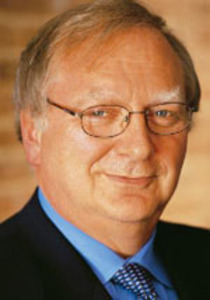