Barry Cooper: The Alberta sovereignty act is unconstitutional on purpose 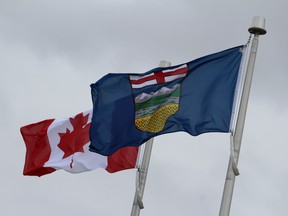 It’s no secret throughout Canada that many Albertans are not content with their place in Confederation. But this is nothing new. In fact, ever since Alberta and Saskatchewan were carved out of the Northwest Territories, they have been treated as mere client states of Laurentian Canada.

Even before Alberta and Saskatchewan became provinces, the inhabitants of the Prairie provinces were ruled by imperial statutes, first from London and then Ottawa. When the western territories were incorporated into Canada, they were, Sir John A. Macdonald said, “our Crown colony.”

Crown colonies, under British law, were administered directly from London. A distinguished political scientist of an earlier generation, James Mallory, called Alberta and Saskatchewan “provinces … in the Roman sense,” which is to say, conquered territories ruled from, and in the interests of, the new Rome on the Rideau.

This interpretation of our common history may be news to Laurentian Canadians living in Ontario and Quebec, but the effects are very old news in Alberta. 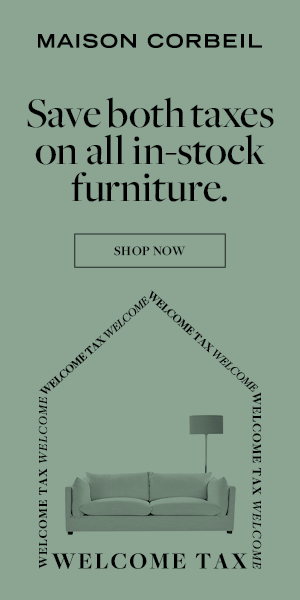 The legal argument was simple: Canada had fundamentally breached its constitutional agreement with Alberta, which gave the province not just the right, but the obligation to repudiate current constitutional arrangements. The political argument was equally simple: forging a new legal agreement with Canada that is considered legitimate by Albertans is the last stop before independence.

To see what is involved, Central Canadians might ask themselves: would Alberta join Canada voluntarily today? This is a country that imposes a discriminatory carbon tax on the province, bans large oil tankers off the West Coast and prevents new pipelines from being built, both of which prevent hydrocarbon exports. Canada has developed an electoral system that discriminates against Albertans and federally appointed courts that justify federal intrusions into Alberta’s authority.

And then there is the equalization scheme. Last fall, the referendum on removing equalization from the Constitution won with nearly 62 per cent of the vote. Ever wonder why? Over the past 60 years, Canada has lifted $600 billion more from Alberta taxpayers than has been returned to the province in services. And the imbalance has only grown worse. Alberta now contributes an estimated $20 billion a year, most of which goes to Quebec, of all places.

Moreover, Albertans have noticed that the same Central Canadians who joyfully take the cash are also equally joyful about shutting down the industry that generates it.

The problem is how to deal with the systematic, deliberate and malicious pillaging of the province. At the centre of our solution is the “Alberta sovereignty act,” which would give the legislative assembly the authority to refuse to enforce any act of Parliament or any federal judicial decision deemed to be outside Canada’s jurisdiction or against the interests of Albertans.

But, but — gasp! — that would be unconstitutional! Indeed, that is the whole point. The Canadian Constitution has never worked in favour of Albertans, so it needs to be changed. Changing the Constitution, in fact, if not in terms of black letter law, is called politics. Law exists downstream from politics.

We have seen that most recently when Ottawa granted British Columbia an exemption under the Controlled Drugs and Substances Act. Now, B.C. can take a pass on what counts as criminal drug possession. And Quebec? Where to begin? The worst is probably how it continues to spurn Alberta oil and pipelines, while enjoying the benefits of Alberta’s hydrocarbon-based equalization payments. But what about Quebec’s language laws? Again, politics, not the law of the Constitution, is what prevails.

Interim measures to fix things have been discussed in Alberta for years. They include getting rid of the RCMP in favour of a provincial police force, establishing an Alberta pension plan, an Alberta unemployment insurance scheme, a new Alberta banking law and opting out of federal programs that interfere with provincial jurisdiction, chiefly in the areas of health, education, resources and environmental regulations.

Other measures proposed by the “Free Alberta Strategy” include replacing Canada in negotiating international trade agreements and market access, ensuring all judicial appointments in the province are made by Alberta, expanding and enhancing Alberta’s financial institutions to protect Alberta businesses against hostile federal laws and creating an Alberta Revenue Agency (ARA) to collect provincial taxes.

Our other major innovation is the creation of the Office of the Alberta Public Sector Employer (APSE), which would pay all public-sector employees, including university professors, and remit withheld taxes to the Alberta Revenue Agency.

Both the ARA and APSE would be immune from federal enforcement through the Canada Revenue Agency under the Alberta sovereignty act. We estimated that this would divert around $16.5 billion a year to Alberta from the federal treasury.

We expect Central Canadians to screech: “Tax revolt!” “Insurrection!” “Constitutional crisis!” Which is exactly the point. Albertans, however, will see the Alberta sovereignty act, the APSE and the ARA as evidence that the province is finally getting serious.

No more nice, polite and futile begging to change the equalization formula to steal a tiny bit less. No more verbal objections to anti-Alberta economic laws and regulations. That might have worked a generation ago, if Canada had been open to serious change. But no longer. All that is needed is courageous political leadership.

Barry Cooper is a professor of political science at the University of Calgary and one of the authors of the “Free Alberta Strategy.”