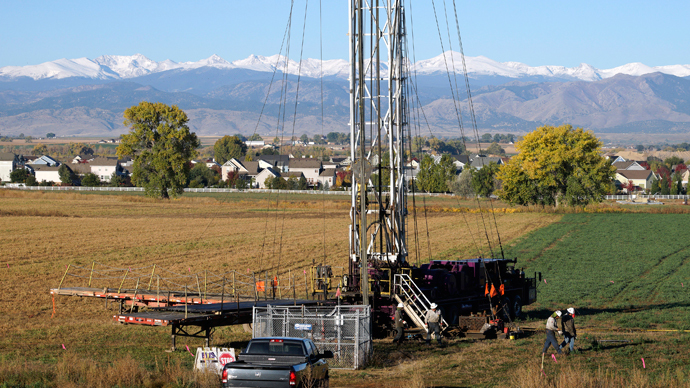 A top US political consultant, dubbed “Dr. Evil”, has been caught on tape at an industry conference, advising oil and gas execs to regard public policy as "endless war" and to play on people's fear and greed to lobby their interests.
Richard Berman's speech, which he gave in June in Colorado Springs, was leaked to The New York Times by one of the participant's at the conference who said: "It just left a bad taste in my mouth". The whistleblower asked for their identity not to be revealed.
"If you think about it these groups: the Sierra Club - who is the natural enemy of the Sierra Club? Who is the enemy of Greenpeace? You know at the surface, you would love to be a group like that because everyone should be in favor of you, who could be against you? That’s very difficult to overcome, and they play on that, and they trade on that, and that's our opportunity and also our challenge. So, it is an endless war."
To win the war, the veteran lobbyist told the crowd to "marginalize" their opponents: "You can either win ugly or lose pretty," the founder and chief executive of the Washington-based Berman & Company consulting firm declared, noting that "wherever possible, I like to use humor to minimize or marginalize the people on the other side."
"I get up every morning and I try and figure out how to screw with the labor unions - that’s my offense. I am just trying to figure out how I am going to reduce their brand."
According to Berman, who has waged campaigns against labor unions, animal rights activists and environmentalists, the battle is usually worth millions. "I think $2 to $3 million would be a game changer," he said. "We’ve had six-figure contributions to date from a few companies in this room to help us get to where we are," he said, adding that anonymity is key to success.
"People always ask me one question: ‘How do I know that I won’t be found out as a supporter of what you’re doing?’ We run all of this stuff through nonprofit organizations that are insulated from having to disclose donors. There is total anonymity. People don’t know who supports us. We’ve been doing this for 20-something years in this regard," he explained.
The June 2014 Western Energy Alliance conference featured representatives from Anadarko Petroleum, Halliburton Company, ExxonMobil, Devon Energy, and Noble Energy.
According to the New York Times, Berman has recently solicited up to $3 million from oil and gas industry executives to finance an advertising and public relations campaign called Big Green Radicals.
Berman said that a sure way to win public support on this or that issue is to confuse people to the point where they can't tell right from wrong and finally give up.
A vice president of Berman & Company, Jack Hubbard, suggested "branding" entire movements, such as anti-fracking movements, as "not credible."
"What we wanted to do is brand the entire movement behind this as not being credible and anti-science."
"Fear and anger have to be part of this campaign. If you want to win, that's what we're going to do. We're not going to get people to like the oil and gas industry over the next few months," Berman stated.
"If you want a video to go viral, have kids or animals," he remarked, showing a spot his company created featuring schoolchildren taking part in a mock union election — to imply that union bosses have "childish" elections.
"There is nothing the public likes more than tearing down celebrities and playing up the hypocrisy angle," Mr. Hubbard wrapped up.