A little over a decade ago, the breakup of Canada was a clear and present danger. People were so worried that they were moving out of the province.
Today, a list of the Top Ten Political Concerns of the day would see separatism ranked as 11th.
Take a look at what happened on Quebec’s Fête Nationale.
Nothing happened.
Decades ago, even a francophone prime minister like Pierre Trudeau was greeted with boos and rocks being thrown at the reviewing stand.
A few days ago, we witnessed an anglophone prime minister from
western Canada spending the day in the separatist heartland calmly suggesting that Quebecers are a nation within a united Canada.
Back in the mid-’90s, Charles Gibson interviewed Lucien Bouchard on Good Morning America and asked the separatist premier why he wanted to break up a stable country like Canada.
Bouchard replied that it was because Canada didn’t recognize Quebec as a nation and secondly because it invaded Quebec’s provincial jurisdictions.
Obviously all that has changed. And so have the polls.
A full 83 percent of those recently polled by Leger marketing are convinced that Quebec will be part of Canada when we celebrate our 150th anniversary in 2017.
After the last referendum, Bouchard insisted that the PQ will hold as many referendums as it takes — five, six, seven or possibly more.
Those were his exact words.
Bouchard fled the PQ years ago. The party is so embarrassed by its own option that it won’t even discuss one more referendum, never mind six or seven.
Some worry warts are suggesting that Pauline Marois might be able to rekindle the sovereignist flame.
Please.
On Fête Nationale, for heaven’s sake, she said that this was not the time to discuss sovereignty and referendums!
Can you picture a separatist leader — any separatist leader — making that kind of remark a decade ago?
If you can’t talk about Quebec independence on St. Jean Baptiste Day, when are you going to talk about it?
The civil servants in the Quebec City area used to be known for their sovereignist leanings. These days, they are best known for abandoning the PQ and throwing massive support behind Mario Dumont. Eighty-six percent of them are convinced that Quebec will stay in Canada.
Are many Quebecers still nationalists at heart? You bet they are, but that nationalist fervor seems to have made itself quite comfortable within Canada.
Compare this to what was going on just before the 1995 referendum.
Jean-Marc Jacob, who was a Bloc Québécois MP at the time, sent faxes to military bases urging soldiers to transfer their loyalty to the new country of Quebec immediately after a yes vote.
Today, Quebec soldiers aren’t thinking about separatism. They, along with other Canadian soldiers, are preparing for their mission in Afghanistan.
Polls show that the vast majority of Quebecers disagree with Prime Minister Harper’s position on major issues like Afghanistan and Kyoto, yet none of this opposition translates into support for Quebec independence.
The best news comes from the younger generation. The 18-to-24 demographic is generally considered to be the most sovereignist.
A whopping 76 percent of those in this age group told pollsters they were convinced that Quebec would still be part of Canada 10 years from now.
Some people are still convinced that Quebec will become an independent country. Some people are also convinced that Elvis is still alive.
***
The Tommy Schnurmacher Show can be heard weekdays 9 a.m. until noon on CJAD800. His e-mail address is tommys@vdn.ca. 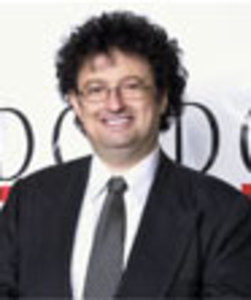