'Unprecedented' Supreme Court decision on Trans Mountain should be message for Quebec: Kenney 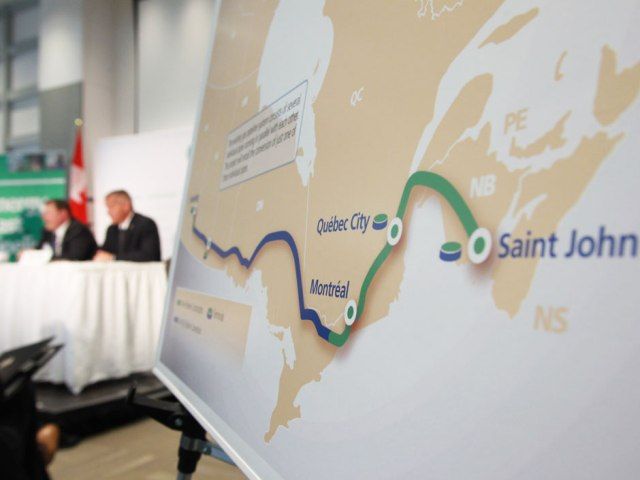 During a Global News Radio interview over the weekend, Kenney bluntly criticized the federal government and federal regulatory processes for major projects such as pipelines and oilsands developments. Asked about the proposed-then-withdrawn Energy East pipeline project, the premier quipped that it’s been easier for Russia to build a pipeline through Europe than for a pipeline company to build a project across Canada.

“They’re having an easier job building a similar pipeline across the 28 member states of the European Union than we can in Canada. This is just bizarre,” Kenney said.

Kenney’s interview was notable given the sharpness of his comments about a proposed oilsands development and the recent Supreme Court unanimous decision to dismiss B.C.’s case to restrict heavy oil shipments across its borders.

Kenney said it was “unprecedented” that the Supreme Court would rule, after just 30 minutes to confer, on such an important case.

“They came right back, slam dunk, saying that no province has the right to block a pipeline because those are, under the constitution, inter-provincial pipelines are the exclusive power of the federal government,” Kenney said.

“So this should send a message to our friends in Quebec as well, who have been claiming that they could stop a possible Energy East pipeline that would take Canadian oil to the Saint John refinery and displace Saudi oil imports in eastern Canada,” Kenney said.

A spokesperson for the premier said Kenney’s comments about Energy East were aspirational and the office isn’t aware of any plans to revive the Energy East pipeline project, but is hopeful that it will be revived in the future.

So this should send a message to our friends in Quebec as well, who have been claiming that they could stop a possible Energy East pipeline

The company withdrew its application to build the project in 2017 after Ottawa made changes to pipeline reviews so that both upstream and downstream emissions from the project would be considered in a regulatory review of the $15-billion, 1.1-million-barrels-per-day pipeline.

Since the original application and the withdrawal of that application, however, the market for building new oil export pipelines has changed dramatically.

“I think the country should have as many pipeline options to get its oil to market as possible,” said Dennis McConaghy, a former TC Energy executive who has since authored two books about pipelines in Canada.

However, McConaghy noted that between TC Energy’s Keystone XL pipeline, Enbridge Inc.’s Line 3 replacement project and the federally owned Trans Mountain expansion project, more than enough pipeline space is being constructed for the medium-term growth of the Canadian oil industry.

“The actual necessity of Energy East is diminished,” he said.

In addition, TC Energy had previously planned to convert two underused natural gas pipelines between Alberta and Ontario to carry heavy oil as part of the Energy East proposal. The company has since reworked contracts on that segment of its Mainline pipeline network and is now moving more gas between Alberta and Ontario – meaning it’s unclear if the existing pipelines are still capable of transporting 1.1 million bpd of oil.

On Monday, Coastal GasLink president David Pfeiffer said a group of Wet’suwet’en Nation protestors blockading work on the pipeline near Houston, B.C. have not yet caused delays in the company’s construction schedule. “We have the ability to make up for lost time. However, time is short,” he said.

Kenney said the pipeline company has agreements in place with all 20 elected First Nations groups along the pipeline route. “I think the solution is for (the opposed group) to do what the elected council did and consult their local residents, 80 per cent of whom, I understand, support the project,” Kenney said.

Kenney also reiterated on Monday his call for Prime Minister Justin Trudeau and his cabinet to approve Vancouver-based Teck Resources Ltd.’s $20.6-billion Frontier oilsands mine, which has recently completed its regulatory review and is awaiting a federal decision, which is due in February.

While unveiling permanent board members for the Alberta government’s Alberta Indigenous Opportunities Corporation, Kenney said he “implored” the prime minister to approve the project north of Fort McMurray.

Over the weekend, the premier was more blunt on the radio show when he said approvals for Teck’s project “should have been automatic” following what he called a 10-year review process.

“If the Prime Minister vetoes this project after all the approvals, after the 10 years and hundreds of millions of dollars spent on it… he will be sending a message to Alberta and the rest of the country that he really meant what he said in Peterborough about three years ago that he wants to ‘phase out’ the oilsands,” Kenney said.

In recent weeks, environmental groups have also stepped up pressure on Ottawa to reject the Frontier project.

The federal government has only said so far that it is reviewing multiple factors, including environmental concerns and the creation of middle-class jobs, as it considers the project.