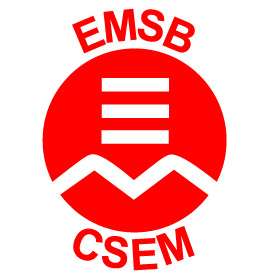 The commissioner says the source of problems at the EMSB is the meddling and micromanaging of board chairperson Angela Mancini and former vice-chair Sylvia Lo Bianco.

The English Montreal School Board will be placed under trusteeship for six months, sources say.

Marlene Jennings, a former Liberal MP, is expected to be appointed to oversee the board for six months, sources say.

The council of commissioners will be suspended once trusteeship is announced. However, commissioner Julien Feldman said he doesn’t think suspending the council is in the best interest of the community and stakeholders.

Feldman said the source of the governance problems at the EMSB has been the ongoing meddling and micromanaging of board chairperson Angela Mancini and former vice-chair Sylvia Lo Bianco.

“I have been a commissioner for 12 years and the problems with Lo Bianco and Mancini is the constant that runs through my entire career as a commissioner.”

Feldman said Jennings would be a good steward and has the authority to continue the council’s role of protecting the administration.

Lo Bianco said she was happy to hear that Quebec is planning to suspend the council of commissioners because “the minister has heard our cry for help.”

While Lo Bianco said she isn’t perfect, she refused to accept all the blame for the dysfunction on council.

When excerpts of a report outlining problems at the EMSB were leaked in September, the authors said the council of commissioners was dysfunctional.

“If we had done all those things that are being said, why wasn’t it in the conclusion?” she asked.

Education Minister Jean-François Roberge has not released the full report.

In hindsight, Lo Bianco said the commissioners should have hired a director general with more experience.

Lo Bianco denied that she’s too meddlesome, saying it’s her job to make sure the board operates effectively.

Although the commissioners removed Lo Bianco from her role as vice-chair last year, they were reluctant to go to court to try to have Mancini removed as chairperson.

In a resignation letter, Marino wrote  that “members of the administration had been subject to defamatory comments, actions, gestures and questions in an effort to humiliate staff or make employees look incompetent.”

Mancini and Lo Bianco were also blamed for ousting highly regarded director general Robert Stocker in 2015, a move that devastated the board’s staff and surprised people in education circles.

Commissioners then replaced Stocker with Ann Marie Matheson, a high-school principal at the Lester B. Pearson School Board who had helped Mancini with her election campaign in 2014.

However, the women had a falling out after Mancini and Lo Bianco lobbied to have Lo Bianco’s brother-in-law appointed to a senior EMSB position that administrators felt he was not qualified for.

In January, an ethics commissioner instructed Mancini to make a public apology to Mathseon for interrupting her during an in-camera meeting and for making derogatory comments when Matheson became upset.

Mancini was also “called to order” by the ethics commissioner for using foul language after she uttered the word “tabarnak” the end of a public board meeting.

Mancini has been the chairperson of the board for 10 years.