The Brits should have learned from Quebec’s referendum 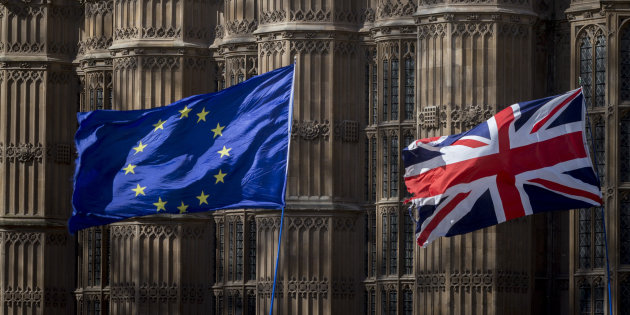 Barbara Yaffe is a retired journalist who lives in Vancouver.

Brits are having a collective nervous breakdown over their Brexit mess. They should have heeded a crucial lesson taught by Canada back in the nineties about profound political votes.

At the time of the 1995 Quebec referendum, then-prime minister Jean Chrétien controversially advanced the view that a simple majority vote was not enough to take Quebec out of Canada.

It was a bold and brave assertion at the time, coming in the face of widespread opposition cries that 50-per-cent-plus-one always was and will be universally regarded as the democratic standard for voting victories.

The referendum to rip Quebec from the Canadian fold, as it turned out, was won by the No side. But, boy, was it a squeaker. The No side scored 51 per cent with 49 per cent voting in favour of the Parti Québécois’s sovereignty plan.

The 2016 referendum result in Britain was nearly identical – 52 per cent said Yes to leaving the European Union while 48 expressed a desire to remain.

A dog’s breakfast of opinion on a divorce from the European Union now prevails throughout Scotland, England, Wales and Northern Ireland. The political parties are all over the map. Mirroring the inclinations of their electorate, some polls want a second referendum. Others want a Brexit delay. Still others prefer a scenario of crashing out of the European conglomerate.

The close referendum vote in 2016 and the Westminster shenanigans that have ensued since surely remind Canadians of the wisdom and prescience of their federal leaders when their own referendum vote was held.

Mr. Chrétien was right; votes that bring overwhelming change may well require overwhelming votes in favour. Because, without a clear majority of voters to lead the way, difficult and profound political projects become missions impossible.

Britain’s prime minister, Theresa May, for all her faults, was bound to falter in her mission. She has been herding cats toward the exit. The politicians have been utterly unable to find common purpose and get the Brexit job done. Ms. May has been back and forth to Strasbourg umpteen times to negotiate with EU representatives and yet, she is no closer to achieving the result she seeks than she was even a year ago.

Imagine if the 1995 Quebec referendum had yielded a vote in favour of Quebec separation by a whisker. The result would have yielded no end of public and parliamentary fights and abject political paralysis – exactly what’s being witnessed today in Britain.

Mr. Chrétien’s contention, from the very start, was that a 50-per-cent-plus-one vote was insufficient to split up a country, all the more so because the 1995 referendum question lacked clarity. “In a country like ours, to recognize that at one time a rule of majority plus one could break up a country would be irresponsible,” Mr. Chrétien said.

At the time, the Bloc Québécois leader, Lucien Bouchard, huffed that the PM’s view constituted a “denial of democracy.”

It later emerged that Mr. Chrétien had a speech ready to be delivered in the event of a Yes vote, outlining that the referendum question had been too ambiguous to be binding, and that he would interpret the vote as indicating a dissatisfaction with the status quo, requiring negotiation but not separation.

Once Quebec’s No vote was recorded, the Liberal government took an important step to reinforce its view that a simple majority vote could not trigger a province’s exit from Confederation.

The government referred a series of questions on the matter to the Supreme Court, which issued its guidance in 1998, supporting the federal position.

Specifically, the judges stated, only a clear majority responding to a clear question could force a federal government to negotiate provincial secession.

Interestingly, the court demurred on specifying what percentage would be necessary to constitute a clear majority, leaving it to politicians to decide the matter. Mr. Chrétien also has never stated a precise threshold number.

The following year the Liberal Government introduced its Clarity Act, enshrining in law the court’s decision. The act, which Mr. Chrétien later said was among his proudest accomplishments, provides a measure of comfort to Canadians these days.

Had then-British prime minister David Cameron, the leader who sanctioned the Brexit referendum, showed the same wisdom and foresight as Mr. Chrétien, in requiring a clear majority to mandate such a significant change to his country’s political status, the British people would not have had to confront the mayhem of the recent past.

The Brits should have learned from Quebec’s referendum