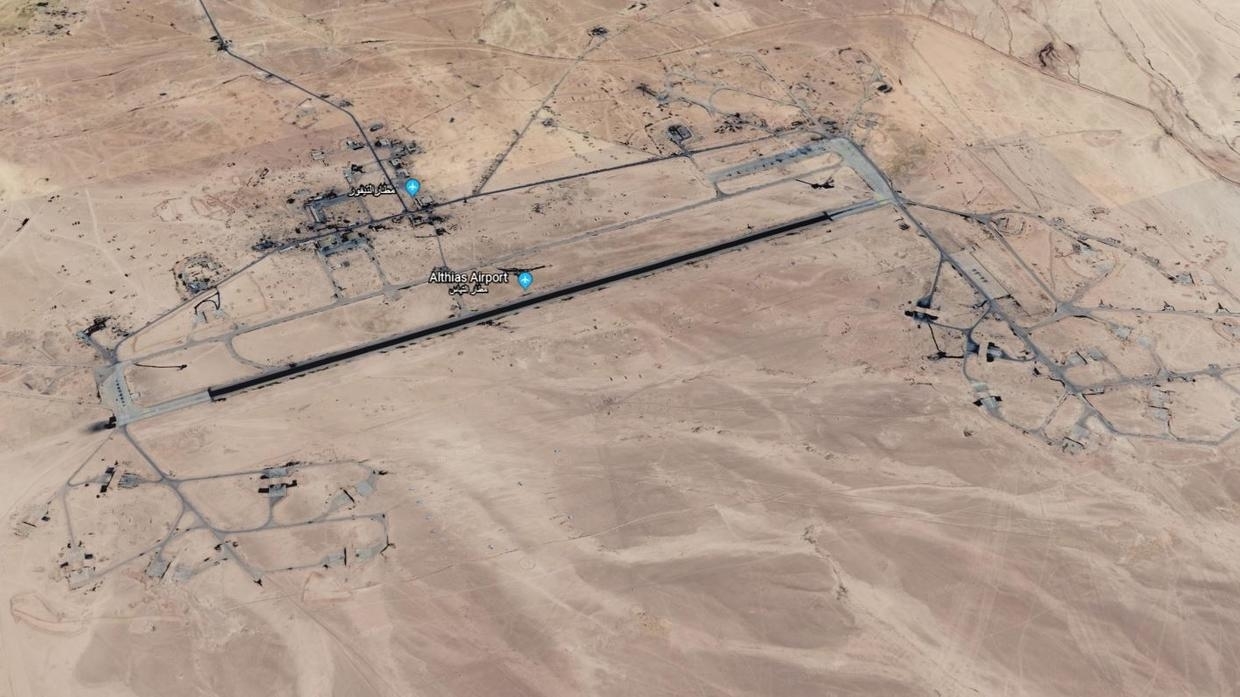 Syria accused Israel of carrying out an airstrike on a military air base near Homs late Tuesday night.

The SANA state news agency claimed missiles shot by aircraft caused limited damage to the T-4 air base, which is thought to be used by Iranian forces and allied Shiite militias.

“Our air defenses immediately confronted the hostile missiles and brought down a number of them. Four missiles reached the targeted area and there were only material losses,” the news agency said, citing a military source.

There were no immediate reports of casualties in the attack, which occurred at 10:10 p.m., according to SANA.

It said the aircraft came from the al-Tanf region, in eastern Syria.

There was no immediate comment from the Israeli military, which does not generally comment on its operations abroad.

The reported strike came amid high tensions in the region following the killing of Iranian Quds Force head Qassem Soleimani in a US drone strike earlier this month.

Protesters demonstrate over the US airstrike in Iraq that killed Gen. Qassem Soleimani, in Tehran, Iran, January 4, 2020. (AP Photo/Ebrahim Noroozi)

Soleimani was seen as the architect of Iran’s project to carve out a foothold in Syria, which Israel sees as a threat and has vowed to stymie.

An IDF Military Intelligence assessment handed to the government this week said the removal of Soleimani could give Israel an opportunity to curb or halt Iran entrenchment in Syria and elsewhere.

Syria in the past has accused Israel of carrying out multiple strikes on the T-4 base, also called Tiyas, located between the cities of Homs and Palmyra.

The Tiyas, or T-4, Air Base, outside of the Syrian city of Palmyra, which Israel claims is being operated by Iran and its Quds Force. (Screen capture/Wikimapia)

Israeli defense officials have claimed the base is being used by Iranian forces as part of the Islamic Republic’s efforts to entrench militarily in Syria, something Israel has vowed to prevent.

In February 2018, an Israeli jet was shot down in an attack on the T-4 base during a one-day skirmish with Iran-backed forces.

In April of that year, Israel attacked the base again in order to destroy a recently delivered Iranian advanced anti-aircraft system, killing at least seven members of Iran’s

Israel has repeatedly stated that it will not allow Iran to set up a permanent military presence in Syria and is prepared to take military action to prevent it.

Canada 'offers to pick up Prince Harry and Meghan Markle's £500,000 security bill while the couple are in the country'