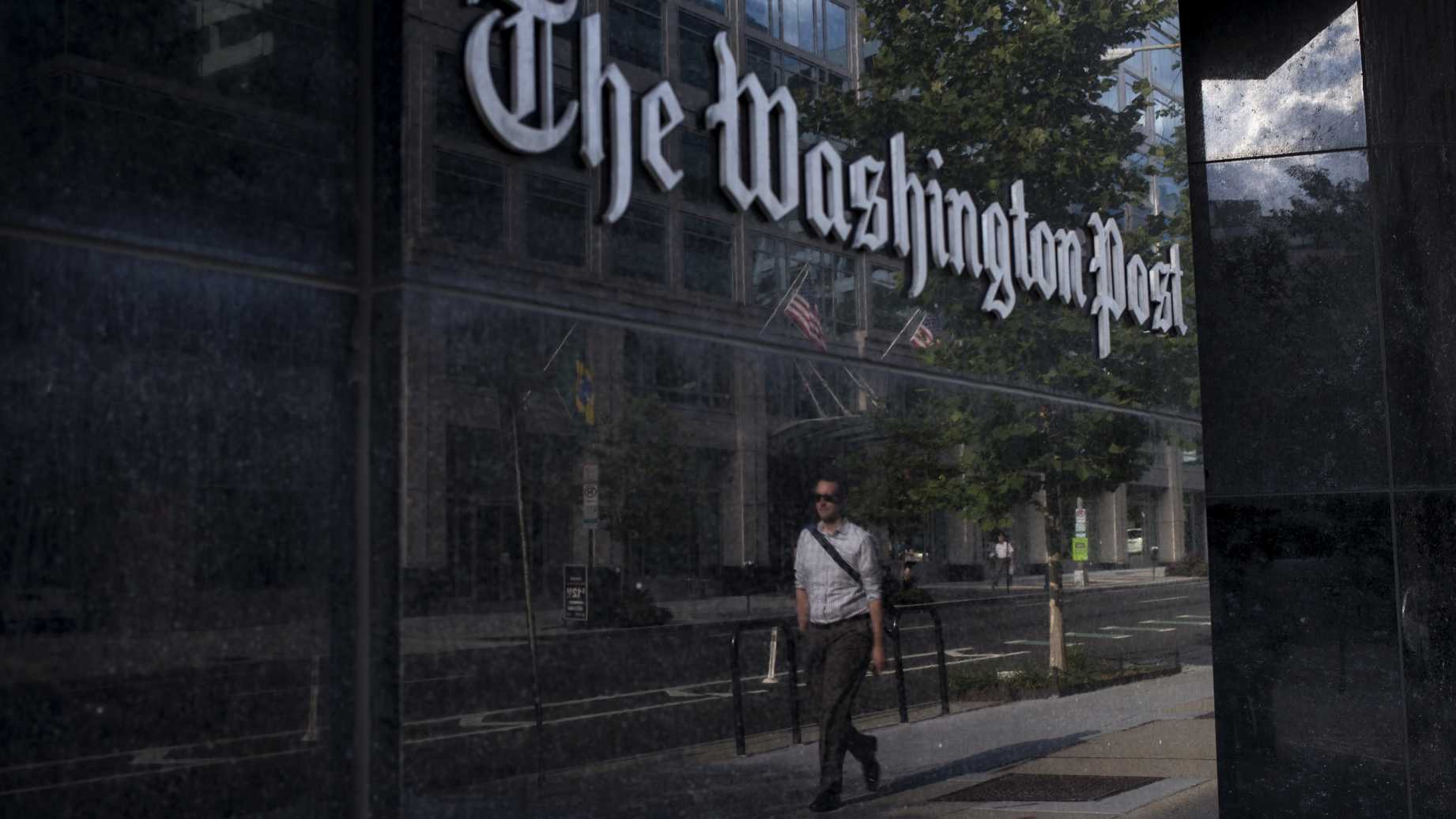 For anyone paying attention over the last 100 or so years, it was only a matter of time before America's establishment Left, meaning elected Democrats and the mainstream media, found themselves so frustrated they would finally come right out and validate violence, or what can only be described as political terrorism, against their ideological enemies.
Going back to the Bolsehviks straight through to Barry Obama's terrorist-pal Bill Ayers, violence is always the end result of an ideology that demands purity and conformity, even at the point of a gun. And now, probably because they have been unable to bully President Trump to its will, The Washington Post has finally revealed itself as an un-American and un-democratic monster.
In an editorial published Tuesday, N.D.B. Collins, an associate professor at Johns Hopkins University, was handed the imprimatur of The Washington Post to call for "direct action," direct action in the form of actual political violence.
The white nationalist riot in Charlottesville, a city that boasts “diversity makes us stronger,” made a lot of things clear. One of them is that generic solutions to the racial problem — bland affirmations of inclusiveness, tolerance and “free speech” — will no longer work. Indeed, they have never worked, at least not on their own. ...
[I]n April 1968, amid a flurry of other “rocks,” riots shook American cities following the assassination of Martin Luther King Jr. It took that rolling unrest, not the promise of further economic growth, to spur President Lyndon Johnson and Congress to action. Within a week they had passed the Fair Housing Act.
Over the past century, liberalism, vexed by an ever-sharp, ever-cutting white supremacy, has needed these rocks. ...
Segregationists have again assumed their pedestals in the Justice Department, the White House and many other American temples. Paper alone won’t drive them out. Start throwing rocks.
Now... Is Professor Collins using the word "rock" as a metaphor?
Why, yes — yes, he is.
But "rock" is used as a metaphor for rioting — an act of political violence. And the sentence that immediately follows the use of this metaphor declaratively says that liberalism has failed and therefore we need more of "these rocks" — meaning more of these riots, or more political violence.
In other words, Professor Collins is openly calling for violence ... yes, against racists ... but not really against only racists.
Open your eyes, folks.
When you realize that we now live in a country where the likes of a Mitt Romney, George W. Bush and John McCain have been branded as racists — and not just by Democrats but by members of the mainstream media — you realize that this is a direct threat against every one of us on the political Right.
Do you see what is happening here?
Because this is important...
The Washington Post is openly legitimizing political violence against "racists" in an era where anyone who did not vote for Barry, who does not automatically call for the toppling of confederate statues, who does not like Obamacare, who supports Donald Trump, who opposes affirmative action ... anyone who is not politically "appropriate" and "correct" is declared a racist.
The following might not be the most popular thing to say right now, but it is the Christian and American thing to say... Unless it is in self-defense, violence, even against Nazis, is immoral. People in this country have the right to be scumbags, and that includes those supremacist pigs who gathered in Charlottesville last weekend. As long as they remain peaceful, no matter how evil their ideas, they have the right to lawfully assemble. And the government, our government, is duty-bound by the very first Article in the Bill of Rights to protect that right.
And the government failed ... and now there are reports that the failure was intentional, that the left-wing Antifa, a fascist hate-group every bit as evil as neo-Nazis, was allowed into the protest even though authorities knew the outcome would be a riot. Moreover, over the past year, this has happened around a dozen times in Democrat-run cities, and not just against white supremacists but against everyday Trump supporters. As a matter of fact, it happened Sunday in Seattle.
It is not at all difficult to see what is happening here.
Mark this day.
Mark the day The Washington Post crossed the Rubicon and publicly legitimized nothing less than political terrorism.
Democracy might very well die in darkness, but it dies a helluva lot faster through violence.