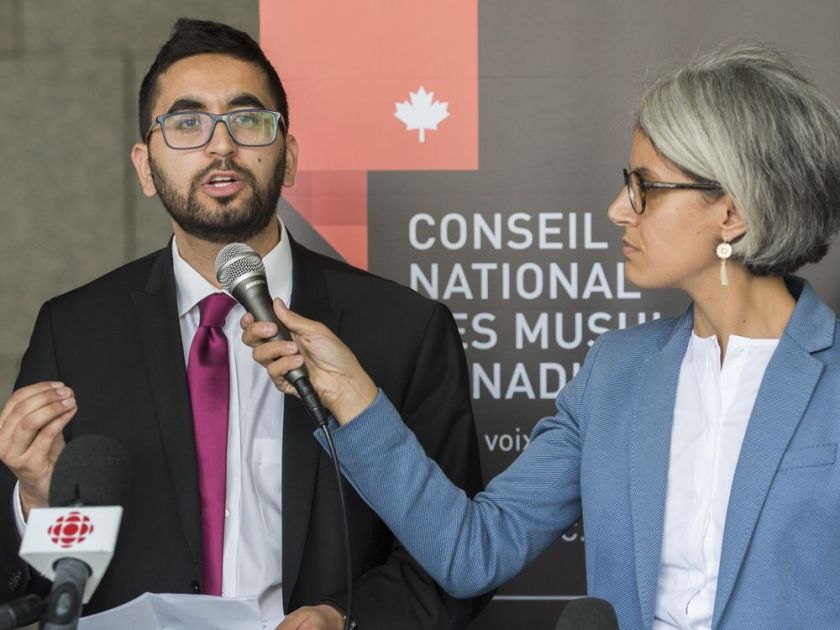 Quebec’s secularism law has a disproportionate impact on women and is therefore unconstitutional, lawyers for opponents to Bill 21 argued in front of the province’s highest court Tuesday.

A national Muslim organization, a civil liberties group and a university student who wears an Islamic head scarf are arguing the law is a direct violation of sexual equality guarantees in the Canadian Charter of Rights and Freedoms.

“This law was applied … and the impact is overwhelmingly — if not exclusively — on women,” Olga Redko, a lawyer for the applicants, told the Quebec Court of Appeal judges.

Quebec’s secularism law prohibits public sector workers deemed to be in positions of authority, including teachers and police officers, from wearing religious symbols at work.

Redko is invoking Section 28 of the charter, which states the rights and freedoms in the document are guaranteed equally to men and women. The argument is a new one, which her legal team didn’t invoke during their unsuccessful application to Superior Court in July.

Superior Court Justice Michel Yergeau ruled July 18 that the groups and the student failed to demonstrate Bill 21, adopted last June, was creating enough damage to warrant a stay of the central components of the law while their full legal challenge is heard.

Yergeau noted in his written ruling that the applicants were severely limited in their stay application because Bill 21 invokes the Canadian Constitution’s notwithstanding clause. That clause prevents citizens from challenging the law for violating fundamental rights and liberties protected by the Canadian Charter of Rights and Freedoms.

However Section 28 is not covered by the notwithstanding clause.

Redko told the court Monday her legal team didn’t raise Section 28 in the first instance because “the factual situation has changed.” Since the law went into effect, she said, it became clear the vast majority of people affected are women who wear the Islamic head scarf.

“So far, the only people whose rights this law has infringed are women,” Redko said, adding that she submitted numerous affidavits written by women who said they are suffering irreparable harm due to Bill 21. They can’t find work or have had to leave the province, she said.

Arguing on behalf of the Quebec government, Justice Department lawyer Eric Cantin defended Bill 21. He said the government acted in the public’s interest when it passed Bill 21.

This report by The Canadian Press was first published on Nov. 26, 2019.