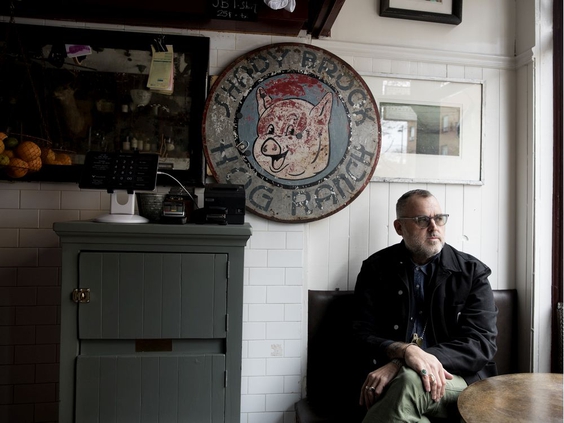 David McMillan, co-owner of the Joe Beef restaurant group in the Sud-Ouest borough, has had it with the administration of Montreal Mayor Valérie Plante.

In a series of tweets that began Wednesday night and continued Thursday morning, McMillan repeatedly called on Montrealers to “take your city back in 2021,” when the next municipal is held.

“Shutting down our streets, removing all our parking and getting clowns to perform isn’t COVID economic relief,” he wrote.

The proximate cause for the tweets, it appears, is the city of Montreal’s decision to make Notre-Dame a one-way street between Vinet and Workman Sts. for the next eight weeks, while removing scores of parking spots. (Workman runs parallel to Notre-Dame, but curves to meet Notre-Dame near St-Augustin St.)

“We need management, not an activist agenda,” McMillan tweeted.

“We employ 140-plus employees in our restaurants,” he added, saying Plante and Projet Montreal’s “cavalier activism agenda is putting people’s jobs in peril and destroying small businesses all over the city.”

A number of business owners on Notre-Dame criticized the decision on Wednesday and said they hadn’t been consulted.

The pedestrianization of Notre-Dame St. follows similar measures on Mont-Royal Ave., Bernard St., and Verdun’s Wellington St. that allow for restaurants to build larger terrasses in the street.

The city is also planning to set up seven large terrasses and public squares in the downtown core to attract Montrealers who have been staying away due to the COVID-19 pandemic.