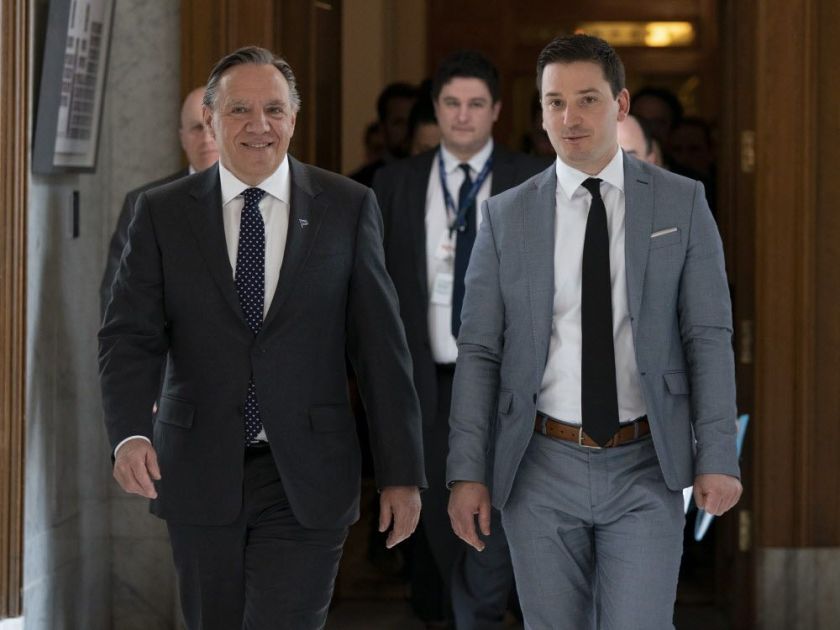 At the end of the proverbial day, acceptance and rejection of Quebec-style laïcité boils down to cultural differences. First Nations, anglophones, allophones and even francophone federalists like me have different political world views, based on our respective history and traditions.

Deeply democratic, the Québécois remain attached to the notion of collective ideals shaped by their French heritage while other Canadians lean toward British reverence for individual liberties and First Nations have their own world views. There is nothing wrong with differences as long as we avoid claims of moral superiority.

Laïcité has been recognized as a political principle since 1905, when France decided to break the Catholic church’s grip on public life. Today, French laïcité, closer in spirit to Quebec’s never-enacted Charter of Values, is far more restrictive than the Legault compromise.

Asking government workers in positions of authority to remove religious markers at work between 9 and 5 to ensure a level playing field does not strike most Quebecers as drastic. It’s “laïcité-light” compared to France.

Because of its size and diversity, Canada is not an easy ship to steer. Yet, other states, older, smaller and nimbler, face the same issues. Religion is making a comeback, with Muslims and Protestant Evangelicals leading the way.

Many democratic secular states are looking for ways to prevent God from becoming a social disruptor.

Switzerland’s canton of Geneva, home of the UN’s Human Rights Council, recently forbade teachers from displaying religious signs at work and now imposes the same ban on all government employees in contact with the public, as well as elected officials (wrong in my opinion).

Many Genevois feel this is discriminatory and Islamophobic, but in a referendum, the good burghers of Calvin’s hometown voted 55 per cent in favour of the Loi sur la laïcité de l’État, recognizing the restrictions of laïcité as the cost of “religious peace.”

So when Prime Minister Justin Trudeau says it is unthinkable for a free society to discriminate against anyone because of religion, he’s not thinking about other beacons of liberty and democracy that chose some form of laïcité.

Furthermore, Quebec’s decision to legislate laïcité did not happen out of the blue. It is part of a continuum that began with the Quiet Revolution when the Catholic church lost control over education and social services. The second phase took place in 1998 when schools became secular and religious school boards went the way of the dodo.

Well before Quebecers knew what a hijab was.

Last February, the association of historic churches of Geneva recommended to the faithful to vote yes in the referendum on the Loi sur la laïcité de l’État.

Recognizing the “noble fight” for individual freedoms, workers’ rights and against discrimination, they said “many are incapable of grasping the issues related to religion today, concentrating their efforts on individual rights when institutional thinking is needed.”

It bears thinking about.

Quebec gave itself a charter of rights before Canada did. Quebecers want human rights protected as much as other Canadians do, but they rightfully demand respect for their collective, democratic choices. The vast majority support Bill 21.

Quebec is not a vassal of Canada. Ottawa is not Canada’s higher power. The House of Commons is not more powerful than provincial parliaments. And the notwithstanding clause is legit.

According to a Léger poll taken before the bill was tabled, 43 per cent of non-francophones are also in favour of laïcité, more than I thought. There’s a lot of common ground to build upon as long as we accept that removing all religious signs between 9 and 5 does not constitute undue discrimination or a crime against humanity.

As Premier François Legault said Sunday in his address to the nation: “In Quebec, that’s how we live.”