Je vous suggère ici la lecture d’une lettre envoyée à l’honorable Diane Finley, ministre de l’immigration du Canada par M André Drouin d’Hérouxville. Je ne peux que féliciter André face à sa volonté d’obtenir des explications de la part du gouvernement canadien face à un sujet aussi tabou qu’est celui de l’immigration. La langue anglaise ne saurait ici rebuter Madame la ministre ! Jugez par vous-mêmes !
Bernard Thompson
Open letter to The Honourable Diane Finley
Minister of Citizenship and Immigration
Hérouxville, July 25, 2008
Subject : Canadian immigration
Madame,
I am a Canadian and have had a Canadian passport for the last 40 years. During these many years I can honestly say that I have been a proud Canadian. Proud of our democracy, our values and the level of social peace we had here compared to some other countries I had to travel in and out. But now my feelings are changing. Some wrongs I have seen in other countries I am starting to see here in Canada. Languages and cultures are adding up without really mixing. Ghettos, either cultural, ethnic, skin color, linguistic, religion centered are increasing in numbers. Their last count was 260. The rate of all kinds of crimes and violence is on the increase. A strong and united country cannot be built that way. The religious accommodations phenomenon is a strong signal that makes me say that something will end up going wrong. A country should have its entire people obey a common set of law. Any good chemist can say that trying to mix the State with religions can only create an explosive mixture.
Although I am far from being a specialist in that field, I have noticed that all the countries that have tried to apply the multiculturalism ideology have all failed. And Canada is no different. And if we keep on following the same path things can only get worsen. Our Canadian Charter of Rights, at least the way lawyers and judges interpret it, does not help much either. A benchmarking analysis of our immigration process and policies with other countries can easily have us conclude that we will end up no better than these other countries. We already have the highest intake rate of immigrants in the world and you plan to increase that rate. A good production engineer, when seeing that too many outputs are defective, does not increase production.

I see multiculturalism as being a tree which produces fruits. Some beautiful trees produce fruits that nobody wants to eat. Lemon tree is a good example. Another comparison to help make things clearer goes like this :” Trying to implement multiculturalism is no different than trying to play hockey where each player would have its own puck. We would end up with more referees on the ice than players. And no goalies willing to participate in such a mess. And spectators leaving the arena.”
For too many years now, Canadians have been hearing the same sales pitch, words without data, that massive immigration will save the country and its economy. That might be true for some lobby groups only. And these groups, it seems, could not care less about what is good or not for the country. Politicians should know that getting votes to be elected is one thing and that leading a country the right way is something else.
Many studies have started emerging now clearly showing that uncontrolled immigration is not an economic benefit for a country. Far from being an investment, it is an expense. The negative effect of uncontrolled immigration goes much beyond the economic field.
In the last five years many papers have been published by scientists and other specialists clearly showing (again) negative impacts on the Environment, quality of life of the people, social cohesion and social peace. In fact we all know that our Government devotes, so we are told, huge amount of money trying to reach our goals protecting the Environment on one side and let newcomers in by huge numbers on the other side. Knowing the mathematical relationship between more people and more negative impacts on the Environment, one does not need to be a rocket scientist to conclude that the risk is high that we will run short of money or time, or both time and money, unable to reach our goals.
Last but not the least, many groups and organisations have produced documents establishing a clear relationship between uncontrolled immigration, security and terrorism. These people should also be listened to. Our ancestors and we have taken centuries, through hard work, to build that country of ours. A few pounds of dynamite could take a very short time to work the other way around.
To summarize, I ask that you put in place a process where the number of immigrants given the privilege to become citizens of our country is drastically reduced, that our broken immigration process be fixed, that potential immigrants be thought what Canada and its democracy really is before they take the decision to come and live here, that once here, as one of their duty they must be respectful of our laws (State laws, that is). To be able to comply with the last part, some potential immigrants must also know that they might have to be accommodated by their different Gods or Goddess and other Gurus before they enter Canada, thus making sure they understand that here the State is something and religions are something else. Myself having been quite at the center of “Affaire Herouxville”, I also dare ask, in the name of millions of Canadians that you do everything to make sure that at the next federal elections campaign, the subject of Canadian multiculturalism and Immigration is part of the agenda and openly discussed.
There are more than votes attached to it. More than your own future or mine. We are talking about the future of Canada here.
André Drouin
Hérouxville Qc. 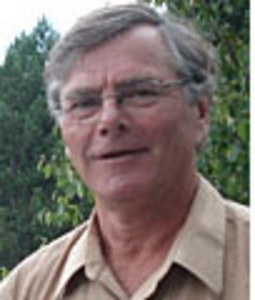