'I want patriarchy to fear women': Mona Eltahawy says the time for being civil, peaceful and polite is over 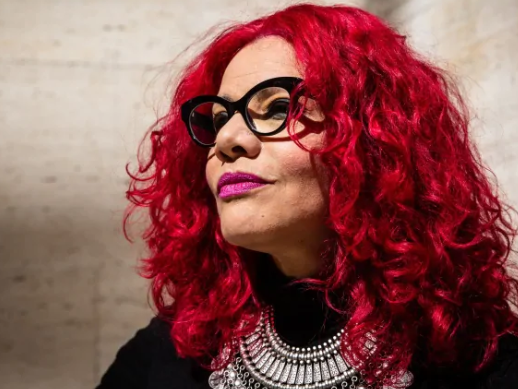 Mona Eltahawy urges that radical steps need to be taken in order to dismantle patriarchy, including the use of "justifiable violence" against men.

The Egyptian-American journalist and activist argues that being civil, respectful and polite should no longer be options for women and girls.

Eltahawy is recognized for spearheading the #MosqueMeToo movement in 2018, where Muslim women spoke out about being sexually assaulted in sacred spaces, including while on the Hajj — an Islamic pilgrimage to Mecca, Saudi Arabia.

She also coined the hashtag #IBeatMyAssaulter, after a man in a Montreal nightclub groped her, and she proceeded to beat him up.

15yo; 50yo. In hijab; in a tank top. Sexually assaulted; sexually assaulted. I froze & burst into tears; I beat the fuck out of my assaulter...Moral of the story: touch me w/out my consent, I will break your fucking hand. 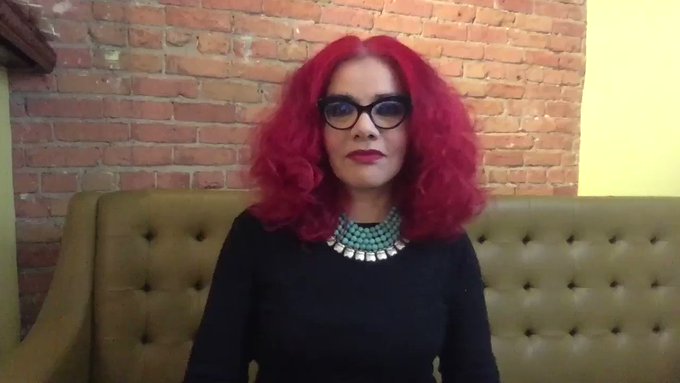 563 people are talking about this

In her latest book, The Seven Necessary Sins for Women and Girls, Eltahawy says women and girls need to harness anger, attention-seeking, ambition, power, profanity, lust and violence in order to truly be liberated from what she describes as the "tentacles of the octopus known as patriarchy."

Eltahawy sat down with Piya to have a deeply personal conversation about being sexually assaulted, and how her lived experiences have helped her arrive at unequivocal strength of conviction within herself, and of her views on feminism.

The interview below has been edited and condensed. Click here to listen to the full conversation.

Your mission in life, and in this book, is to fight patriarchy. That is a word that many people might argue has been rendered meaningless ー that it gets thrown around a lot, and may mean different things to different people. What does it mean to you?

I want people to imagine patriarchy as an octopus. The head of that octopus is patriarchy because that is the ideology that moves the eight tentacles of the octopus. And each one of those tentacles is what we call systems of oppression, or various institutions that oppress us. So it would be white supremacy, capitalism, misogyny, homophobia, bigotry, ableism, things like that. I want people to understand that patriarchy is not men. I'm talking about an ideology that uses systems of institutions and oppressions to privilege male dominance.

What does practicing the sin of ambition look like in your life?

How would you like to see women and girls claiming and redefining ambition for themselves?

I want them to listen to the words of working class Latinx poet and novelist Erika L. Sánchez, who wrote this beautiful essay in which she says, "I know that the ambition of my working class migrant family, who crossed that border from Mexico into the United States, so that I could have a better life ... I know that their ambition for me was to work somewhere air conditioned and somewhere in corporate America, but that is not the ambition I wanted."

She wanted to be a writer. So here is this woman of a working class background who understood that her ambition was very different than the ambition that her parents imagined, and she wanted the freedom to dream for herself. This is what I want.

In Canada, gender parity in the House of Commons has been a goal. It has been lauded by many progressives, a goal that was achieved in our most recent cabinet. But you say feminism is not about counting the number of women in key jobs. Why not?

Because feminism is about putting women in political power from where they will dismantle patriarchy, rather than uphold patriarchy. I'm not interested in counting how many women are in the cabinet just because they're women.

We have women in the Republican Party, the governor of Alabama, for example, who signed into effect one of the most prohibitive laws when it comes to abortion and women's rights. And here is a woman in a position of political power who is upholding the patriarchy. So that's not the power I'm interested in.

Mona, you essentially reject the idea that the patriarchy can be overturned, can be dismantled, can be burned to the ground while being civil, peaceful and polite. You argue that violence is a necessary sin for women and girls. That is highly controversial. What exactly do you mean by that?

I understood it was highly controversial, and I was intentional. I ask people to imagine — now I'm using this word imagine, and I'm underlining it three times — a scenario in which we kill a certain number of men every week. How many men must we kill until patriarchy sits across the table from us and says, "OK, stop. What must we do, so that you can stop this culling?"

Since my book came out, several women have said to me, "Oh my god, I am a mother of sons. How can you be talking about this?" And I say to them, "You are more upset and disturbed at the imaginary scenario of violence against your sons than the actual violence that is committed every day against your daughters or someone else's daughter."

What does that mean about what patriarchy has done to us?

That is so surprising to hear, mostly because you have been subject to violence yourself ...

I want to say a very important thing here. My main priority for women is to survive. And so when women have asked me, "What if I'm in a dark alley somewhere and this guy's like 6-5 and I'm 5-2?" I say to her, "Look, your priority is to survive. So when you can be violent, be violent. But number one, survive."

A professor of law, Mary Anne Franks, sent me an article she calls [Men, Women and] Optimal Violence. And in this article, she is advocating that more women need to practice justifiable violence against the unjustifiable violence practiced on them by men. And she says that you see that optimal balance when men themselves are walking down the street, and they think twice before beating up another man because they think, "You know what, he might fight back, and he might be better at fighting me." Men never think that when it comes to women.