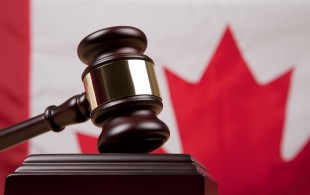 Since TransCanada's Energy East pipeline would cross several provinces, the idea has been put forward that these provinces are therefore necessarily and completely excluded from exercising their jurisdiction in relation to the project. This is what Dwight Newman, professor of law at the University of Saskatchewan, argued in the Globe and Mail on December 3: "[provinces] have no constitutional basis to be making conditions, demands or anything else on this pipeline, and they play a dangerous game in attempting to do so. [...] The case law has [...] long been clear that provinces cannot exercise their jurisdiction in ways that interfere with interprovincial transportation."

Of course, Parliament has exclusive jurisdiction over interprovincial transportation, including pipelines, which means that the final decision on Energy East belongs to the federal government. However, Newman repeatedly asserts that provincial legislation cannot "interfere" with matters that fall under exclusive federal jurisdiction, which would suggest that an interprovincial pipeline is totally immune from provincial laws. This is an unfortunate step backward to what was called the "doctrine of interjurisdictional immunity," the scope and importance of which was clearly reduced by the Supreme Court of Canada in 2007.

Before 2007, provincial laws would be inapplicable to a federal undertaking insofar as it "affected" an essential part of that undertaking. Federal companies would then easily escape the application of valid provincial laws by simply arguing that their operations would be affected. But in 2007, in Canadian Western Bank, one of the most important constitutional cases of the last 30 years, the Supreme Court set out a much stricter test: provincial legislation applies to federal undertakings, unless it impairs the latter's vital or essential parts. The Court noted that a broad immunity would oust "so many laws for the protection of workers, consumers and the environment [...] enacted and enforced at the provincial level."

Specifically, the Court noted "the line of cases that have applied provincial environmental law to federal entities engaged in activities regulated federally. In Ontario v. Canadian Pacific, the federally regulated railway was held to be subject to the Ontario Environmental Protection Act with respect to smoke it caused by burning dead grass along its right-of-way [...] [our emphasis]." In two recent decisions (Marine Services International, 2013 and Marcotte, 2014), the Supreme Court also applied provincial laws to federal competences or undertakings.

Indeed, where federal and provincial jurisdictions overlap, simply arguing, as Professor Newman suggests, that provincial legislation "interferes" with federal jurisdiction is not enough to make it inapplicable -- federal power must be impaired by the interference. The Supreme Court has established that, impairment occurs where the federal power is "seriously or significantly trammel[ed]" by a provincial law.

With these principles in mind, one must acknowledge that provinces cannot prevent the passage of interprovincial pipelines on their territory, but can impose conditions on interprovincial companies to protect the environment and the safety and health of their communities. This should not be new to pipeline companies: in the past, international pipelines running through Quebec have been subject to environmental assessment by both the National Energy Board and Quebec's Bureau d'audiences publiques sur l'environnement. Hence, the unqualified assertion that provinces "have no constitutional basis to be making conditions, demands or anything else on this pipeline" assumes a centralized conception of Canadian federalism that has been rejected by the Supreme Court of Canada which clearly favours cooperative federalism. Canada is not a unitary state.

This piece was co-authored by:

Jean Baril, Doctor in law, administrator at the Quebec Center of Environmental Law

Ghislain Otis, Professor of law, University of Ottawa, Fellow of the Royal Society of Canada