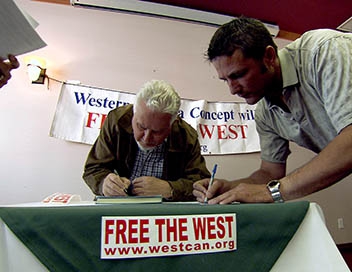 « The result is that Canada does not have a national identity, but rather a series of regional identities. »

Donald J. Savoie is the Canada Research Chair in Public Administration and Governance at the University of Moncton.

Threats to Canada’s federation are as old as Canada itself. But these threats are taking new forms. It is now less about Quebec’s place in the federation and more about growing regional frustrations in Western and Atlantic Canada over the workings of national political institutions. And, left unattended, these cracks could well threaten Canada’s unity.

Leaving aside the 1982 Constitution Act, Canada has not pursued transformative moments through its Constitution or national institutions. Rather, it has, over the years, embraced a form of hybrid federalism through its panoply of transfer payments. Hybrid federalism, until recently, was able to paper over Canada’s sharp regional differences, and it has also left unattended the need for Ottawa to look to its own policies to accommodate Canada’s regional economic circumstances. By flowing guilt money in the form of transfer payments to regions like Atlantic Canada, the federal government was free to delegate “little” problems to provincial governments and focus on problems in central Canada, heeding that old saying: You win power in Ontario, and a majority government in Quebec.

Meanwhile, the cry that Western Canada “wants in” was heard in Ottawa, but only for a while, or only when the region had one of its own as prime minister. There has also been, since the mid-1980s, little need to worry about Western Canada because the energy sector was driving a buoyant regional economy. But today, only 18 per cent of Albertans believe that “the views of Western Canada are adequately represented in Ottawa” – this at a time when the region’s energy sector is going through a difficult adjustment.

There is a growing feeling in Atlantic Canada that the political and bureaucratic power, concentrated as it is in Ottawa, combined with the influence of the national media, have little interest in addressing small problems which define Atlantic Canada’s regional economy. The fisheries and the blueberry sector are no match for Ontario’s automobile industry, Quebec’s dairy sector or the fact that the federal government’s policy-advising capacity is largely concentrated in Ottawa, with little interest in dealing with troublesome regional issues. The same is true in Western Canada, as policies like the federal carbon tax feel like an attack to a wealthy province that has hit hard times.

The federal government need not worry too much about Atlantic Canada: Despite sending all 32 of its MPs to Ottawa as Liberals in 2015, it has little to show for it. But Western Canada represents a real threat. Atlantic Canadians know that Confederation dealt them a bad hand, but they also know that they are powerless to address the issue – while Western Canadians have the economic clout to do so.

Therein lies the problem. They, like many Atlantic Canadians, see Energy East and other pipelines as major nation-building initiatives. The initiatives, however, have been fraught with controversy and reopened old wounds; Energy East was met by a cold reception in Quebec, while Ottawa effectively killed any hope for the pipeline when it expanded the scope of the National Energy Board inquiry to include downstream emissions, a requirement beyond the provisions of an ordinary pipeline.

Unlike in other federations, there is no capacity in Ottawa to speak on behalf of smaller regions: The United States, Germany, Australia and Russia have an effective Upper House in their national Parliament or Congress that insists on a regional perspective in shaping national policies, making it easier to pursue a national identity. The 2016 U.S. presidential election was revealing in this way: The fact that both major candidates came from New York, the country’s largest city, was a non-issue. Things would be different in Canada if both leaders of the main political parties came from Toronto, Montreal or Vancouver, and it is highly unlikely that this will ever happen; the regional factor is much too important in Canadian politics, and one party would very quickly see a strategic advantage in selecting its leader from another region. The result is that Canada does not have a national identity, but rather a series of regional identities.

There is a mounting chorus of credible Western Canadian voices, both political and economic, who are ringing the alarm bell about the state of the Canadian federation. Recent public-opinion surveys are also not reassuring – some 25 per cent of Albertans now believe that their province would be better off if it separated from Canada. Dealing with big problems in vote-rich Ontario and Quebec and concentrating more and more of the federal bureaucracy in the National Capital Region may well have political merit where the votes are, but it also fuels further regional identities. 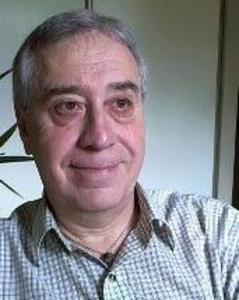