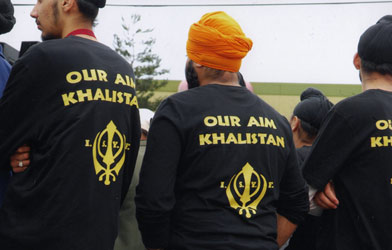 Press Release from Sikh and Hindu leaders supporting Quebec Soccer Turban ban
Recently there have been aggressive demands by some Canadian Sikh groups to allow Quebec soccer players to wear turbans and to allow sharp knives (kirpans) to be worn within the Quebec National Assembly.
Such demands must be firmly resisted because they are illegitimate aspirations being promoted by fundamentalist Sikh groups who support the right to lobby for what many see as a genocidal cause.
Specifically, the World Sikh Organization (Canada), which has criticized the Quebec Soccer Federation and National Assembly, also supports the right to lobby for ‘Khalistan’.
‘Khalistan’ was a mythical Sikh nation to be carved out of the world’s largest democracy, India. It was envisioned as a pure Sikh nation, cleansed of the six million or so non-Sikhs who reside in Punjab state. Thousands of Hindus, as well as moderate Sikhs, were slaughtered and ethnically cleansed in the genocidal Khalistan terrorist campaign.
Many Khalistan terrorist groups had bases in Islamic Pakistan and were allied with Islamic jihadi groups. Their tactics of rape and slaughter were coordinated with and mirrored many Islamic jihadi methods.
Fundamentalist jihadi Khalistanis can make these outrageous demands because parts of English Canada (especially Ontario and BC) have been inundated by floods of fundamentalist Sikh immigrants. During the 80s and 90s, the intelligence services of India warned Canadians that fundamentalist Sikh jihadis promoting the cause of ‘Khalistan’ were often filing false refugee claims to gain Canadian citizenship.
Despite these warnings, Canadian political parties salivating for votes allowed many of these noxious activists to enter. Settling in Ontario and BC, they were responsible for destroying Air India 192, slaughtering 330 mostly Hindu Canadian women and children.
One of the suspects, Mr Reyat, demanded the slaughter of 50,000 Hindu citizens before the bombing.
The Khalistan movement was crushed in India because the majority of Sikhs there were revulsed by the Khalistan jihadis. Heroic Sikh soldiers like KPS Gill assisted in the defeat of Khalistani jihadists.
Here in Canada, renowned author and the true leader of moderate Sikhs Dr Bikram Lamba has denounced the brouhaha over turbans in soccer leagues. He has clearly stated the Sikh religion does not demand the wearing of turbans or carrying of the kirpan, and that certain ‘Taliban like elements’ are pushing these agendas of division.
Quebec has heroically resisted these challenges to civil society. The hunger for fundamentalist Sikh votes has exposed English Canada and corrupted political parties there.
Gurdev Singh Mann
President, North York Sikh Temple
Dr Bikram Lamba
Sikh Author, Religious Scholar
Ron Banerjee
Director, Canadian Hindu Advocacy 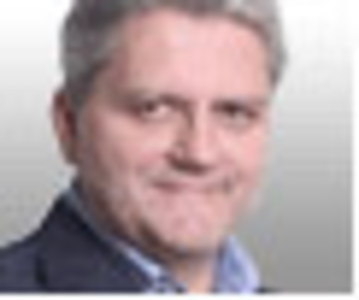