Bill 21: Opponents to hold sit-in at National Assembly on Tuesday 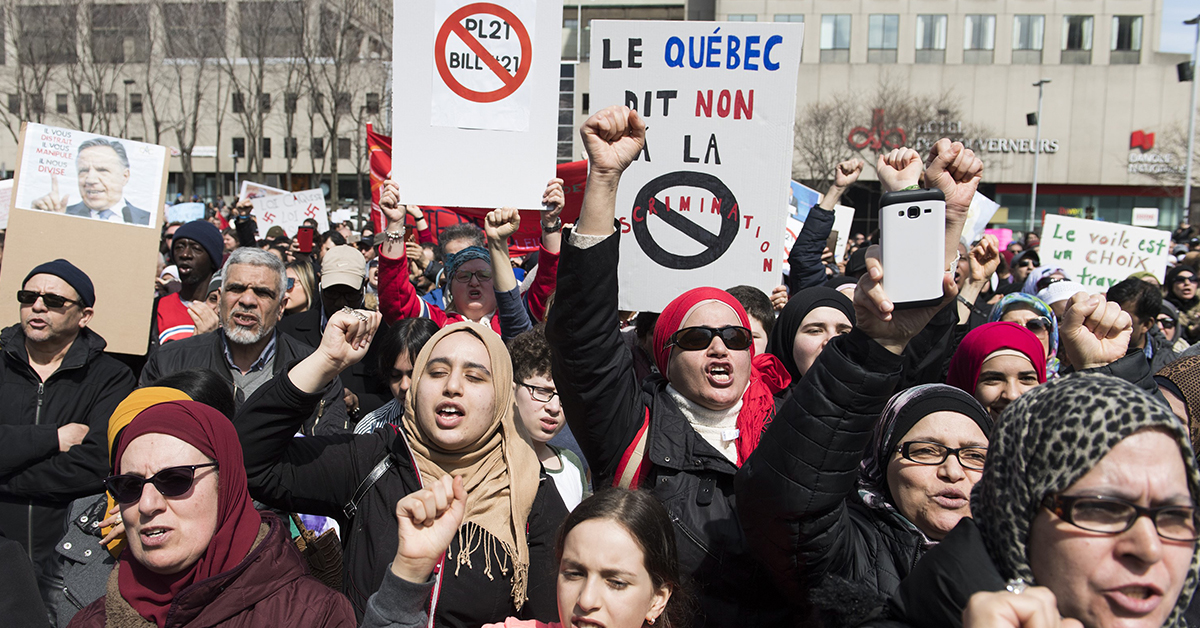 Several organizations opposed to Bill 21, which would ban certain Quebec public servants from wearing of religious symbols, will stage a sit-in in front of the National Assembly on Tuesday.

In a statement made public Tuesday morning, the Canadian Muslim Forum criticized the Legault government for having moved ahead with the law despite the objections and concerns raised locally and internationally. Forum vice-president Kathy Malas contended the proposed law will violate fundamental rights, particularly in the case of Quebec women.

Ehab Lotayef of the Mouvement pour les droits des citoyens, believes the conscience of Quebec is at stake, describing the text of the law as discriminatory and unjust and complaining the that consultation on Bill 21 is inadequate and does not consider the effects it will have on future generations.

Boris Dolin of Dorshei Emet, a Jewish congregation, believes the law will  create a  climate of discrimination and is fundamentally an act of fear and racism. He said the Jewish community opposes any attempt at division or the promotion of hatred.

Quebec immigration minister Simon Jolin-Barrette has said he wants Bill 21 and Bill 9, an equally controversial law on immigration, to be adopted as quickly as possible.

Bill 9 would re-write the criteria for the selection of immigrants to Quebec, basing them largely on the applicant’s professional abilities. It also calls for the elimination of 18,000 immigration applications already active under the current system and the imposition of a “values” and French language proficiency test.

The sit-in is scheduled to take place near the Fontaine de Tourny. A press conference is also planned.