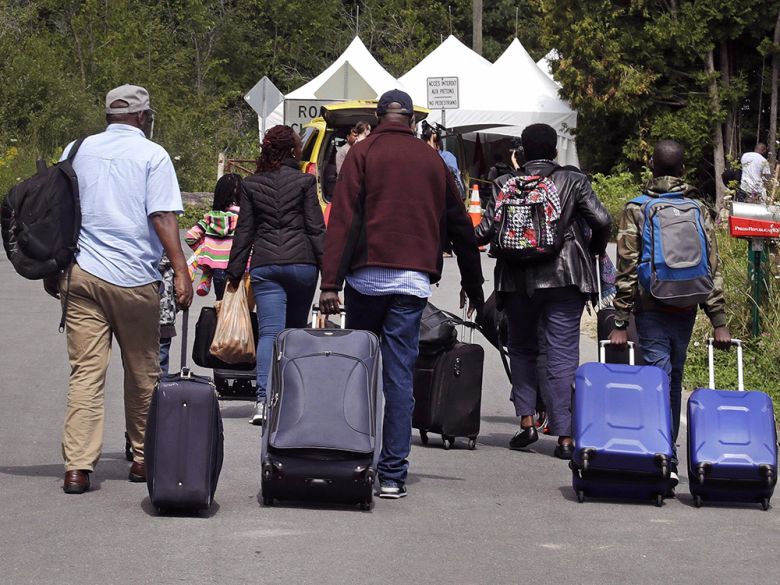 Immigration is likely to be the hot-button issue in the next federal election.

The National Post has run a series of editorials noting that our legal immigration channels work well, but the issue of border migration is eroding public confidence in immigration.

One can understand why. Because of his Kumbaya, “post-nationalist” susceptibility to the blandishments of one-worldist ideals, Prime Minister Justin Trudeau is perceived by many Canadians as lacking the ability (or even the desire) to maintain bright lines among the very separate categories of immigrants, refugees and migrants. Refugees and migrants are big topics, to be sure, but immigration is, policy-wise, the big enchilada.

Immigration is, policy-wise, the big enchilada

This past weekend, The Globe and Mail’s senior political columnist, John Ibbitson, published a buoyant endorsement of the government’s current immigration policy (continuing high rates) headlined, “Immigration’s benefits are a matter of fact.” On the basis of certain statistics, he affirms, our policies “are working amazingly well.” In 2018, for example, 64 per cent of people aged 15 and older who arrived in Canada within the past five years were employed. Among those born in Canada, the figure was 63 per cent. So a virtual tie today, not the case in 2014, when only 58 per cent of new arrivals were employed.

Ibbitson gives partial credit for the improved figures to the Express Entry initiative introduced by the previous Harper government, which fast-tracks immigrants with a job offer, advanced degrees, field experience or fluency in French or English. He concedes that a tight job market in recent years has also helped everyone get jobs. But when all factors are taken together, he says, “the trend is toward employment convergence between skilled immigrants and the native-born.”

I asked Herbert Grubel, professor of economics (emeritus) at Simon Fraser University, and senior fellow of The Fraser Institute specializing in immigration, for his opinion about Ibbitson’s conclusion. Grubel expressed skepticism with regard to the column’s narrow metric of labour-force participation. Grubel wrote to me that the improvements cited by Ibbitson “are so small that they are likely to have virtually no impact on the fundamentally important effect of immigrants on Canada.”

Grubel notes that the average income taxes paid by immigrants since 1986 have been about one-half of those paid by non-immigrant Canadians. Yet immigrants absorb the same value of government services (not more, as some people would have you believe), so the difference between what immigrants pay in and take out amounts to not less than $5,000 a year per person, he calculates. Do the collective math and Grubel estimates that it comes to an annual $30 billion payout.

Neither Grubel nor I nor any reasonable Canadian believes immigration is a bad thing in itself. We’re all for it. And reasonable people understand that first-generation immigrants can be a financial drag on the system as the price of investment in the second and third generations who fulfill their promise and become value added to Canada in all ways. That has always been the traditional premise on which immigration policies were based, and on which their public acceptance rested.

But what happens if the number of immigrants should exceed the capacity of the country’s ability to absorb them? It isn’t orderly immigration that sets many Canadians’ teeth on edge; it is mass immigration promoted as a good in and of itself without regard to our actual present and future needs or interests. Hundreds of thousands of immigrants now arrive here each year. In Vancouver alone they require 300 housing units every week. This can only drive up housing costs and add to the crowding in our hospitals. It can also reshape the cultural ecology of old neighbourhoods, which residents seem generally fine with when it happens more naturally over time, but find very jarring when it happens with unsettling rapidity.

Hundreds of thousands of immigrants now arrive here each year

I recognize that even raising any “cultural” factor like that is a red flag to those progressives who insist that culture is a construct of privilege and trying to protect the culture we have is an act of bigotry. But discussing it shouldn’t be off-limits. People all over the world desire to live in Canada because of its stability, prosperity, gender equality, excellent quality of life and respect for the law. All of these national qualities are downstream from culture. It is perfectly legitimate to worry that high rates of immigration to Canada could undermine the very tenets of equality, freedom and justice, those products of our own culture, that attract so many in the first place. Of course, even the words “our own culture” are in themselves divisive: to many progressives they are a shibboleth for oppression; to me and my more conservative friends they are, relative to all other cultures, words that evoke pride, yet we feel anxiety saying them.

Often, we also feel like stooges of politicians who claim to be focused on immigrants’ value to Canada, but who are really focused on immigrants as voters. And we feel frustrated because rational discussion of immigration does not seem possible when any and all objections are met with mantras like “diversity is our strength” at the top. And because we are not allowed to talk about these things without incurring charges of racism.

Barbara Kay: If writing off 2019 gets us a real conservative party, so be it