Andrew Coyne: It's time for national leadership on pipelines — that's why we created a federal government 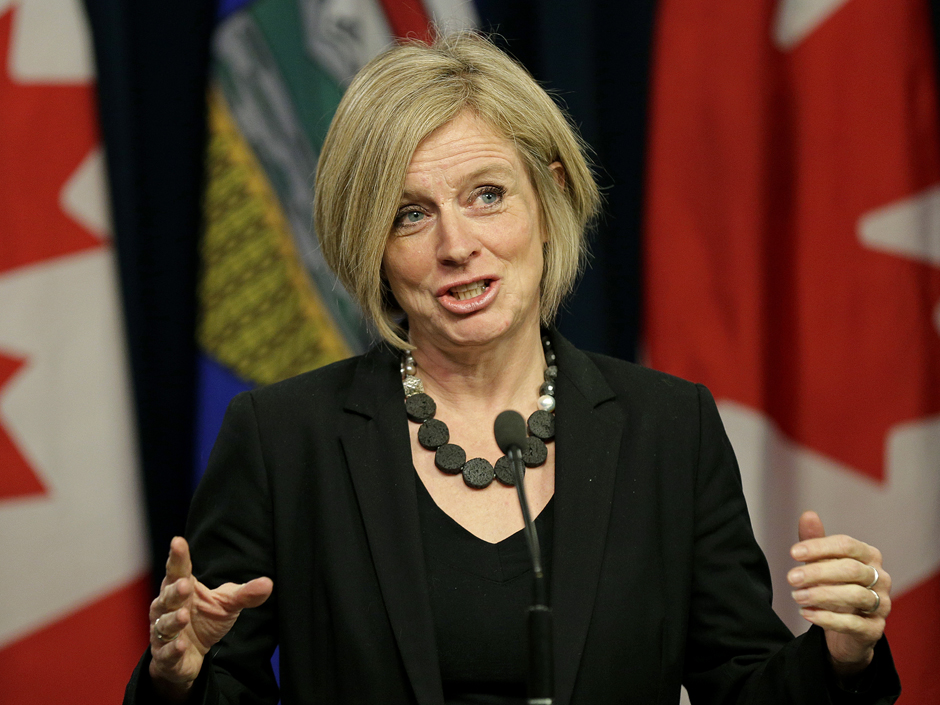 It took a New Democrat to stand up for responsible economic development in the face of unreasoned environmental fears, and it took a premier of Alberta to call for a robust assertion of federal authority in the face of provincial intransigence. These are indeed strange times.

So be it. Last week’s declaration on the part of the government of British Columbia that it would restrict crude oil shipments through its territory, whether by pipe or rail, until yet another panel of experts has delivered yet another report on the associated environmental risks, did not mention Kinder Morgan’s Trans Mountain pipeline expansion by name. But it was a significant escalation in its rhetorical assault on the project. It was also an outrageous overstepping of its constitutional bounds, asserting a power the province does not possess.

Someone had to call them out on it. You might have thought that someone would be the federal government, the government with actual constitutional responsibility for interprovincial pipelines — the government whose powers the government of B.C. was attempting to usurp. Alas, neither the prime minister, though he was conveniently in the region shortly afterward, nor the natural resources minister, Jim Carr, could quite find the right words, preferring instead to issue pro forma statements of support for Trans Mountain while noting that B.C.’s proposed regulations were as yet only a proposal. The prime minister added he was not one to get involved in “disagreements between provinces.”

And so instead it fell to Rachel Notley, the NDP premier of Alberta, to fill the void in national leadership. What B.C. was proposing, she noted, was “both illegal and unconstitutional.” Whatever concerns her fellow New Democrats in B.C. may have, the province “does not have the right to rewrite our Constitution.” As for the feds, “we need them to assert very clearly that there is one government in the country that gets to make a decision about what goes into pipelines that cross borders. That government is the federal government.” For indeed: “This is not an Alberta-B.C. issue. This is a Canada-B.C. issue.”

Just so. For B.C. to presume to block Alberta oil from reaching the coast is not only an invasion of federal jurisdiction. It is not only an assault on the rule of law. It is an attack on the whole idea of Canada. The reason the people of the former provinces of British North America united in federation was in large measure to form an economic union: not just a free trade area, limited and contingent, such as might be negotiated between sovereign states, but a single economic space, within which capital, labour, goods and services could move freely.

And to oversee that union, we created a federal government, with powers in particular over “trade and commerce” between the provinces, and over inter-provincial infrastructure — even the power to declare any public work to be for the “general Advantage of Canada.” Only with such oversight is a true economic union, with the tighter integration that distinguishes it from a mere free trade area, possible. The point of federating, in short — the point of Canada — was very much to create a federal government. If the federal government fails to uphold its proper constitutional responsibilities, it is as guilty as the province that offends them.

In fairness to the present government, this is hardly the first such outrage. Indeed, the regulations the government of B.C. proposes are under legislation enacted by its predecessor, the Liberal government of premier Christy Clark. It was she who famously, and unconstitutionally, insisted on five conditions for her “approval” of the Northern Gateway project, then extracted from Kinder Morgan a pledge to pay the province $1 billion over 20 years in return to be allowed to proceed with Trans Mountain. A toll, in other words. Ransom, in still others.

Not a peep was heard in response out of Ottawa, either from this federal government or the last. As, indeed, successive federal governments have acquiesced over the years in the imposition of hundreds of other provincial barriers to trade, investment and migration. But this is perhaps the worst breach yet. Alberta opposition leader Jason Kenney is correct to say that “this is about whether Canada is an economic union. This is about whether our Constitution means something.” And the answer in both cases would, on present evidence, appear to be no.

The consequences of this persistent desire to have things both ways are only likely to worsen. If the Trudeau government is bold enough to invoke its constitutional powers to override the B.C. government’s attempted obstructions and push the pipeline through, it will face an enormous backlash in the province — backed, inevitably and justifiably, with the accusation: you’d never do this in Quebec.But this is more than the bitter harvest of decades of federal timidity. The Trudeau government must bear its share of the blame for its inconsistency on this file. The government is right to point out that the environmental risks attached to the Trans Mountain proposal were looked at in great detail by the National Energy Board, which approved it with 157 conditions. But the NEB also approved the Northern Gateway pipeline, again with conditions, which the Trudeau government peremptorily killed. The government is in a weak position to cite the NEB’s approval, what is more, having so publicly questioned its legitimacy before the last election.

If, on the other hand, it fails to act, having promised it would, the backlash will not only be felt in Alberta. Notley has already suspended talks on purchases of B.C. electricity. Kenney has a raft of other possible retaliatory responses, from blocking exports of Alberta oil to B.C. to tolling B.C. gas as it flows through Alberta on the way to the United States.

Things could get very ugly, in a hurry. It is time, at long last, for federal leadership.