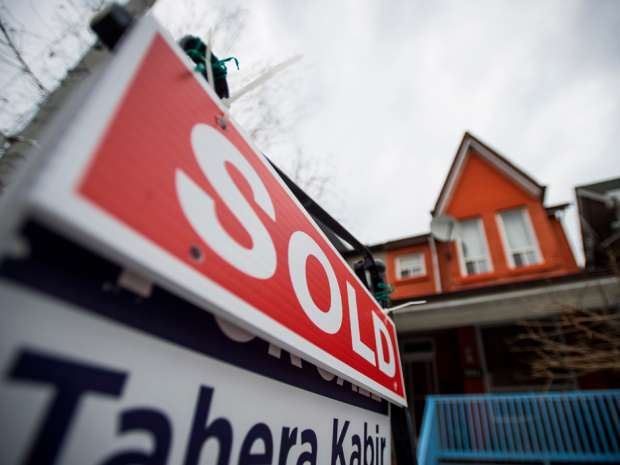 At the same time, the provincial government of Ontario announced a slew of drastic measures, including a 15% tax on purchases by non-resident foreign investors to tamp down on the housing market insanity that left many locals unable to buy even a modest home.

It comes after Bank of Canada Governor Stephen Poloz warned in April that home prices are in “an unsustainable zone,” that the market “has divorced itself from any fundamentals that we can identify,” that there was “no fundamental story that we could tell to justify that kind of inflation rate in housing prices,” and that “It’s time we remind folks that prices of houses can go down as well as up. People need to ask themselves very carefully, ‘Why am I buying this house?”’

A few days ago, Moody’s Investors Service downgraded Canada’s six largest banks on concerns over their exposure to the housing bubble and household indebtedness that ranks among the highest in the world.

Now even the relentlessly optimistic industry begins to fret:

“We are seeing people who paid those crazy prices over the last few months walking away from their deposits,” Carissa Turnbull, a Royal LePage broker in the Toronto suburb of Oakville, told Bloomberg. She said they didn’t get a single visitor to an open house over the weekend. “They don’t want to close anymore.”

“In less than one week we went from having 40 or 50 people coming to an open house to now, when you are lucky to get five people,” Case Feenstra, an agent at Royal LePage Real Estate Services Loretta Phinney in Mississauga, Ontario, told Bloomberg. “Everyone went into hibernation.”


“I’ve had situations where buyers are trying to find another buyer to take over their deal,” Toronto real estate lawyer Mark Weisleder told Bloomberg. Some clients want out of transactions, he said. “They are nervous whether they bought right at the top and prices may come down.” Home Capital had “a bigger impact on the market” than Ontario’s announcement of the new rules, he said.

“Home Capital is affecting things because people who can’t get mortgages from the banks rely on them and other b-lenders,” Lorand Sebestyen, an agent with iPro Realty in Toronto, told Bloomberg. “If you can’t get the mortgage then you obviously can’t buy anything and it’s going to affect the market, especially for the higher-priced properties.”

“It’s fear,” said Joanne Evans, owner of Century 21 Millennium, about the impact of Home Capital on housing. “It’s another contributing factor to the fear of ‘what’s going to happen?”’

And it’s ever so slowly sinking in more broadly.

In Canada, the theory has spread that real estate values can never-ever go down in any significant way – on the theory that they always go up – because they didn’t take a big hit during the Financial Crisis, and because the prior declines have been forgotten. So optimism about rising home prices had been huge. Now weekly polling data by Nanos Research for Bloomberg is showing the first signs of second thoughts. Two weeks ago, the share of people saying home prices would rise in the next six months was a record 50.1%. The following week, it dropped to 47.7%. In the most recent poll, it dropped to 46%.

But those who are able to sell at what appears to be the very tippy-top of the market are not complaining. Bloomberg cites business school professor Michael Hartmann who put his north Toronto home up for sale on May 17 sold it on May 22 for C$1.65 million, C$10,000 above asking price. He and his wife are planning to rent and see.

What are homes & mortgages worth when push comes to shove? Read…  Chilling Thing Insiders Said about Canada’s House Price Bubble