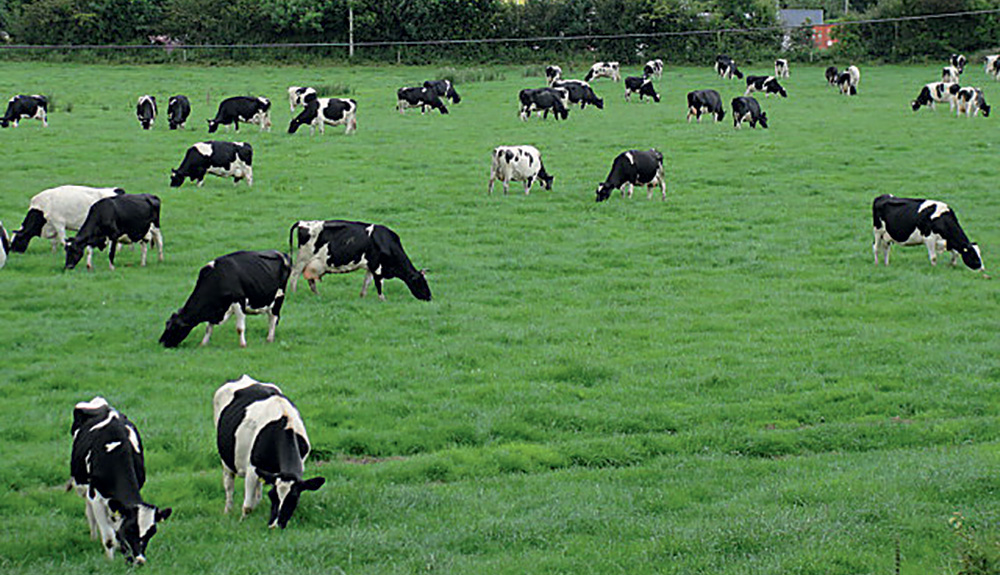 New rules in the United States-Mexico-Canada trade agreement place unusual restrictions on Canadian dairy exports that could limit both the growth of the industry and its ability to clear a glut of milk products from domestic markets, analysts say.

The heated dispute over access to Canada’s supply managed dairy market — arguably the most fractious topic in the troubled 14 months of trade negotiations — ended with a deal that opens an additional 3.6 per cent of that market to the United States.

But that’s not all. It also ends the controversial Class 7 pricing system and places unexpected restrictions on Canada’s global exports of certain dairy products. Analysts say the latter provision is an odd concession by Canada and one with potentially significant consequences.

“It is very unusual,” said Robert Litan, a non-resident senior fellow at the Brookings Institution, a Washington, D.C. based think tank. “I am guessing — (U.S. Trade Representative Robert) Lighthizer may have worried that unrestricted Canadian exports globally could suppress global and hence U.S. prices, and putting a cap on them would prevent this.”

The measures address issues stemming from a key U.S. frustration going into the trade talks: the pricing model for Class 7 products, including those made from surplus skim milk, such as protein concentrates and powders. Introduced nationally in early 2017, Class 7 provided a way to clear a glut of skim milk from domestic markets.

This problem isn’t unique to Canada. As appetites move to creamier foods that rely on butter fat as a core ingredient, farmers in many countries, including the U.S., are struggling to find profitable homes for the skim milk and other byproducts that are left behind.

By using the world price as a reference, Class 7 allowed Canadian producers to sell these products at lower prices both domestically and abroad. The scheme stood in contrast to the pricing for most other Canadian dairy products, which are kept high by a complex system of supply management employing production quotas, fixed prices and import tariffs and quotas.

And it infuriated U.S. dairy farmers who argued it undercut them in an already highly protected Canadian market and eliminated the American price advantage for ultrafiltered milk, a protein used in cheese, said Al Mussell, lead researcher at Agri-Food Economic Systems.

“A Canadian cheese processor who was buying from the U.S. could suddenly buy from a Canadian producer just as cheaply,” Mussell said. “So it changed things.”

The pricing scheme also made Canadian goods competitive on international markets, where U.S. producers lost sales to their Canadian counterparts, said Andrew Novakovic, a professor of agriculture at Cornell University. The feeling among U.S. producers was that Canada was taking advantage of higher dairy prices in some products in order to be able to afford selling at lower prices in others, he said.

“So when the U.S. negotiated to get rid of Class 7 pricing, it clearly also sought to put limits on how much of that milk could be exported to third parties,” he said.

Under the USMCA, prices for “non-fat solids” used to manufacture milk protein concentrates, skim milk powder and infant formula are set according to a new scheme that incorporates American pricing, and Canadian processor margins and yields. The final price is roughly similar to what is currently in Class 7, according to the Dairy Farmers of Canada.

But exports of milk protein concentrates and skim milk powder are limited to 55,000 tonnes in the first year and 35,000 tonnes in the second year, with the threshold increasing by 1.2 per cent each year after that. All exports exceeding this amount will be subject to export taxes of 54 Canadian cents per kilogram.

If everything had been left the way it was, the Canadian milk industry would have been left to drown in its own skim

Separate limitations are included for exports of infant formula.

The export charge on skim milk powder will add a 25 per cent cost onto shipments above the threshold, serving as a significant deterrent, according to the Dairy Farmers of Canada. The Canadian dairy industry shipped 75,000 tonnes of skim milk powder in 2017, suggesting a significant cut will be in order, the organization says.

Yet as restrictive as the new measures may seem in Canada, some in the United States believe they don’t go far enough, said Novakovic of Cornell University. By setting a threshold on the amount of surplus skim milk products that can be exported, rather than insisting the practice be eliminated altogether, the U.S. essentially legitimized Canada’s use of lower price structures, he said.

“That’s frankly a positive for Canada in all this.”

The changes reflect an ongoing effort by the U.S. administration to “manage and reduce trade, not increase it,” said Chad Bown, a senior fellow at the Peterson Institute for International Economics in Washington. “This is clearly designed to deal with the underlying problem, which is the potential for excess production of those products in Canada, leading to incentives for Canadian producers of those three products to dump them on to global markets.”

As analysts evaluate the meaning of the new rules, one thing is clear: the new system is almost certain to reintroduce the old problem of what to do with all that extra milk.

“If everything had been left the way it was, the Canadian milk industry would have been left to drown in its own skim,” said Mussell. “We found a way to clear it, now we’ll have to find something else.”

'I'm not optimistic': Political will for passage of new NAFTA rapidly evaporating in America

'I'm not optimistic': Political will for passage of new NAFTA rapidly evaporating in America