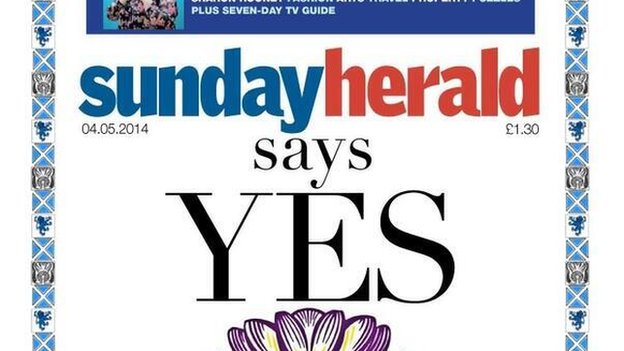 The only newspaper in Scotland to back the Yes vote for independence in last month's referendum, the Sunday Herald, saw its average circulation increase by 64 per cent year on year in September.
The Sunday Herald peaked at just less than 50,000 copies the weekend before the vote.
Its daily sister title, the Herald, was also boosted by the vote, with print sales up 7,500 copies on the day after the vote and by nearly 10,000 the next day, according to its publisher.
The Heraldscotland.com website, meanwhile, reached a new high of 2.9m users in September
Tim Blott, managing director of the Herald & Times Group said: “Our digital, paid readership is growing faster than ever as a result and, having announced we had reached 10,000 paid digital subscribers by July, we saw that rise to 13,500 in just three months, by the end of September.
“Strong stories and informed, opinionated insight spark interest and, regardless of how readers choose to access news, the referendum has had a lasting effect on Scots’ engagement with the social, political and economic factors which influence their daily lives.”