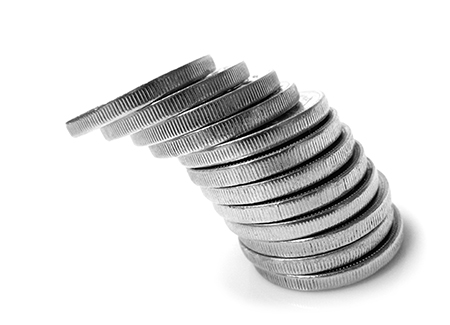 Between the two budgets this week in Quebec and Alberta, one will show a deficit and dim immediate economic prospects as the province struggles to wrangle sacred cows chewing away at public finances.
The other will be Quebec.
The crash in oil prices and Quebec’s determined effort to improve its fiscal health will turn the usual order of provincial finances upside-down – at least for the short term – when the two provinces present their budgets on Thursday.
Alberta is expected to report a deficit of up to $7-billion and an economy bordering on recession. Quebec has promised a balanced budget and decent economic growth, with surpluses on the immediate horizon.
“It’s amazing what a $60 slide in oil prices will do,” said Robert Kavcic, a specialist in provincial economics at the Bank of Montreal. “In Alberta, the slide in oil is the story. In Quebec, they’ve been pushing restraint for a few years now, and got much more serious about it with the majority government. And it’s a pretty stiff dose of restraint.”
Heavily taxed, deep in debt and reliant on equalization payments from Ottawa, Quebec has long been seen as the financial hardship case among provinces. Awash in oil revenue, Alberta traditionally spends a lot but keeps taxes low.
Alberta Premier Jim Prentice, in a televised address on Tuesday night, promised his province was at a turning point. The economic dynamo that had led the country in growth now faces a shortfall that could top $20-billion over the next three years. Adding embarrassment, government spending has grown quickly and Alberta posted a string of deficits during the good times of the past decade.
“How on earth did we get here?” Mr. Prentice asked during a 16-minute pre-recorded address. “We hid from difficult decisions and we used our children’s inheritance to pay for it.”
Quebec has cut a number of programs that previously seemed untouchable. Along with a near-freeze on overall spending, Finance Minister Carlos Leitao froze hiring in the public service, increased fees on the provincial daycare system and cut publicly financed in-vitro fertilization. Cheaper oil has put money in the pockets of Quebec consumers, while the weaker dollar helps the province’s exports.
Alberta has some of Canada’s most expensive public services, but its residents pay the lowest taxes. To make up for the difference, Alberta has used energy royalties for decades to fund annual operations. As a result, it has put little in its rainy-day fund since the 1980s.
A TD bank report last week said the province faces the prospect of long-term deficits because it relies too much on oil and gas revenue. Economists say Alberta has chosen about the least effective way to collect taxes.
Mr. Prentice is vowing to change that with a 10-year plan that will shift the province away from what the Premier calls an “addiction” to energy royalties. Alberta will begin depositing energy royalties back into the province’s savings account after balancing the books in 2017. Eventually, Mr. Prentice would like to deposit half of each year’s haul into Alberta’s Heritage Fund.
In the absence of energy money, Alberta will need to start taxing more like a regular province again, but Mr. Prentice has made it clear he will never cede the Alberta Advantage of lower taxes. A provincial sales tax remains out of the question. He did announce Tuesday that Albertans would begin paying directly for health care again through a new tax or premium.
Finance Minister Robin Campbell has announced that he will effectively cut 9 per cent from the province’s spending.
A province-wide consultation showed most Albertans were open to higher personal income and corporate taxes. Despite it being anathema to the province’s ruling Tories, 48 per cent polled by the government backed the introduction of a sales tax.
Quebec still faces a steeper long-term challenge than Alberta. Quebec’s working-age population actually began to decline last year, putting the province at the forefront of a demographic crunch Canada faces as the baby boom generation heads off to retirement. Quebec is also saddled with a net debt that is about 50 per cent of gross domestic product, while Alberta will probably remain free of debt for at least a couple more years.
“As bad as it’s going to look for Alberta this year, the bigger picture is that Quebec is still in a much tougher situation over the long haul,” Mr. Kavcic said.
Quebec is considering a major overhaul of its tax system that would include boosting consumption taxes such as the provincial sales tax. Pushing the tax burden toward consumption and away from progressive income taxes may please economists such as Mr. Leitao, but it is sure to meet resistance in Quebec, where small daily protests have already started against Liberal austerity.
The province hired economist Luc Godbout to lead an examination of how the province collects money. Last week, he recommended the shift to consumption taxes and user fees saying corporate and income taxes that stifle economic growth. Mr. Godbout said the move would put hundreds of millions of dollars in taxpayers’ pockets and boost the economy.
Mr. Leitao said he views the report favourably but a wider discussion is required before the report is adopted wholesale. The province is expected to follow one recommendation and eliminate the $200-per-person health tax over several years.
“We often say Quebec has a weaker economy than its neighbours, one reason is our tax burden is heavy and poorly aimed. Heavy, because people pay a lot of taxes, and also because it sends the wrong signals,” Mr. Leitao said this week.