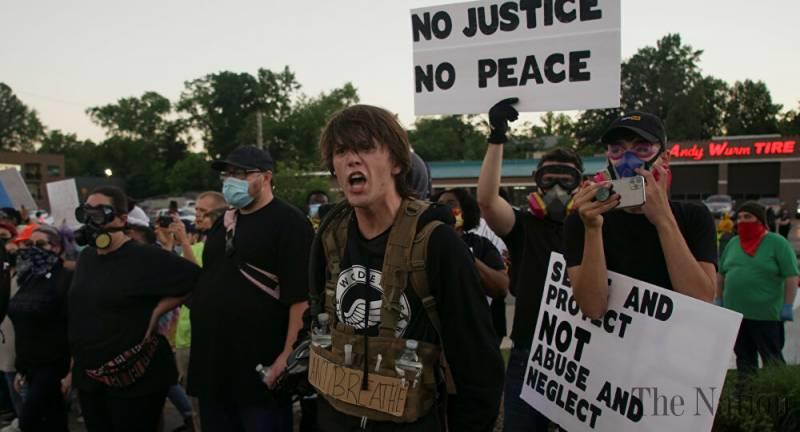 An undercover journalist with Project Veritas successfully infiltrated Portland's Rose City Antifa cell, capturing footage of a meeting in which members discussed how to "get out there and do dangerous things as safely as possible."

Antifa has been a fixture at the nationwide Black Lives Matter protests against police brutality (with varying degrees of success) which began after the May 25 death of 46-year-old black man George Floyd at the hands of white Minneapolice police officer Derek Chauvin, who pressed his knee to Floyd's neck for more than eight minutes as onlookers begged him to stop.

According to National Security Adviser Robert O'Brien on Sunday, the violence "is being driven by Antifa."

And in Portland, members of Antifa are actively plotting ways to commit violence against their enemies while not getting caught.

"Police are going to be like: ‘Perfect, we can prosecute these [Antifa] fuckers, look how violent they are.' And not that we aren't, but we need to fucking hide that shit," he added.

"The whole goal of this, right, is to get out there and do dangerous things as safely as possible," said Rose City Antifa member 'Ashes'.

"They do not hesitate to either push back or incite some kind of violence. In our classes and in our meetings, before we do any sort of demonstration or Black Bloc, we talk about weapons detail and what we carry and what we should have." -Project Veritas undercover journalist

"Project Veritas does not condone any violence whatsoever. It is a sad time in our nation’s history with Antifa activists hijacking #blacklivesmatter protests in cities across the country, attacking the police and engaging in violence," said Project Veritas Founder and CEO, James O’Keefe.

President Trump announced earlier this week that Anitfa would be designated a terrorist organization.

To that end, the Rose City Antifa cell has repeatedly planned for, and engaged in "direct confrontation" with participants in pro-Trump rallies. In 2018, they notably clashed with members of Patriot Prayer and the pro-Trump "Proud Boys," which resulted in a viral video of a member of Antifa being knocked out during a melee started by the violent "resistance" group.

And in 2017, Berkeley police recovered several caches of weapons from members of Antifa who were had planned to attack Trump supporters.

Here are some of the prohibited items that have already removed from the park today. https://t.co/3qx3smYwgk pic.twitter.com/A70VCxFYEu