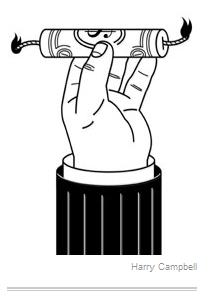 
THE Obama administration’s $500 billion or more proposal to deal with America’s ailing banks has been described by some in the financial markets as a win-win-win proposal. Actually, it is a win-win-lose proposal: the banks win, investors win — and taxpayers lose.

Treasury hopes to get us out of the mess by replicating the flawed system that the private sector used to bring the world crashing down, with a proposal marked by overleveraging in the public sector, excessive complexity, poor incentives and a lack of transparency.
Let’s take a moment to remember what caused this mess in the first place. Banks got themselves, and our economy, into trouble by overleveraging — that is, using relatively little capital of their own, they borrowed heavily to buy extremely risky real estate assets. In the process, they used overly complex instruments like collateralized debt obligations.
The prospect of high compensation gave managers incentives to be shortsighted and undertake excessive risk, rather than lend money prudently. Banks made all these mistakes without anyone knowing, partly because so much of what they were doing was “off balance sheet” financing.
In theory, the administration’s plan is based on letting the market determine the prices of the banks’ “toxic assets” — including outstanding house loans and securities based on those loans. The reality, though, is that the market will not be pricing the toxic assets themselves, but options on those assets.
The two have little to do with each other. The government plan in effect involves insuring almost all losses. Since the private investors are spared most losses, then they primarily “value” their potential gains. This is exactly the same as being given an option.
Consider an asset that has a 50-50 chance of being worth either zero or $200 in a year’s time. The average “value” of the asset is $100. Ignoring interest, this is what the asset would sell for in a competitive market. It is what the asset is “worth.” Under the plan by Treasury Secretary Timothy Geithner, the government would provide about 92 percent of the money to buy the asset but would stand to receive only 50 percent of any gains, and would absorb almost all of the losses. Some partnership!
Assume that one of the public-private partnerships the Treasury has promised to create is willing to pay $150 for the asset. That’s 50 percent more than its true value, and the bank is more than happy to sell. So the private partner puts up $12, and the government supplies the rest — $12 in “equity” plus $126 in the form of a guaranteed loan.
If, in a year’s time, it turns out that the true value of the asset is zero, the private partner loses the $12, and the government loses $138. If the true value is $200, the government and the private partner split the $74 that’s left over after paying back the $126 loan. In that rosy scenario, the private partner more than triples his $12 investment. But the taxpayer, having risked $138, gains a mere $37.
Even in an imperfect market, one shouldn’t confuse the value of an asset with the value of the upside option on that asset.
But Americans are likely to lose even more than these calculations suggest, because of an effect called adverse selection. The banks get to choose the loans and securities that they want to sell. They will want to sell the worst assets, and especially the assets that they think the market overestimates (and thus is willing to pay too much for).
But the market is likely to recognize this, which will drive down the price that it is willing to pay. Only the government’s picking up enough of the losses overcomes this “adverse selection” effect. With the government absorbing the losses, the market doesn’t care if the banks are “cheating” them by selling their lousiest assets, because the government bears the cost.
The main problem is not a lack of liquidity. If it were, then a far simpler program would work: just provide the funds without loan guarantees. The real issue is that the banks made bad loans in a bubble and were highly leveraged. They have lost their capital, and this capital has to be replaced.

Paying fair market values for the assets will not work. Only by overpaying for the assets will the banks be adequately recapitalized. But overpaying for the assets simply shifts the losses to the government. In other words, the Geithner plan works only if and when the taxpayer loses big time.
Some Americans are afraid that the government might temporarily “nationalize” the banks, but that option would be preferable to the Geithner plan. After all, the F.D.I.C. has taken control of failing banks before, and done it well. It has even nationalized large institutions like Continental Illinois (taken over in 1984, back in private hands a few years later), and Washington Mutual (seized last September, and immediately resold).
What the Obama administration is doing is far worse than nationalization: it is ersatz capitalism, the privatizing of gains and the socializing of losses. It is a “partnership” in which one partner robs the other. And such partnerships — with the private sector in control — have perverse incentives, worse even than the ones that got us into the mess.
So what is the appeal of a proposal like this? Perhaps it’s the kind of Rube Goldberg device that Wall Street loves — clever, complex and nontransparent, allowing huge transfers of wealth to the financial markets. It has allowed the administration to avoid going back to Congress to ask for the money needed to fix our banks, and it provided a way to avoid nationalization.
But we are already suffering from a crisis of confidence. When the high costs of the administration’s plan become apparent, confidence will be eroded further. At that point the task of recreating a vibrant financial sector, and resuscitating the economy, will be even harder.

***
Joseph E. Stiglitz, a professor of economics at Columbia who was chairman of the Council of Economic Advisers from 1995 to 1997, was awarded the Nobel prize in economics in 2001. 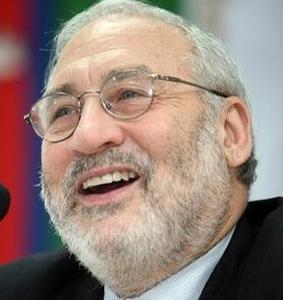 Joseph E. Stiglitz, a professor of economics at Columbia who was chairman of the Council of Economic Advisers from 1995 to 1997, was awarded the Nobel prize in economics in 2001.