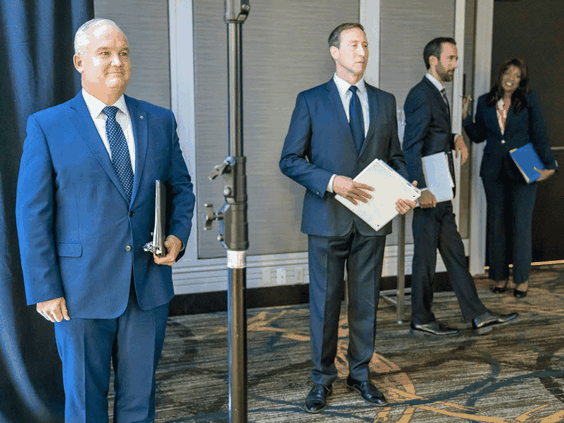 New data from Elections Canada offers a glimpse into the fundraising efforts of each Conservative leadership campaign — and how the battle for donor dollars has tightened leading up to the final results.

Second-quarter contribution numbers for the Conservative party show Erin O’Toole moved ahead of rival Peter MacKay to become the fundraising leader between April and June, bringing in $1.24 million in leadership donations.

But MacKay wasn’t far behind, raising $1.16 million over the same period.

Leslyn Lewis, who is backed by many social conservative groups, more than doubled her fundraising totals compared to earlier in the year, raising $996,000 in donations last quarter, up from about $448,000.

Lewis also attracted more individual donors than the four other candidates this quarter at just over 10,000 contributors.

Mail-in voting for the leadership contest began in July and all votes must arrive at the party’s headquarters by Aug. 21, with the winner being announced shortly afterward.