Majority of Canadians disapprove of Bill 21, but Quebecers are in favour: poll 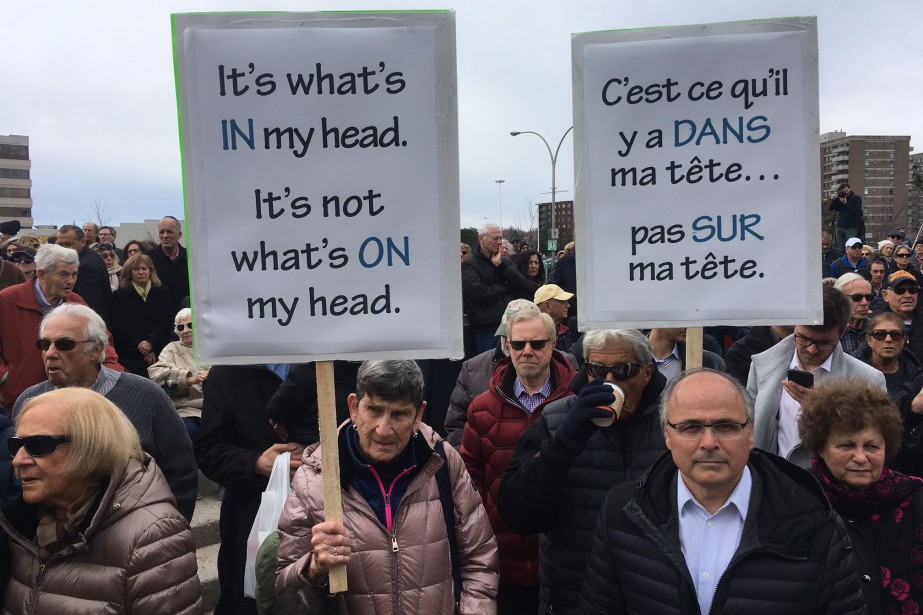 A new poll shows a majority of Canadians living outside Quebec do not approve of the province’s religious symbols law.

But as other polls have revealed in the past, those living in Quebec say they strongly approve of Bill 21adopted by the National Assembly last June.

A Forum Research survey of 1,733 people conducted from July 26-28 concludes 59 per of Canadian voters disapprove of the law, which bars certain public sector workers in positions of authority (such as judges, police officers and teachers) from wearing symbols like a hijab, turban, crucifix or kippah.

The rules apply to new hires. Existing employees can keep their symbols.

While 59 per cent of Canadians disapprove, a total of 41 per cent in the same category (four in 10) approve of the law with a quarter of that group (26 per cent) saying they strongly approve.

The poll says the opposite is true in Quebec, where 64 per cent approve of the bill. Only 35 per cent say they disapprove.

“The majority of Canadians disapprove of the Quebec government introducing a law that prevents provincial employees from wearing religious symbols,” said Dr. Lorne Bozinoff, president of Forum Research. “But in Quebec? The majority approves.

“The provincial government gets elected by Quebec voters, so given voters’ overwhelming support for the policy, it’s unlikely to be amended any time soon.”

The most educated (college or university education) disapprove (46 per cent) as do people from Atlantic Canada (76 per cent) and people who say they plan to vote NDP (81 per cent) in this fall’s federal election.

The poll is one of several conducted before and after the adoption of Bill 21 by the Coalition Avenir Québec government.

Several polls have shown that while there is widespread support in Quebec for Bill 21, which establishes rules for state secularism in Quebec, the rest of the country is more divided.

A Léger poll conducted in May revealed 46 per cent of Canadians would be in favour of such a bill while 42 per cent would be against.

Sixty-six per cent of Quebecers answered “somewhat in favour” or “totally in favour” when asked by Léger.

The Forum Research poll shows 40 per cent of Albertans support the symbols law, followed by Ontario with 33 per cent and British Columbia with 32 per cent.

The poll comes after an initial round of court challenges to Bill 21.

Forum’s results are based on an interactive voice response telephone survey. Results based on such a sample are considered accurate plus or minus three percentage points 19 times out of 20.

Despite legal setback, CAQ in no hurry to clear immigration backlog