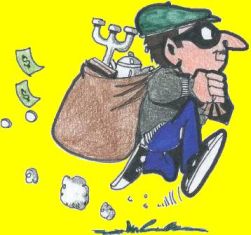 Ontario has a lot of bad energy options, all of them high-priced.
Coal has been phased out for environmental reasons, a good decision by the government of former premier Dalton McGuinty. Untapped domestic hydro sources are few and far between. Nuclear reactors need refurbishing at what will likely be a forbidding cost. Bioenergy, such as power from wood chips or pellets, is costly.
Natural gas and oil have to be imported. Solar and wind contracts are locked in at high prices and these projects tend to provoke opposition from farmers and other residents of areas where panels and turbines are located.
Watching and listening to Ontario politicians during this campaign, and for many years now, the curious taxpayer wonders why a very obvious and potentially very promising source for clean, inexpensive energy has failed to generate much interest: a big increase of hydro imports from neighbouring Quebec.
It’s always seemed odd that Quebec and Ontario could link themselves with highways, trains and planes, and that they could do so much commerce with each other, while hydro trade remains so underdeveloped. The two provinces doubled interchange capacity in 2009, but Quebec’s share of the Ontario market remains small.
Decades ago, Ontario decided to go domestic, which meant betting on nuclear energy. The trouble now is that no one abroad wants the Canadian-engineered CANDU reactors, so keeping them going in Ontario won’t promote export sales of the technology, as was the original hope.
In the meantime, Quebec ramped up its hydro industry and looked almost exclusively south, where eager buyers were waiting in New England and especially New York.
They are still buying. Hydro-Québec recently signed another long-term contract with Vermont at 5.7 cents per kilowatt hour. Contrast that price against the guesstimate for power from a refurbished Darlington nuclear station: 8.3 cents per kilowatt hour, which is probably low, considering that nuclear plant refurbishments routinely go well over budget.
The federal government has generally stood by as provinces have hooked themselves into north-south electricity grids. Ottawa was always reluctant, even terrified, of intruding into provinces’ constitutional control of natural resources. There’s never been an appetite for it to prod provinces to work together and create east-west grids.
The Harper government is guaranteeing a loan for a massive Labrador hydro project with very high costs that is supposed to supply electricity to Nova Scotia and then the northeast states. Before Danny Williams became premier of Newfoundland, there was some discussion of selling Labrador power to Ontario.
Obviously, such a scheme would have required sending power through Quebec. But such was (and remains) Newfoundland’s animosity over the Churchill Falls project, which wound up so favouring Quebec, that the discussions got nowhere. This is why the more grandiose and riskier underwater cable project has unfolded as it has.
Without that historical animosity, and with more constructive attitudes from Quebec and the federal government, a three-province deal might have been possible – a major work in the general interest of Canada, if you like.
Now, however, North American energy patterns are changing. Shale gas is coming on stream from Pennsylvania and Ohio and perhaps eventually from New York. It will provide energy at a price that some utilities in the U.S. northeast might find more attractive than long-distance hydro.
Pierre-Olivier Pineau of the University of Montreal’s business school (the HEC) recently presented a paper in Toronto arguing for a new era in Quebec-Ontario electricity. Ontario’s Clean Air Alliance is enthusiastically backing the idea on economic and environmental grounds. A federal government with a sense of the whole country’s energy needs beyond bitumen oil should be interested in boosting these two provinces’ economies.
Quebec has a new, avowedly federalist Premier, Philippe Couillard, who wants his province to resume its rightful place as a constructive and forceful partner within Canada. Whoever becomes Ontario’s next premier, reviewing the province’s poor energy options and burgeoning electricity prices, would do well to pick up the telephone to Quebec City and say, “Mon cher Philippe, let’s talk.”