Fracking firms should be free to cause earthquakes when drilling – academics 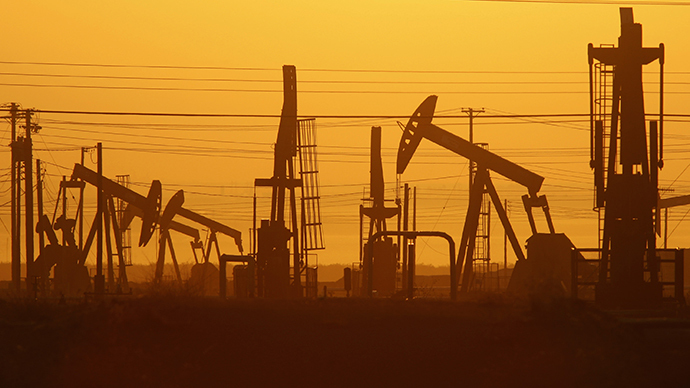 Leading academics say fracking companies should be allowed to cause greater earth tremors when drilling if the government wants the shale gas industry to succeed.

In a paper in the Quarterly Journal of Engineering Geology and Hydrogeology, Dr Rob Westaway and Professor Paul Younger argue that current limits for tremors are discouraging investment in the sector.

The authors say the government should consider re-evaluating the cap if they want greater interest in the shale gas industry.

Current regulations require fracking operations to be discontinued if they cause a tremor above 0.5 on the Richter scale. According to Westaway, this is the equivalent of using heavy machinery or busy traffic.

“If regulations for other vibration-causing activities were similarly restrictive, you'd have to prevent buses from driving in built-up areas or outlaw slamming wooden doors,” he said.

Tremors which are under three on the Richter scale are not felt on the surface of the Earth, but anything over four is considered “significant” by the British Geological Survey, according to the fracking trade body, the UK Onshore Operators Group (UKOOG).

The report found that the maximum damage potentially caused by fracking would be 3.6 on the Richter scale, but that this level of disruption was “very unlikely.”

Energy company Cuadrilla caused earthquakes registering 1.5 and 2.3 on the Richter scale while fracking in Blackpool in 2001, which forced the government to draw up the current regulations.

“The present regulation is a deterrent to investment and will need to be changed before energy companies are willing to invest the large sums that will need to be spent to develop shale gas in the UK,” he added.

Professor Younger said the maximum threat from fracking “might be sufficient to cause minor damage on the surface such as cracked plaster,” but suggests a similar compensation system to the ones already in place for RAF fly-bys “would make sense.”

“For example, induced earthquakes of magnitude 3 from fracking activities 1.6 miles below the earth's surface will create surface vibrations similar to the limits allowable from quarry blasting,” he said.

Magnitude 3 earthquakes would be 25 times greater than the current limit of 0.5.

In spite of the reported risk to investors, Cuadrilla supports the government’s legislations, claiming that while current seismic restrictions are comparatively low, they “support the government’s undertaking” for the “exploration phase of shale gas.”

“Seismic levels will be stringent with a view to further review once it can be confirmed that levels can be adjusted upwards without compromising safety,” they added.

UKOOG also offered its backing to current seismic regulations. A spokesperson said they were “committed to working within” the existing regulations set by the Department of Energy and Climate Change (DECC).

The publication of the paper comes as the University of Glasgow, where Westaway and Younger conducted the research, recently voted to divest completely from fossil fuels.

The divestment falls in step with a worldwide movement calling for a global withdrawal from fossil fuels. In the UK, MPs and grassroots campaigners are demanding banks and industries to refrain from unsustainable energy sources.