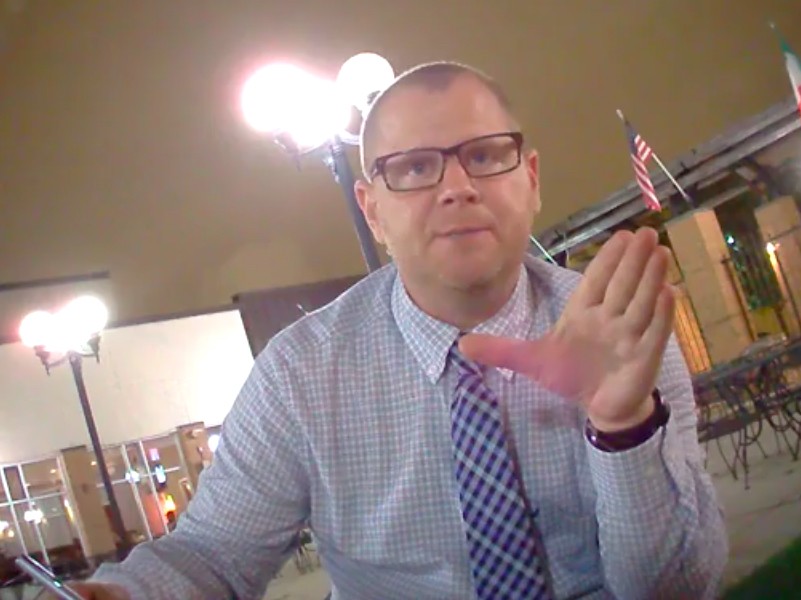 Remember the “violent protests” that shut down a planned Trump rally in Chicago in March? Or the anti-Trump protests that closed a road to a Trump event in Arizona?

There was nothing spontaneous about them. They were just following “a script of engagement” written by paid Clinton campaign operatives, according to an explosive new undercover video from James O’Keefe and his investigative team at Project Veritas.

ADVERTISEMENT
I thought I was beyond being shocked by this campaign. But the Project Veritas exposé of a well-orchestrated strategy to smear Donald Trump

Donald TrumpClinton aide: 'We’re ready for anything’ at debate Friends honor legacy of groundbreaking political scientist Susan Tolchin Pelosi skeptical of GOP promises to be a 'check' on Clinton MORE using paid thugs and Soviet-style provocations, is just beyond belief.

In undercover video shot by Project Veritas, Foval boasts of having local operatives ready to execute campaign dirty tricks all over the country.

The more extreme tactic was to organize protests, as Foval boasted of having done in Chicago, to prevent Trump from even holding a planned rally.

Is it unprecedented in U.S. political history? Probably not. But it sure makes the Watergate break-in and the deletion of 18 minutes of White House tapes by Richard Nixon look like amateur hour.

"It doesn’t matter what the friggin’ legal and ethics people say, we need to win this motherf--ker,” Foval says. “We’re starting anarchy here.”

Former House Speaker Newt Gingrich called it “a direct assault on democracy and the rule of law” in an interview with Sean Hannity on Monday night.

If we still had a national media whose mission was to inform the public, this story should be dominating the news cycle.

Foval goes on to describe in detail how he coordinated his anti-Trump storm-trooper actions with the Clinton campaign and a broad array of left-wing groups, including the Alliance for Change, Alliance for Retired Americans, the DNC, and Mrs. Clinton’s Super-PAC, Priorities USA.

“The campaigns and DNC cannot coordinate with Priorities, but I guaran-damn-tee you that the people who run the Super PACs all talk to each other, and we and a few other people are the hubs of that communication.”

Congressional committees should be calling on the FBI to investigate what appears to prima facie evidence criminal collusion between the Clinton campaign, the Clinton Super PAC, and the political dirty tricks operations run by Foval and chief strategist, Robert Creamer.

Creamer is the husband of Rep. Jan Schakowsky (D-Ill) and founded Democracy Partners in 2011, a group that brings together different left-wing organizations and coordinates their actions to meet Clinton campaign goals.

“Wherever Trump and Pence are gonna be we have events,” Creamer explains to the undercover reporter. “We have a call with the [Clinton] campaign every day to go over the focuses that need to be undertaken.”

Already, the DNC appears to have gone into panic mode. Foval has been fired by Americans United for Change, the activist group.

This is the type of undercover investigation that Mike Wallace at 60 Minutes once did. The fact that an unaffiliated, non-profit group now must raise funds to pursue this type of investigation shows how corrupt our corporate media have become.

Timmerman is a Donald Trump supporter. He was the 2012 Republican Congressional nominee for MD-8 and is the author of Deception: The Making of the YouTube Video Hillary & Obama Blamed for Benghazi, from Post Hill Press.
The views of Contributors are their own and are not the views of The Hill