Conrad Black: Why Canada should replace its Governor General with an elected president 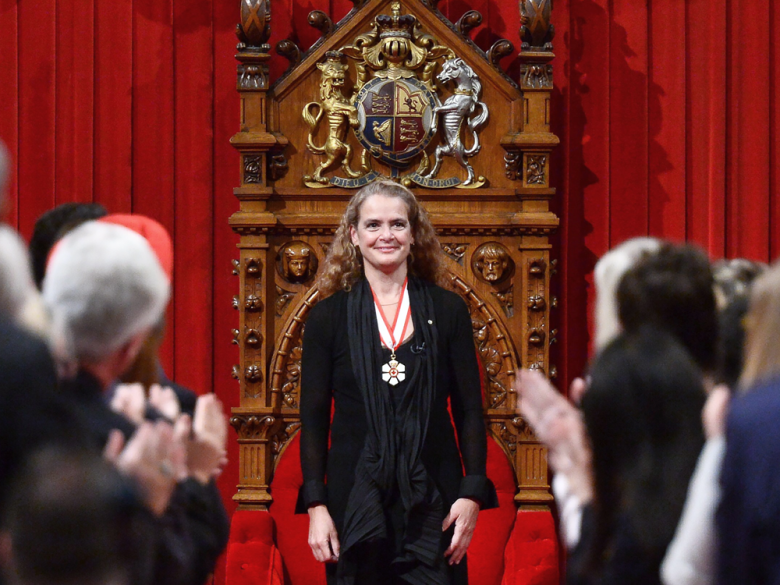 From Wilfrid Laurier through Justin Trudeau, Canada has always been spoken of as a nation of great potential. It’s hard to argue, however, that Canada has realized that potential. On May 1 — International Workers’ Day — Conrad Black publishes his provocative new book, The Canadian Manifesto. In it, Black, a best-selling author, financier and founder of the National Post, makes the case that Canada’s best opportunity to make an impact on the world is by transforming itself into “a controlled and sensible public policy laboratory and to help lead the advanced world to the next stage of its development, beyond what has become in the West a sterile left-right tug-of-war in a fetid echo chamber resonating with shibboleths and platitudes.” To that end, he offers a range of policy proposals, several of which deal with institutions of government including the Senate, the Supreme Court and, in this excerpt, the role of the Governor General.

It is antediluvian nonsense for Canada’s chief of state to be a nonagenarian (or any) resident of the U.K. who comes to Canada every few years (and is an entirely admirable and distinguished person who in her reign of sixty-seven years has never embarrassed any of her subjects once). And it is nonsense that the acting chief of state, in the absence of the monarch (which is ninety-five per cent of any year), is an appointee of the prime minister, approved by the House of Commons. “Governor general” is a colonial title and an absurd anachronism, and the whole idea of a stand-in for the monarch is preposterous. It was an immense controversy when the Pearson government endowed the country with a flag and a terribly complicated tangle of negotiations when Pierre Trudeau made Canada responsible for amending its own Constitution.

It should not be so difficult to craft a position of chief of state adapted to the people and country that Canada has become. Apart from its anomalous title and nature, the distinction of the holder of the office of governor general has declined in stages. The French had quite distinguished and even very distinguished governors — Champlain, Frontenac, de la Galissonière, the Vaudreuils, and others. The British had two stages: soldiers of varying quality from Carleton (Lord Dorchester), down to cranky Francophobes like Colborne and Craig, through able career men like Kempt, Bagot, Elgin and Monck (all excellent), to stable royals or intimates of the royals who were elegant and prestigious and took the job seriously, including Lorne, Connaught, and Athlone. The British finished with a field marshal and future earl, Alexander of Tunis, allied commander of the Italian theatre in World War II, and recalled from Canada to be Mr. Churchill’s defence secretary. Canada started with very prominent people as governor general: Vincent Massey, General Georges Vanier, Roland Michener, Jules Léger, and Jeanne Sauvé; then tapered down to worthy but not exceptional politicians like Ed Schreyer; and the first ethnic choices, Ukrainian Canadian Ramon Hnatyshyn, the first Acadian, Romeo Leblanc, Chinese-Canadian former telecaster Adrienne Clarkson, Haitian Michaëlle Jean; and then earnest university administrator David Johnston, and now the peppy former astronaut Julie Payette, a good image for contemporary women but invisible after her first rather flippant comments about atheism, an inappropriate issue to be raised by someone supposed to be a unifying personality.

My suggestion is that simultaneously with proposing a tighter trading and foreign policy bloc of the more advanced Commonwealth countries: the U.K., Canada, Australia, New Zealand, and Singapore, which would have a combined GDP of about US$6.5 trillion (exceeded only by the United States, the European Union, and China), we suggest that the monarch be joint chief of state with a president of Canada, which office would incorporate the position of governor general and be popularly elected for a five- or six-year term, renewable. This official would have augmented powers, somewhat like the president of France, and the prime minister would lead in parliament and chair the ministers of the various departments, as he/she does now. But the president would have the authority, as the French president has, to con¬duct foreign policy and champion other initiatives within the governmental structure, subject to parliamentary assent. Figurehead non-monarchical chiefs of state, as in Germany and Italy, are just stand-ins for deposed monarchs and are as devoid of authority as our governors general and theirs tend to be positions held by seasoned politicians kicked upstairs to this ceremonious and honorific position. I believe we need a resident chief of state with real powers, the retention of the monarchical presence, and the avoidance of the American method of complete separation of the legislative, executive, and judicial co-equal branches.

The position of lieutenant governor is completely redundant and antiquarian, though the occupants are usually people of some distinction. The premier can sign bills adopted by the provincial legislatures, and if there is a parliamentary crisis within a province, the chief justice of the province can address it, and if that person thinks it inappropriate to do so, or for any reason declines to exercise that function, then the decision of whom to invite to form a provincial administration or whether to call a provincial general election can be evoked to the president of Canada. The lieutenant governor’s ceremonial functions (which are valuable) can be handled by a vice premier for the purpose or the secretary of state of the province.

Apart from its anomalous title and nature, the distinction of the holder of the office of governor general has declined in stages

Again, it is one of the interesting civic facts in having a country at all to be able to devise and renovate national governmental institutions. Some such system as has been outlined here is far from lapidary but it would reflect a far-flung Confederation, assure representative government, preserve parliamentary traditions, and give the country a properly functioning bicameral system blending popular election with reward of personal distinction. We would avoid the chaos of Australia’s overly powerful Senate, and the rigidity of America’s co-equal branches where the executive and legislature have no clear connection. This would endow the Republic and Realm of Canada (or, true to Canada’s tradition of devising novel institutions for itself, the Royal Republic of Canada (Napoleon claimed his 1815 empire was a republic) with a resident and democratically chosen chief of state with real executive powers but not to the point of being able to ignore parliament in domestic, taxing, or extraordinary foreign policy matters. And Canada would retain an hereditary co–chief of state of ceremonious function but maintaining the monarchical tradition that has never been absent from Canada since the arrival of Jacques Cartier in 1534 (and that is still replicated in many of the Indigenous bands and tribes). These proposed reforms would amplify the uniqueness of Canadian federal institutions.

It will not be like falling off a log crafting a federalization of the Constitution that brings in Quebec without driving out others. But it can be done, unless, as has been the Harper–Justin Trudeau policy, the subject is ignored because it is difficult. Holders of great offices are not elected only to deal with what is easy. It cannot be approached again in eleven-sided negotiations, plus Indigenous people. None of the provinces will be more devolutional than Quebec, so what is tentatively accepted by Quebec should be generally acceptable to the others, and any note of decentralization conceded to them would be happily accepted by Quebec. In approaching this task, it should be borne in mind that sixty per cent of Quebecers would prefer, if it were available, the continuation of transfer payments and of avoidance of defence costs, Quebec controlling the money supply, at least in Quebec, while Quebec exchanged embassies with every country in the world. Harper and Trudeau have ignored the efforts of the Couillard government to resolve differences and sign on to the Constitution. Federalists will wait a long time for a Quebec government so amenable to avowed federalism.”

Conrad Black: What people are getting wrong about this entire silly affair