Conrad Black: Some predictions for the exciting year to come 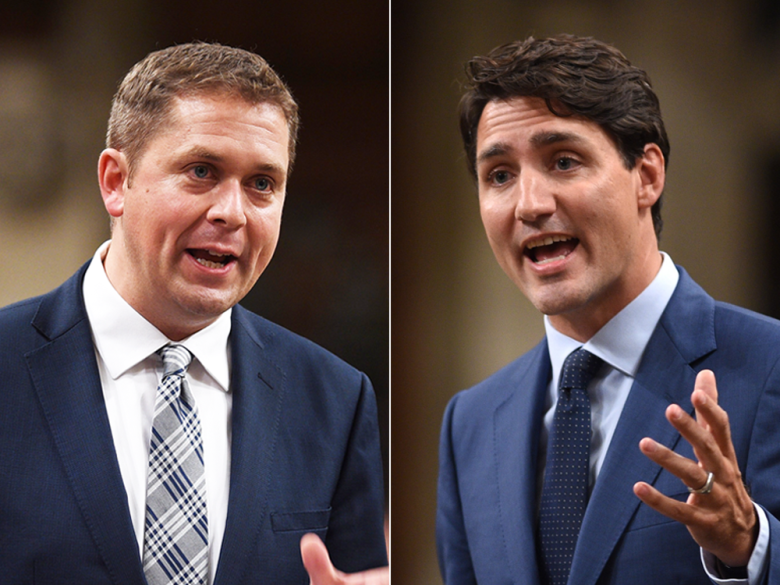 It is time for a few predictions for 2019. I’ll confine myself to political and economic matters. The economic picture in Canada will be satisfactory enough as we receive the customary spinoff from a continuing full-employment, non-inflationary economic boom in the U.S. That economy will grow at about three per cent (an additional US$700 billion of GDP, while the population grows by only half of one per cent). The U.S. workforce will continue to expand and the only unemployed people will be those changing jobs. The U.S. trade deficit will shrink by 50 per cent, energy imports will continue to decline, the federal deficit will be reduced by about a third. No one will remember the Obama “new normal” of flat-lined disposable income in buying power for the middle and working classes, two-per-cent economic growth at best, and the accompanying shrinkage of the work force, trillion-dollar federal deficits, and rising crime rates. With the Trump boom, Canadian public finances would have to be very severely mismanaged for this country not to do tolerably well. In keeping with Canada’s frequent incongruities in the appreciation of our fortunes, we will not moderate our disdain for President Trump, and will also fail to see that he is chiefly responsible for Canada’s relatively high standard of living.

It is relatively high, but it is impossible to be optimistic about Canada overhauling some of the countries whose standards of living (GDP divided by the population) have surged ahead of ours in the past 20 years, such as Ireland, the Netherlands, Germany, Taiwan, Australia, and Austria. These setbacks have all been due to mismanagement in both the private and public sectors in this country. Fifty years ago, Ireland and Taiwan were poverty-stricken and had never known anything but poverty; Germany and the Netherlands had been rebuilt after the war, but the Dutch, like the Austrians, have almost no resources and Germany has had to assimilate the dead weight of the Communist economic and sociological basket case of East Germany. Australia is rich and unscarred by war, but not as rich as Canada, less populated, and not on the doorstep of the world’s greatest market. To be fair, the World Economic Forum (a distinctly fallible and in some respects ludicrous organization, but statistically thorough), rates Canada’s quality of life as exceeded only by Finland. All the G7 countries are in the Top 20, according to their three criteria: basic human needs (medical care, housing, sanitation); foundations of well-being (education and technology); and opportunity (social equality, legal system, general fairness).

These quality of life estimations are somewhat arbitrary: a great many inhabitants of such great historic metropolitan centres as London, Paris, New York and Rome, would consider most of prize-winning Scandinavian life barbarous for its lack of world celebrities resident or passing through, and absence of highest quality museums, art galleries, opera companies or sports franchises. This debate need not be conducted here; it suffices that Canada by the usual criteria ranks very highly, and always has, and its leading cities, even by the most sophisticated standards, are very respectable. It is a splendid country, as we all know. But economically, we have lost ground, which is regrettable in itself, unnecessary, and potentially conducive to apologia-based theories that wealth is mitigated by evenness of distribution and that Canada is, the prime minster has said, a “post-national” country. Wealth and income disparity are legitimate issues, but we must be wary of weak excuses for inadequate economic growth, which is all that raises prosperity and finances creativity and all comforts.

We must be wary of weak excuses for inadequate economic growth

There is, of course, no such thing as a post-national country, and nor should any such concept be aspired to or even accepted. There are scores of pre-national countries; sovereign countries that have emerged from disbanded colonial empires or have languished as isolated sovereign states for long periods (Myanmar, Liberia, Paraguay), or been patched together in the chancelleries of the Great Powers without a thought to the ethnic and demographic facts on the ground. (All the countries created after the First World War have disintegrated: Czechoslovakia, Yugoslavia, Syria and Iraq.) Canada has been at it for over 150 years, longer than any large country with continuous political institutions except the United Kingdom and the U.S.A. We have much to be proud of in our ancestors and ourselves, as well as to be grateful for in our circumstances, and post-nationalism could throw a lot of it away.

French President Emmanuel Macron took a shot at President Trump, in his presence, on the centenary of the end of the First World War, on Nov. 11: “Nationalism is the corruption of patriotism.” He was almost immediately repudiated by his countrymen, who rioted and struck against the asinine concept of paying increased taxes on gasoline and home fuel, to pay France’s bloated social costs, all in the chimerical cause of saving the world from climate change. France was one of the founding Great Powers at the dawn of the nation state, with Britain, Spain and Turkey, and is the politically serious champion of the revolution and the coup d’état, having had nine between 1789 and 1871, and three republics and four other provisional or exile regimes since then (as well as the joys of Nazi occupation). Paris has seen it all, and it is the bellwether of sophisticated political opinion. It is not buying post-nationalism.

Paris has seen it all, and it … is not buying post-nationalism

The point of this apparent excursion from predictions is that the whole concept of what is Canada’s goal and direction is central to the federal election we will have next October. The Liberals have moved far enough left and the NDP leader (elevated after the shameful betrayal of Thomas Mulcair, a man of stature with whom I had my disagreements) is so completely unserviceable in his role that the NDP can be almost eliminated. The Conservatives have not had a leader who can lift the country’s spirits since Brian Mulroney at his strongest, and Andrew Scheer is no barnburner or stemwinder, but he’s not Joe Who (Clark) or Bob Stanfield dropping a football or eating a banana, or the terminally desiccated Stephen Harper either. Quebec will not deliver to Justin as it did to leaders it deeply admired: Wilfrid Laurier, Ernest Lapointe (as the virtual co-premier with W.L.M. King), Louis St. Laurent and Pierre Trudeau, who all carried that province en bloc. He is more like Jean Chrétien, of whom Quebec was never proud, and Scheer will gain 10 MPs in Quebec. There will not be more than three or four Liberals elected between the Lakehead and the Rocky Mountains. The far west will be closely divided between the three parties, and outside Ontario, the Conservatives will have a slight lead. I predict that Justin will lose his majority, but probably come in a nose ahead of Andrew Scheer, as his father did against Bob Stanfield in 1972. The Liberals will always outbid the Conservatives for the support of the NDP, who will suffer a near-death experience (richly deserved). But Justin and his entourage will not play that hand with anything like the cunning and panache that Pierre-E. and Jim Coutts and Michael Pitfield did.