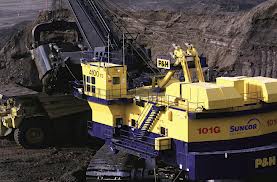 EDMONTON — Simmering disputes over the oil sands between Alberta aboriginals and the provincial and federal governments will break into the open in 2014 as virtually every one of the many recent changes in oversight of the controversial industry comes under legal and political attack.
“All litigation, all the time, is what I see on the horizon,” said Larry Innes, lawyer for the Athabasca Chipewyan First Nation.
Why 2014 will be year of big decisions for Canadian oil and gas
From decisions on pipelines, investment in LNG, what to spend and what to cut, it’s shaping up to be a landmark year for Canada’s oil and gas industry. Keep reading.
Over the last 18 months, Ottawa and Edmonton have rewritten the book on resource development. Everything from how aboriginals will be consulted to land use planning to oil sands monitoring to the basic ground rules for environmental assessment has been changed.
Governments say the new regime is more efficient, predictable and transparent. Aboriginals say it violates their rights and ignores their recommendations.
So as aboriginal groups in British Columbia prepare for an expected attack on the Northern Gateway pipeline proposal, Alberta aboriginals are pushing back with a long list of lawsuits either now or soon to be before the courts.
The Fort McKay First Nation is appealing an approval of Brion Energy’s plans for a 50,000-barrel-a-day operation northwest of Fort McMurray. It says the province has violated the constitution by setting up an energy regulator expressly forbidden to hear arguments based on aboriginal rights.
The Mikisew Cree and Frog Lake First Nation are before the courts arguing that Ottawa’s recent amendments to the Fisheries and Navigable Waters Acts run afoul of their rights.
The Beaver Lake Cree is fighting both levels of government in a case that seeks to force them to consider the cumulative effects of oil sands development when issuing new permits.
A total of 17 First Nations from around Alberta are trying to get legislation on access to public lands tossed out in a long-running case expected to go to trial this year.
The Athabasca Chipewyan First Nation plans to file a lawsuit in January attacking Ottawa’s new environmental assessment legislation after the approval of a major oil sands expansion that it says will violate both treaty rights and federal laws.
At the same time, the Alberta government’s other major oil sands initiatives are running into heavy weather.
All six First Nations in the oil sands area have requested a statutory review of the Lower Athabasca Regional Plan, the government’s attempt to balance development and environmental values. Those same bands, along with many others, have also rejected the province’s plans to centralize and control aboriginal consultation.
One major band — the Fort McKay First Nation — has pulled out of the Joint Oilsands Monitoring program, the showpiece federal-provincial effort to monitor environmental change in the oil sands.
Even the Lubicon Cree First Nation are back in court, with another try in a decades-long attempt to win a reserve and get some royalties on energy extracted from what they say is their land.
Alberta Environment and Minister Robin Campbell declined to be interviewed.
“We work with aboriginal leaders and communities in a variety of areas and will continue to do so,” said spokesman Kevin Zahara. “We will not speculate on possible legal challenges.”
A big part of the problem is simply the scale of development, said Nigel Bankes, professor of resource law at the University of Calgary.
“In the oil sands area, it’s really the intensity of the development,” he said.
“The treaties give the province the power to take up lands and the argument is there must be a limit to that. That can’t be an entitlement to take away all lands (to) which First Nations have historically exercised hunting rights.”
Those concerns grow as governments narrow who has the right to air concerns and what concerns they’re allowed to raise.
“I think that’s a fair characterization,” said Bankes, who said that process has been going on for years. “(There’s a) very narrow and stringent standing test and I think that does mean there’s a level of frustration out there.”
Not only are bands barred from raising aboriginal rights at regulatory hearings, two have recently been denied the right to even speak at ones concerning oil sands projects on their doorstep. Lawsuits happen when discussion fails, said Joe Jobin, chief operating officer of the Fort McKay First Nation.
“First Nations have always tried to work with the government on developing a policy that works for First Nations and for industry,” he said.
“The frustration is that the input is not being meaningfully considered. It’s almost like this attitude, ’Well, if you don’t like it, take us to court.”’
The result is higher costs for everyone and uncertainty for industry, said Bankes. He added Alberta is increasingly resembling lawsuit-happy British Columbia, which has few treaties.
“What we’re seeing now is the same sort of litigation that we’ve been seeing in B.C. for a long time. This is now being transplanted to the treaty context of Alberta.
“Government has said to itself, ’Things are clearer here, there’s more security precisely because we’ve got treaties.’ I guess what the litigation that we’re seeing now is calling into question is, is that really true?”
Innes said Alberta bands that have traditionally preferred to negotiate are increasingly through with talking.
“First Nations who have been investing in the process find the process is stacked against them,” he said.
“Things are coming to a head.”