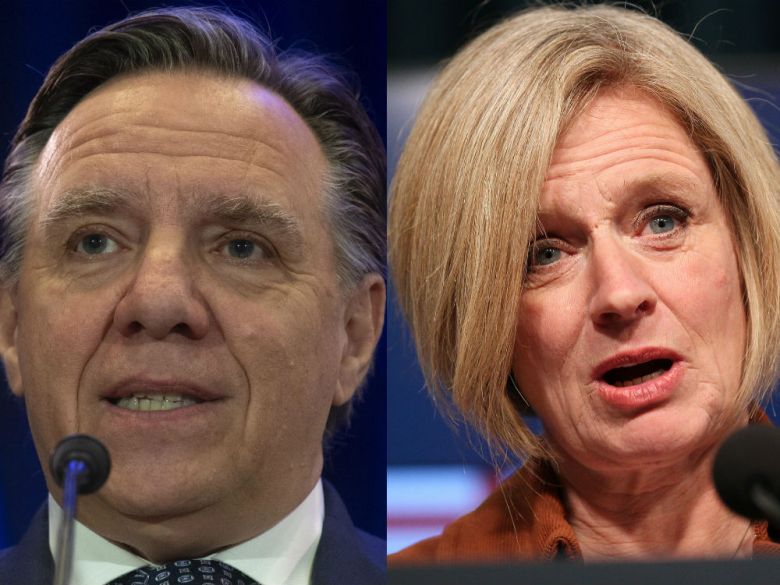 Quebec is still the Canadian province most likely associated with wanting to separate from the country, but it appears the separatist furor has shifted west — to Alberta.

A February Angus Red poll found that 50 per cent of Albertans would support secession from Canada. In contrast, in an October 2016 poll, 82 per cent of Quebecers said they have no desire to revisit the idea of sovereignty any time soon.

“In many ways, Quebec is getting a good deal in Canada,” said Angus Reid, chairman of the non-profit. “It’s getting all kinds of special treatment and so it’s not surprising that Quebecers have largely abandoned the idea of separation for now.”

Alberta, Reid added, has an economy that has been suffering because of the issues in distribution of oil and gas, leading to “tremendous frustration” within the province.

“Quebec is the favoured child of the nation while Alberta is the step-child who gets ignored,” he said.

The poll showed a 20-per-cent increase in Albertan dissatisfaction with the federal government since 1991.

“It’s like any relationship — when you finally reach the point when you’re not being listened to or being ignored, one of the options is to leave the relationship,” Reid explained.

The poll also found that Albertans were most in favour of creating a regional party to represent the interests of Western Canada, which Reid believes is far more likely than actual separation. “It’s similar in many respects to what happened in Quebec back in the 1970s with the formation of the Parti Québécois.” he said.

It depends “on what happens over the next seven of eight months.”

But we should slow down before drawing parallels between the separatist movements in Alberta and Quebec.

“Quebecers wanted more control over the mechanisms over the government — they wanted to be masters of the house,” Reid said. “Whereas Alberta is feeling alienated from the country and can’t ship their oil.”

Consequently, Quebec separating seemed like a very real possibility at one point. Reid believes the likelihood of the same thing occurring in Alberta is quite “remote.”

“There’s one lesson that Alberta has learned from Quebec is that sometimes, the squeaky wheel gets the grease,” Reid said. “ It is only by perhaps showing this anger and threatening separatism that they’ll get taken seriously by the federal government.”

The study also found Quebec was the province most likely to see Alberta’s separatism as a serious possibility, second only to Alberta itself.

“Quebec has always supported those policies which give provinces more rights and more powers — they’d like to be more in charge of their affairs,” Reid said.